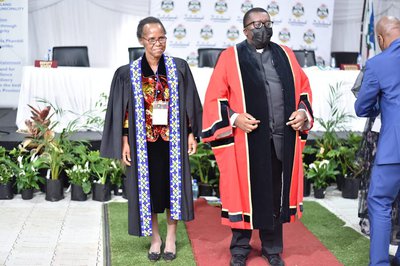 Zululand community to protest against mayor

Thulasizwe Buthelezi is accused of corruption, fraud and waste of municipal funds.

March leader Sanele Kunene said the mayor would have spent more than R240 million on his VIP protection.

“So that’s what we’re marching against. It’s not the first time parliament has mismanaged finances. We’ve seen that they’ve also gone through tender meetings as well as interviews, saying who is and is not named, so it’s a one man show. He’s the one who pulls the shots in the town.”

Last year, residents of Ulundi opened a fraud case against Buthelezi over allegations he spent R5million on a business breakfast in Durban before the launch of the IFP manifesto.

Buthelezi, who is a member of the party, denied the amount at the time.

Kunene says Zululand is supposed to provide them with water.

“The municipality has a deficit of 240 million, which means that in a few months it may not be able to pay for municipal water.”

The group will begin their march to Ulundi’s Old Parliament at 9am, with the leader delivering his memorandum to Zululand District Municipality offices