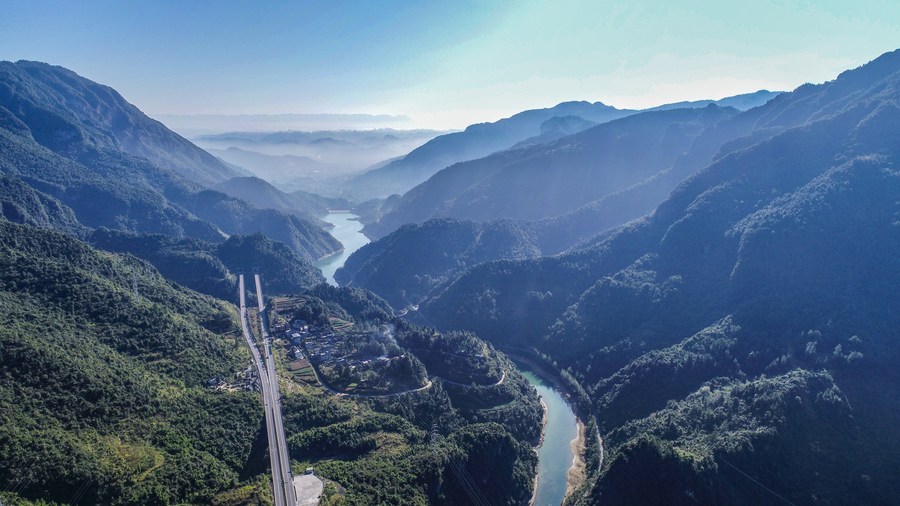 Over the past decade, China has advanced its economy’s green transition under the leadership of President Xi Jinping’s Ecological Civilization Thought, which stems from the Chinese perception, or reflection, of the relationship between human and nature.

BEIJING, March 26 (Xinhua) — People around the world are expected to turn off lights at 8:30 p.m. local time on Saturday to mark Earth Hour 2022, an environmental movement calling for global solidarity to protect Mother Nature.

With the theme “Shaping Our Future”, this year’s event aims to inspire people to take concrete action for a better future for the planet.

Over the past decade, China has advanced its economy’s green transition under the leadership of President Xi Jinping’s Ecological Civilization Thought, which stems from the Chinese perception, or reflection, of the relationship between human and nature.

On several occasions, Xi has expounded on his philosophy which also emphasizes promoting international cooperation for an environmentally friendly world.

Here are some highlights of his remarks.

In his keynote speech at the leaders’ summit of the 15th meeting of the Conference of the Parties to the Convention on Biological Diversity, known as COP15, Xi stressed the importance of international coordination in promoting civilization. ecological.

“We should strengthen solidarity to overcome difficulties and enable people of all countries to benefit more and more equitably from development results and a healthy environment, so as to build a homeland of common development for all countries” , Xi said.

In his speech during the general debate of the 76th session of the UN General Assembly, Xi reiterated the need to achieve harmonious coexistence between the human race and nature.

“We must improve global environmental governance, actively respond to climate change and create a community of life for people and nature. We must accelerate the transition to a green and low-carbon economy and achieve a recovery and a green development,” he said.

China will step up support for other developing countries in developing green and low-carbon energy, and will not build new overseas coal-fired power projects, the Chinese president said.

At the opening ceremony of the Boao Forum for Asia’s 2021 annual conference, Xi called for efforts to boost cooperation on green infrastructure, green energy and green finance.

During a video conference with European Union leaders, Xi urged China and Europe to “fully play their high-level dialogue mechanism on environment and climate, and support each other in the process.” organization of international conferences on biodiversity, climate change and environmental conservation”. nature.”

During his speech at the UN Biodiversity Summit, Xi called on all parties to adhere to ecological civilization and step up the drive to build a beautiful world, saying biodiversity affects people’s well-being. humanity and constitutes the very basis of the human race. to survive and thrive.

China is willing to share with all parties its experience in biodiversity governance and ecological progress, he added. ■