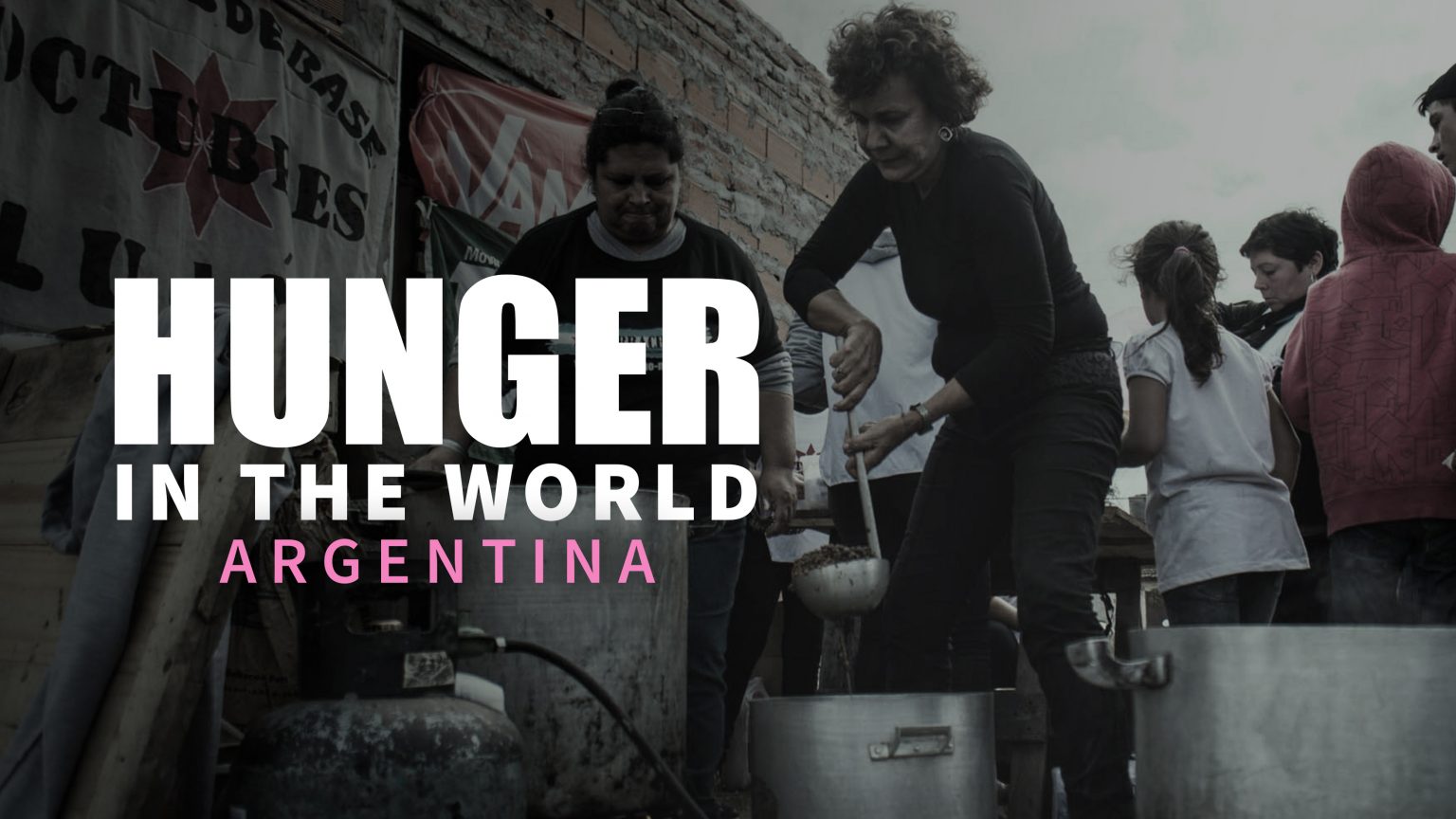 What united us was empathy: community organizations help fight hunger in Argentina

What will the world be like when we come out of the pandemic? Will we have a fairer and more united world? Will there be a retreat from individualism and a demystification of the myth of meritocracy? These are some of the questions analysts, politicians, journalists and society at large have asked themselves at the start of this global pandemic.

The hope that this health crisis would become the engine of a more just world and the lessons of collective care faded as the pandemic progressed with increasing force. As the pandemic escalated, the “beggar-thy-neighbor” philosophy was adopted by most governments around the world, instead of “we’ll be better and all of us together.” Social movements had to fill the void.

After more than a year and a half in isolation, the evidence shows that the world has not changed. The pandemic deepened pre-existing social inequalities and the beneficiaries were still the same.

2020 has seen billionaires increase their wealth by $ 5,000 billion and an unprecedented increase in their numbers. Data released in January 2020 by OXFAM indicated that the richest 1% (around 2,150 people) had more wealth than 60% of the world’s population (around 4.6 billion people).

Inequality and poverty have also increased around the world, especially in Latin America. Data from The World released in June 2021 showed an additional 97 million people fell into extreme poverty by 2020.

In Argentina, the data published by INDEC at the end of March 2021 are conclusive in this regard: 42% of the population lives below the poverty line (one point more than in the second half of 2019) and 10.5% of the population is in extreme poverty (two points more compared to the same period). The aggravating factor for people living in extreme poverty is the gap between the average family income and the price of the basic food basket. This gap is steadily widening due to uncontrolled inflation. In other words, those who are below the extreme poverty line are getting poorer and poorer. This shows that the pandemic has fundamentally affected those who have the least and has deepened social inequalities.

The most affected by the crisis are young people: nearly 8.3 million girls and boys live in monetary poverty, or 62.9% of the total population of children and adolescents. And 2.4 million live in extreme poverty.

In this context, the national government, through the Ministry of Social Development, launched the “Argentina against hunger” support program for the most vulnerable sectors of society. Around 133,234 million pesos were invested in 2020, an increase of 451% from the previous year.

Thanks to the Carte Alimentar, the Council’s first measure against Hunger, around 95 million pesos have been invested across the country. From 20 AugustA total of 3,885,067 people have benefited from the Card, including 3,764,278 families with children under 14; 48,820 families with disabled children; and 71,969 pregnant people.

Another initiative of the Argentine government has been the extraordinary tax on large fortunes, intended for taxpayers whose declared income exceeds 200 million pesos. By the end of April, nearly 80% of this group had already paid this tax and the state was able to collect 223 billion pesos for the purchase of medical equipment, subsidies to SMEs, scholarships and housing programs in disadvantaged neighborhoods. Of the approximately 2,000 people who have not paid, some have gone so far as to file lawsuits calling the measure illegal and unconstitutional.

Solidarity and organization: the pillars of the food aid program

The impact of four years of neoliberal policies and restrictions due to the pandemic have prevented many from doing informal work. With the majority unable to make ends meet, the food insecure population has increased. At this point, social and community organizations – driven by the spirit of solidarity – emerged to coordinate with the state in order to improve the problems faced by the population.

A woman prepares food in the Parque Lasa community kitchen in LujÃ¡n which was organized with CTD-Anibal VerÃ³n. Photo: Facundo Felice

Parque Lasa is a district of the city of LujÃ¡n, a municipality of 120,000 inhabitants located in the west of the populated province of Buenos Aires. It is a district historically forgotten by the state.

During the most severe phase of quarantine, more than 200 meals were prepared in the neighborhood Sociedad de Fomento (a neighborhood non-profit organization that works to support the community) Monday to Friday to help families hardest hit by the economic crisis.

Juan Acotto de la Coordinadora de Trabajadores Desocupados -CTD Anibal VerÃ³n [Movement of Unemployed Workers-Anibal VerÃ³n] recalled how the organization offered to help municipal authorities when announcing the isolation measures. “While the main thing was to respect the isolation measures, we knew there would be an impact on the economy of those who lead a day-to-day existence.”

In the various food assistance spaces operating throughout the LujÃ¡n region, more than 9,000 families and an estimated population of over 35,000 have been supported on a monthly basis.

Distribution of food in a community kitchen in LujÃ¡n. Photo: Victoria Nordenstahl

The municipality coordinated with social organizations that promoted soup kitchens in the neighborhoods. Thanks to soup kitchens and snack bars, 1,600 families were helped, which equates to 6,500 people.

Juan said the human development field and the food emergency committee have called a meeting to organize the assistance system. They set up a series of neighborhood groups to work with social organizations.

â€œIn Parque Lasa, the organization had already been operating a community kitchen for years. He added: â€œWe made this space available and then we started working with the Sociedad de Fomento and the Centro de AtenciÃ³n Primaria de Salud (Primary health care center). This is how the sub-command of Parque Lasa, Americano, Barrio Universidad and El TrÃ©bol was formed.

The leader of the CTD – Anibal VerÃ³n highlighted two concepts: solidarity and organization. â€œFaced with this situation, there was and still is a lot of solidarity in our community. We know neighbors, comrades who, day after day, give everything to meet the challenge of hunger in such poor neighborhoods.

ElÃ­as Sosa, a resident of the community who approached Sociedad de Fomento, eager to volunteer at the community kitchen, echoed the sentiment. “These are situations where solidarity and social commitment become visible,” he said, adding that community members were among the most affected by the pandemic and the isolation measures. â€œAlthough we all go through this moment in different ways, I think what brought us together is empathy,â€ he said.

He expressed the wish that this time be used by the State and various social, militant and neighborhood organizations to work together and effectively contribute to responding to the problems facing populations.

The sense of abandonment felt by many communities across Argentina has shown the state the urgent need to implement measures to deal with the structural problems of the country. The solidarity of social organizations and neighborhood groups was one of the driving forces that enabled the excluded to survive.

With the pandemic far from over, the slowness of vaccination and the increasingly radicalized discourse of an unscrupulous and power-hungry political opposition make it clear that the need of the hour is to defeat the hunger that plagues the country. majority. This alone will make it possible to advance in the resolution of other pressing problems such as education and development, which could finally restore to Argentinian men and women the dignity taken away by the years of voracious neoliberalism.

2021-09-13
Previous Post: From a member of the municipality to the CM of Gujarat; The coming to power of Bhupendra Patel
Next Post: Izmir Metropolitan Municipality establishes new forest fire detachments