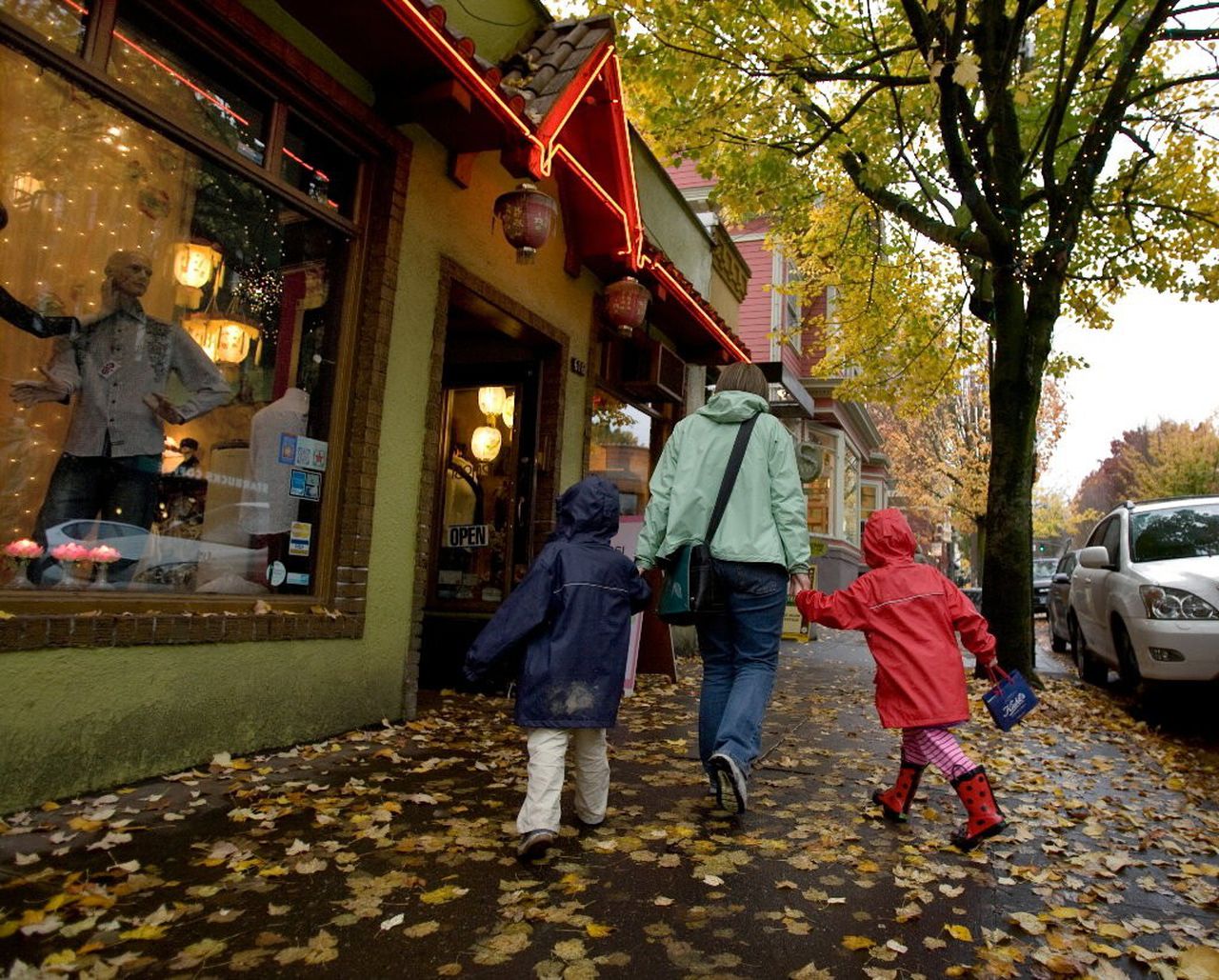 Walkable City review: walking is the key to a livable urban area

“is both a forceful analysis of what’s wrong in most cities and a 10-step program to fix it. With 80 percent of Americans now living in urban areas, anyone interested in improving the quality of life in the city should read this book and take it into account.

Part of the reason that suburban property values â€‹â€‹continue to languish, in Portland and elsewhere, as downtown housing prices have largely recovered from the 2008 housing collapse, is in the inherent benefits of living. within walking distance of shops, services and transport. If you don’t know your neighborhood’s “walking score”, I suggest you find it – it may have more of an impact on your long-term financial health than your 401 (k).

The enemy of the Inhabitable City – the Destroyer of Worlds – was the car. The enormous apparatus of highways, freeways and parking lots built over the past 100 years, Speck demonstrates with disturbing clarity, has destroyed what made city life attractive in the first place to meet the needs of the automobile. The compromises were transitory. Urban planners have succumbed to the car so completely that planned suburbs have given up sidewalks altogether and designed streets for cars only. (One of the saddest facts Speck puts forward is that only 15 percent of children walk to school now. Walking to school isn’t just good exercise, it’s a good exercise. powerful instrument of socialization.) Wherever walking is dangerous, property values â€‹â€‹fall, trade ceases and the quality of life decreases. To reverse this process, you have to find a way to get people back on their feet. Speck’s 10-step manifesto points the way forward, with humor and grace and just a hint of urban elitist zeal.

Traffic jams, in a perverse way, help achieve this goal. Speck is gathering compelling evidence that building more freeways worsens rather than solves the traffic problem and pushes affordable housing away from the city center. The accidental freeway removal experiment carried out in San Francisco when the Embarcadero Freeway collapsed in the 1989 earthquake showed that the freeway removal improved San Francisco’s already attractive urban texture from many measurable ways, such as attracting shops and apartments and increasing tax revenue. . People found safer ways to get around the surface streets, but they also used public transport and looked for accommodation closer to work.

Portland is a model among American cities, argues Speck, because its politicians, planners and citizens understand the broader benefits of policies that encourage walking. Portlanders pay attention to trees, bike paths, and public transportation. It’s relatively easy to live comfortably here and not own a car. Portland is not New York, but its vibe is closer to Copenhagen or Amsterdam than it is to Detroit or, God forbid, Beijing. Mayor-elect Charlie Hales is one of the advocates for the march cited by Speck. There are also many nods in “Walkable City” to Jeff Mapes of the Oregonian, author of “Pedaling Revolution”, which Speck calls “the seminal book on urban cycling.” Cycling works best in tandem (so to speak) with walking, not as a separate domain.

Walmart can be accused of destroying small town shopping cores, but Speck’s analysis suggests that the enthusiasm of traffic engineers to speed motorists in city centers was the real killer. The traffic lanes that once greeted shoppers with curbside parking and pleasant sidewalks under a shaded canopy have been converted, to use Speck’s scathing expression, into “auto sewers.” They welcomed the cars, not the buyers. Restoring walkability is the antidote to dull, gutted pits left behind by failed experiments with pedestrianized malls, one-way gates and elevated highways.

The crucial idea of â€‹â€‹what makes a city safe to drive, cycle and walk at the same time came from the counterintuitive Dutch traffic engineer Hans Monderman. We have all known the effect of a power outage on traffic. During power outages, drivers crawl to intersections and carefully watch other cars before continuing. Monderman incorporated this into a theory based, as Speck notes, on two “interrelated concepts: bare streets and shared space.” The bare street has no stop signs, signals or tapes – it announces to every driver, pedestrian and cyclist: beware. â€œShared spaceâ€ complements the â€œbare streetâ€ – it eliminates curbs, sidewalks and barriers. “The goal,” Speck writes, “is to create an environment of such ambiguity that cars, cyclists and pedestrians all come together in one great bowl of humanity.”