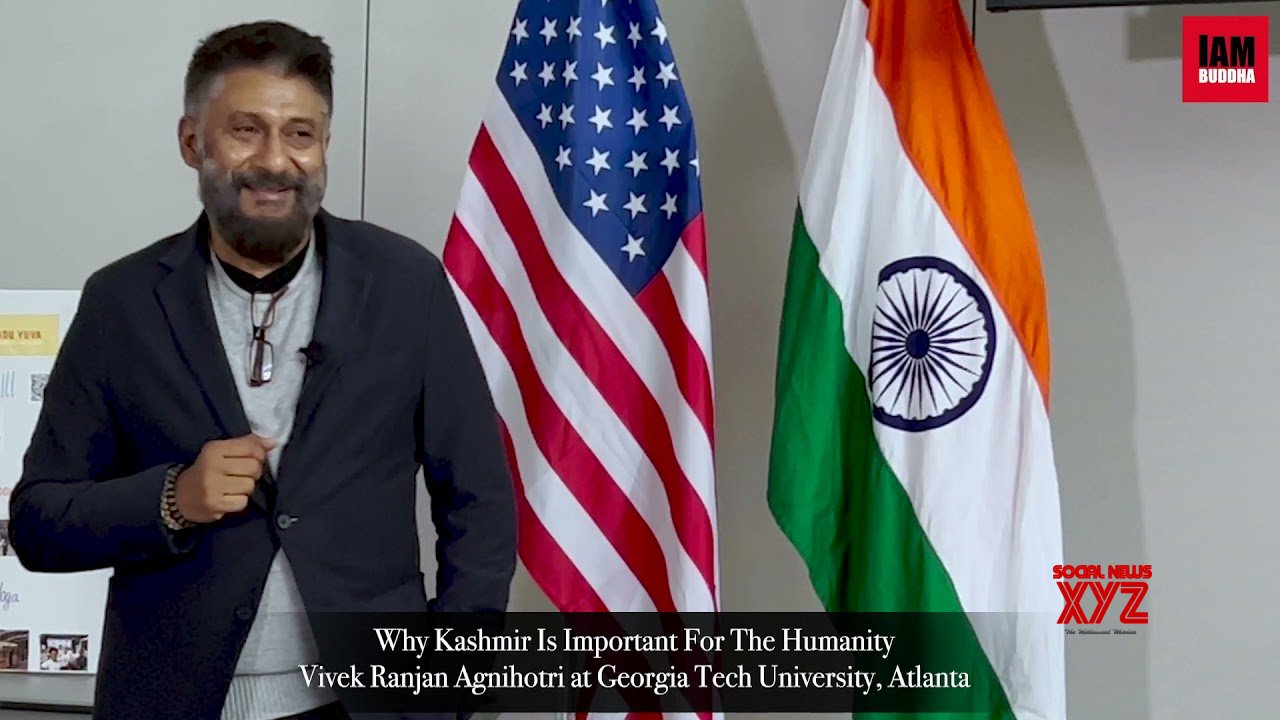 Vivek Ranjan Agnihotri’s inspiring speech on Hindu philosophy and civilization in the United States left the audience in awe!

Apart from being a prolific filmmaker, Vivek Ranjan Agnihotri is also known for his motivational speeches on various occasions. The visionary storyteller recently left audiences spellbound at Georgia Tech University in Atlanta (USA) with his admiring speech on “Why is Kashmir important to humanity?” »

Vivek and his actor-wife Pallavi Joshi are currently stationed in the United States for over a month for the special screenings of their highly anticipated film “The Kashmir Files” in different cities.

Considered one of the most important, relevant and unreported accounts in Indian history, Vivek’s upcoming “The Kashmir Files” has been invited by several prestigious institutes and organizations in the United States. While the critically acclaimed filmmaker and Pallavi Joshi raved about the huge and heartfelt response reaching them at film screenings, Vivek recently delivered a powerful speech at Gerogia Tech University that created waves in his hometown, in India too.

A source says, “Making a film like ‘The Kashmir Files’ takes vision, courage and determination. And going through the last two films that Vivek has made focusing on different serious issues prevalent in our society, he again opted for a difficult subject like “The Kashmir Files” as his next film. In addition to doing special screenings of “The Kashmir Files”, Vivek and Pallavi visited different cities in the United States, attending seminars and giving speeches at prestigious universities to raise awareness of such an important history, relevant and unique from India.

By Vivek’s own admission, “I will go all the way to tell the world about the greatness of Hindu civilization. If world peace is the problem, Hindu philosophy is the only answer.

After garnering accolades for his latest critically acclaimed film “The Tashkent Files” which won the prestigious national award starting this year, Zee Studios and writer-director Vivek Ranjan Agnihotri have collaborated again to present another film hard-hitting, “The Kashmir Files is scheduled for theatrical release on January 26, 2022.

True to its title, “The Kashmir Files” is a true story, based on video interviews of the first generation of Kashmir genocide victims from the Kashmiri Pandit community. It is a harrowing account of the pain, suffering, struggle and trauma of Kashmiri pundits and challenges telling facts about democracy, religion, politics and humanity.

An Indian-American news site. It covers gossip, politics, movies, technology and sports news and photo galleries and live event coverage via Youtube. The website was established in 2015 and is owned by AGK FIRE INC.