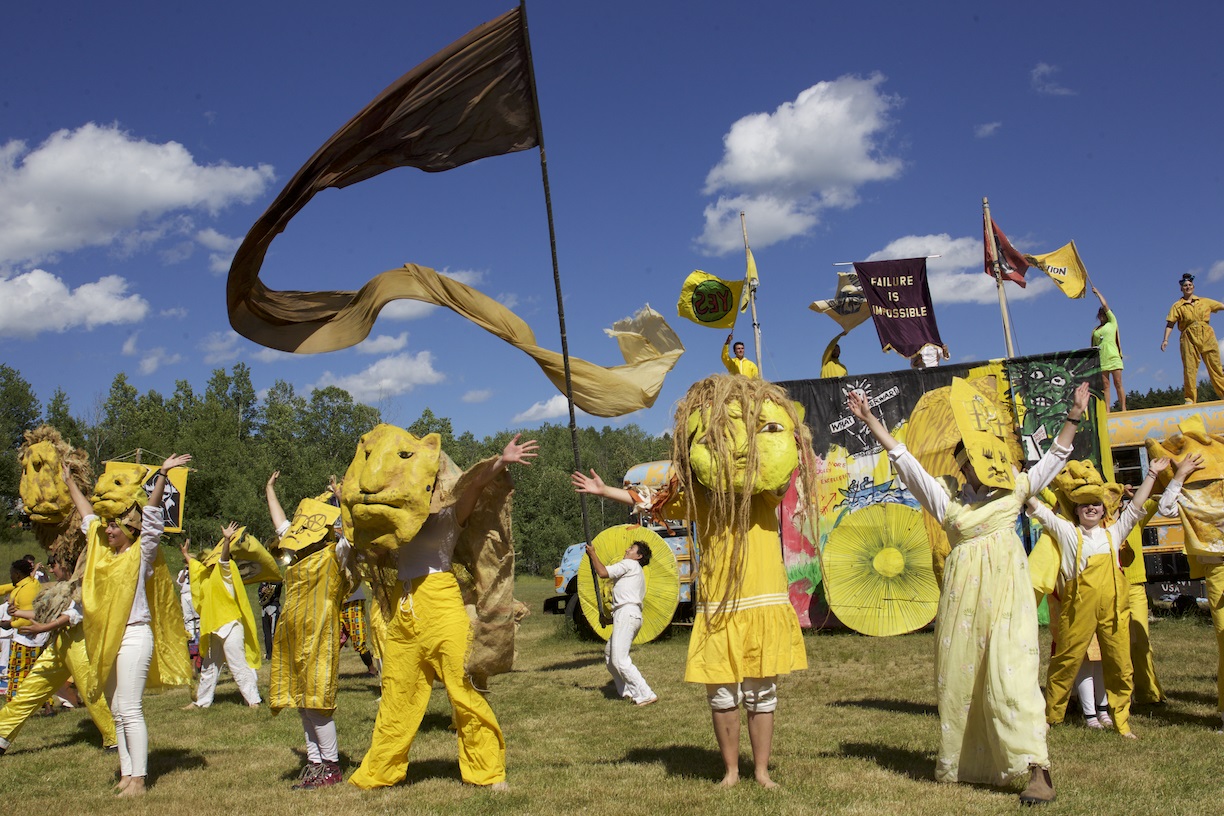 FARMINGTON — The Emery Community Arts Center is hosting the Bread & Puppet Theater at the University of Maine on the Farmington campus to present its new play, “Our Domestic Resurrection Circus: Apocalypse Defiance,” on September 9.

The show will be at 8 p.m. and doors open at 7:30 p.m. General admission is a suggested donation of $10-$25, no one will be turned away for lack of funds. Entry for students is free. Tickets will be available at the door beginning at 7 p.m. on the night of the performance. To reserve tickets in advance, please contact Lisa Gallant (email: [email protected], phone: 207-778-7199).

A classic returns with Bread and Puppet Theater’s “Our Domestic Resurrection Circus: Apocalypse Defiance” to answer the pressing stories and questions of the day! This joyful spectacle of protest and celebration includes flag waving, cardboard clowns, prancing blue horses and the Bread & Puppet’s Doing-The-Best-We-Can marching band. The show, says director Peter Schumann, is “in response to our utterly unresurrected capitalist situation, not only to the hundreds of thousands of needlessly sacrificed victims of the pandemic, but to our culture’s reluctance to acknowledge Mother Earth’s revolt. against our civilization. Since we earthlings do not live up to our obligations as earthlings, we need resurrection circuses to cry out against our own stupidity.

The Bread & Puppet Theater is an internationally acclaimed company that champions a visually rich brand of performance art street theater filled with music, dance and slapstick. Believing that theater is a basic necessity like bread, the company frequently takes its work to the streets for those who otherwise wouldn’t be able to go to the theater. His shows are political and spectacular, with puppets often on stilts, wearing huge masks with expressive faces, singing, dancing and playing music.

Bread & Puppet are recognized worldwide and have distinguished themselves at festivals in Italy, Poland, Colombia and Yugoslavia, beginning with their outstanding performances at the 1968 Nancy Festival in France. Notable awards include the Erasmus Prize from Amsterdam, 4 Obies, the President’s Award from the Puppeteers of America, and the Governor’s Award from Vermont. Bread and Puppet tours regularly in Europe, Canada and the United States and recently visited El Salvador, Haiti, Russia and Korea.

Founded in 1963 by Peter Schumann on New York’s Lower East Side, the theater has been based in the Northeastern Kingdom of Vermont since the early 1970s and is one of the oldest independent non-profit theater companies from the country.

After each show, Bread & Puppet will serve its famous sourdough rye bread with aioli, and Bread & Puppet’s “Cheap Art” – books, posters, postcards, flyers and banners from the Bread & Puppet Press – will be for sale.

The Emery Community Arts Center is an innovative and experimental venue for the arts in western Maine. It includes an exciting 2,500 square foot, 109-seat multipurpose performance space with dynamic vertical pocket doors that open to an outdoor performance area and a 1,600 square foot Flex-Space Gallery for traditional exhibits, new media and performance art. A dramatic interior hallway provides additional exhibit space and connects the center to the UMF Alumni Theater.

More articles from the BDN