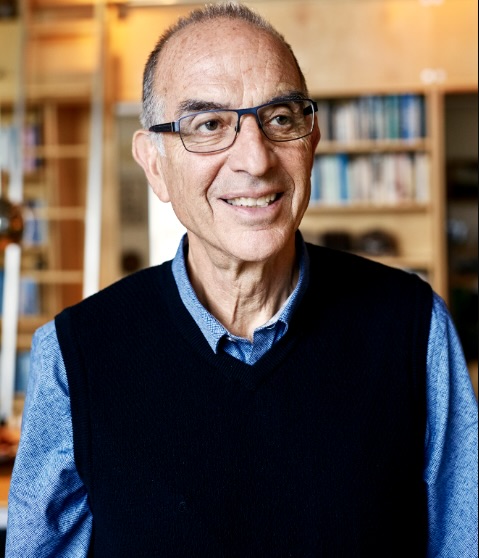 “To say that Doug Ford is the chief planner of all the municipalities in Ontario is madness”: a conversation with urban designer Ken Greenberg

Ontario Premier Doug Ford was re-elected earlier this month on a promise to build more housing and more highways to accommodate a rapidly growing population in the Greater Toronto Area and beyond. .

During its first term, Ford’s Progressive Conservative government pushed municipalities to expand urban boundaries, encouraging the development of sprawling suburbs. He also began to weigh in by using Minister’s Zoning Orders (MZOs) to override local governments and citizens who were not following provincial plans.

Previously, these zoning bylaws were used approximately once a year.

Get the best stories delivered to your inbox.

Our award-winning journalists bring you the news that matters to you, Canada and the world. Don’t miss.

More recently, the government used “enhanced” MZOs to ram through plans for a sea of ​​high-rises north of Toronto in York Region despite vocal local opposition. If built, the neighborhoods would be some of the densest on the planet, with 67 of the towers planned for the area rising 80 stories – taller than any building in downtown Toronto, outside exception of the CN Tower.

Ken Greenberg has worked in the field of urban design for over 40 years, including a decade as Director of Urban Design and Architecture for the City of Toronto. Now a consultant, Greenberg’s work “sits at the intersection of urban design, architecture, landscape, mobility, social and economic development.” He is the author of two books, a member of the Order of Canada and is involved in numerous non-profit organizations working for the betterment of the community.

Canadian National Observer spoke to Greenberg about Ontario’s current “high and wide” approach to housing development and what it takes to build affordable, climate-friendly and livable communities. The interview has been edited for length and clarity.

What is “big and wide” and how did it come about?

Big and expansive is not a new idea. It describes the two predominant forms in which we grew up in the Greater Golden Horseshoe.

If you go back to the 60s, 70s, and 80s, we built about 2,000 of these big towers that you see on the horizon. They were usually 20, 25 stories high. They were riding everywhere, especially along highways because the assumption was that that would be the predominant way for people to get around. Many of them were rentals and were for young people until they scraped together enough money to put down a mortgage and move to a suburb and raise kids.

The other form was the sprawling, low-density suburbs that started happening everywhere, also completely oriented around the automobile.

Fast forward to the present: what we have is a reductive, cruder version of the same thing happening.

You wrote that “rise and sprawl” is a problematic approach and will not solve the housing crisis in Ontario. What’s wrong with that?

We live in the fastest [growing] urban area in North America. So the big question arises, as in the 20th century: where will all these people live, and what will be the shape of our city-region to accommodate all this additional population? I mean “house” not only in the sense of housing units, but what kind of communities will people live in? It’s a collection of hip-related issues that we need to tackle together.

One of them is the existential threat of climate change. We need to shift to a way of life where we reduce our carbon footprint, where we live more sustainably, where we build in a way that inherently enables us to meet our climate goals.

A second challenge is affordability. What has happened with housing since that time is that it has become a financial commodity. And the price of housing is no longer based on simple supply and demand, it is based on a proposition of equity around housing, which has attracted many large financial companies to embark on building a portfolio actions around housing. It attracts many foreign buyers who come to deposit their money in Canada.

All of this makes a lot of housing unaffordable. So we need to address all of these things together.

The good news is that in the meantime, we’ve learned so much about what it takes to create what we call complete communities: communities that are home to people of all ages, that are walkable, that are compact, where you can live, work, buy your groceries, have access to public transport, cycle to do daily things, walk the children and cycle to school. They’re inherently better in terms of lowering the carbon footprint, but also better in terms of public health, physical health, mental health – they’re just better in so many ways. We have learned all these lessons.

If we just say, wrongly, that it’s a supply problem, that if we just let developers build more and more housing, we’ll get to affordability…then the two easiest places to go are just to let people build higher and higher, and eat into the Greenbelt and allow sprawl to happen.

You have been involved in urban design for a long time in many governments. What do you think of the increased use of provincial ministerial powers (MZO and EMZO) to override municipalities?

Part of it all is saying, “Local government doesn’t work, so we have to ignore it. All communities are NIMBYs and they’ve taken local governments hostage, so you can’t rely on them. So we have to make decisions away from local elected councils and we have to make them from above.” We can just go straight to our friends at Queen’s Park and ask for an MZO and we can bypass the whole planning process.

It’s disastrous because we get this extremely crude and ultimately unsustainable form of development. There are problems with local governments and with bureaucracies, and things can be speeded up and things can be improved. But to basically say that Doug Ford is the chief planner of all municipalities in Ontario, which is to say, is madness.

2022-06-10
Previous Post: Wynne has been busy improving the community
Next Post: The municipality will allocate 3 sites for the accommodation of expatriate workers – ARAB TIMES