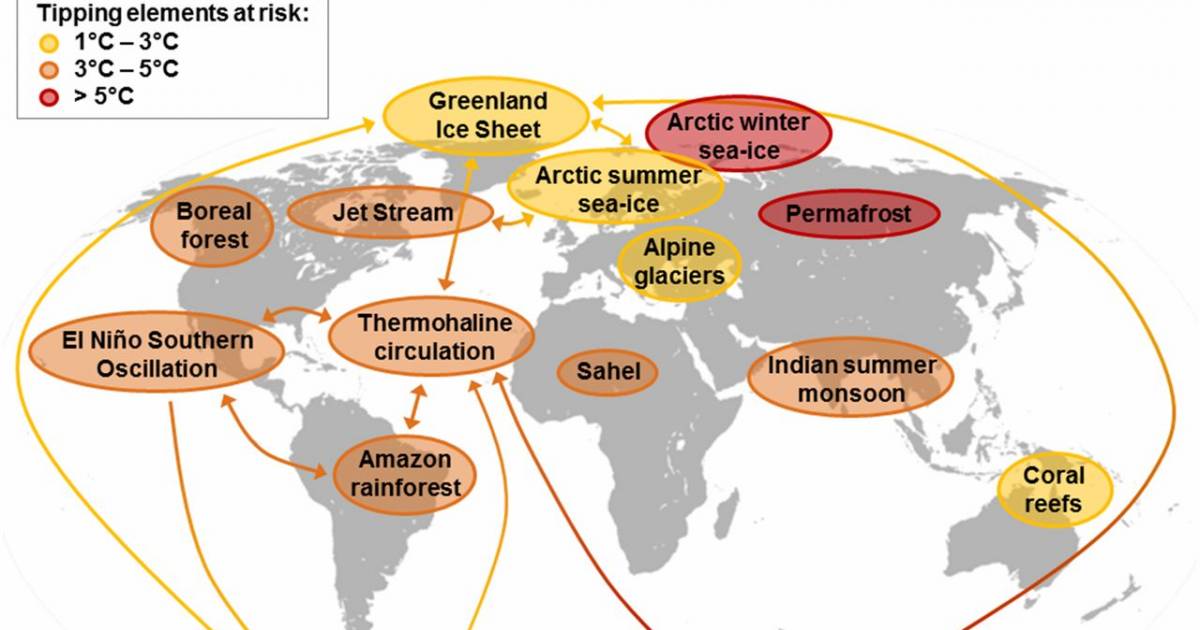 Tim Louis: A terrible warning about the end of human civilization due to climate feedback loops

Last Monday (March 7) as I watched by Paul Jay podcast, A terrible warning about the end of human civilizationon theAnalysis.news website, my worst fears have been confirmed – the climate crisis is an order of magnitude more catastrophic than we realize.

The March 7 podcast featured Jay interviewing a doctor Dr Peter Carter on the report Climate change 2022: impacts, adaptation and vulnerabilitypublished on February 28 by the Intergovernmental Panel on Climate Change (IPCC)— a report more disastrous than any previous IPCC report. Carter is the founding director of the Canadian Association of Physicians for the Environment (CAPE) and more recently founder of the Climate Emergencies Institute.

This latest IPCC report is different from all previous reports. He no longer focuses on the things that could happen. He now focuses on what is already happening. The scientific evidence is now unequivocal that climate change threatens the population of the entire planet and the well-being of the planet itself.

Carter says very clearly that there is no longer any possibility of stabilizing our climate with a temperature increase of 1.5°C since the beginning of the industrial revolution. Stabilizing it with an increase of 2°C will certainly not be possible either.

Carter adds that even if we could stabilize at 1.5°C, which we are not going to do, we would still be in a very serious situation, with a large number of people losing their lives due to episodes of heat, forest fires and falling food production.

To make the criminality of the crisis understood, he quoted UN Secretary General António Guterreswho said inaction on the climate crisis has now reached the level of criminality.

James Hansendirector of the Climate Science, Awareness and Solutions Program at Columbia University Earth Institutetells us that an increase of 2°C is the end of the world for humanity.

This is because 2°C is the tipping point of all tipping points. It will trigger eight to 10 powerful sources of amplification carbon feedback. Some examples of carbon feedbacks that occur with a 2°C higher temperature are increased forest fires, mass tree mortality, and carbon drying out of peatlands. Only one of them – permafrost thaw – will release huge amounts of carbon into the atmosphere.

Another tipping point is the failure of our carbon sink. The most horrible is the lost resilience of the Amazon rainforest. The Amazon now emits more carbon than it absorbs.

If all of the above isn’t dark enough, Carter explains that previous predictions on the timeline of a temperature increase of 1.5°C (2030) and 2°C (2050) may be exceeded, largely due to the rapid disappearance of our oceans’ capacity to absorb carbon .

Become carbon neutral by 2050 doesn’t even come close to what we need to do. We must eliminate all carbon emissions as close to immediate as humanly possible. We must launch a concerted and aggressive lobbying campaign with all three levels of government – ​​municipal, provincial and federal. We must also call on workers to declare a general strike to demand an immediate end to carbon emissions.