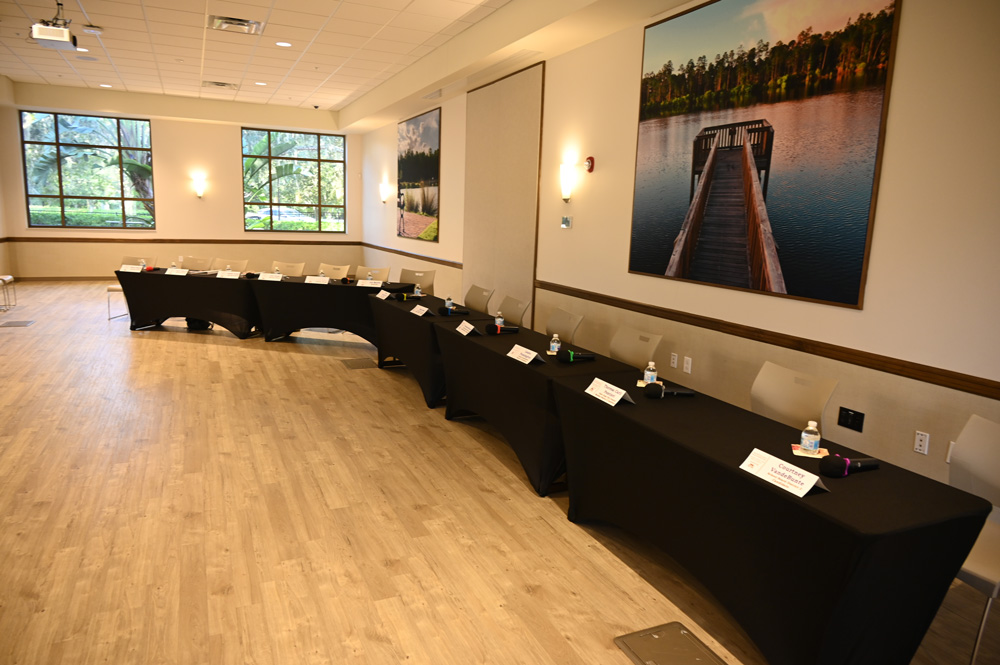 The forum features six of the final eight remaining candidates in three races in the Nov. 8 general election – for the school board, county commission and Palm Coast City Council. All are vying for open seats, so no incumbents are present.

Republican Leann Pennington, who defeated Joe Mullins, and Jane Gentile-Youd, an Independent, are running for the County Commission seat that Mullins will step down after one term. Both are on the forum.

The race for the school board is apparently non-partisan. Courtney VandeBunte and Will Furry contest the seat vacated by Janet McDonald, who opted to run for a County Commission seat but lost. VandeBunte is in the forum. Hairy is not. He did not give Tiger Bay an explanation for his absence, other than to say that he would not be present.

Two Palm Coast City Council seats are open. This election is also non-partisan. One of the races is the District 2 runoff between Alan Lowe and Theresa Carli-Pontieri, who were the top two voters in the primary, moving past Sims Jones and Shauna Kanter. Pontieri won 37% of the vote, Lowe 28%.

The District 4 headquarters includes Fernando Melendez, a member of the city’s planning board, and Cathy Heighter, a realtor and nonprofit executive. Heighter was supposed to attend – a place had been prepared for her this afternoon alongside other candidates – but she called in sick.

The questions posed tonight were solicited by Tiger Bay from its members and the community at large via emails, and selected by some of its panelists. Candidates were unaware of the questions before the forum, which is moderated by Jim Manfre of Tiger Bay, the former sheriff.

The forum should last two hours.