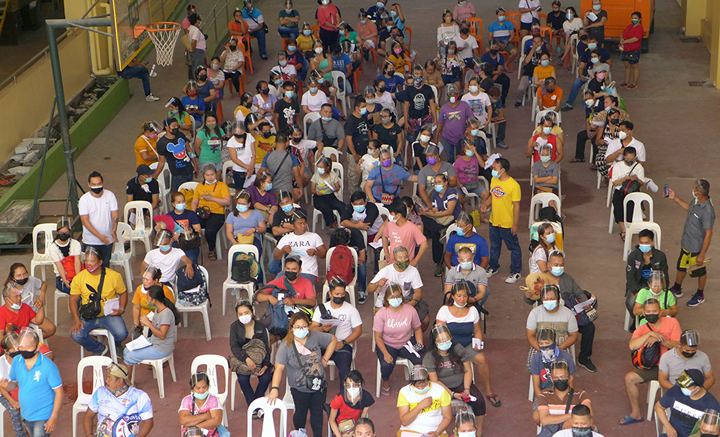 The population of the urban area increases by 7.2 million in 5 years

IN just half a decade, 7.2 million Filipinos have added to the population of people living in urban areas due to the increase in population in barangays outside the National Capital Region (NCR) , according to the Commission on Population and Development (Popcom).

This means that an average of 1.44 million Filipinos are part of the country’s growing urban population each year. This, Popcom Executive Director and Undersecretary for Population and Development Juan Antonio A. Perez III, may be due to the 3,525 barangays that could result in heavily populated barangays outside the NCR.

While 488 of the 3,525 barangays are already experiencing urbanization, Perez said, the population of these barangays has increased by 6.46 million.

“This means barangays have grown by an average of 1,832 people over the past five years,” Perez said. “(Another) conclusion that can be drawn based on rural population growth is that more and more people are choosing to stay in rural areas.”

According to Perez, the results of the 2018 National Migration Survey conducted by PSA and the University of the Philippines Population Institute (UPPI) predicted what is happening today. The NCR has been shown to lose migrants to other regions, especially the Eastern Visayas.

Citing data from the PSA-UPPI survey, he added that migration was then dominated by rural-rural migration at 48% rather than rural-urban migration at 46%.

Besides the NCR, which is classified as fully urban, four other regions have a level of urbanization above the national level of 54%, PSA said.

In terms of provinces, 11 out of 81 provinces recorded a higher level of urbanization than the national level in 2020 by 54%.

The data also showed that of the 17 highly urbanized cities (HUCs) outside the NCR, about 16 had a level of urbanization of at least 60%.

Angeles City and Mandaue City had the highest level of urbanization at 100% each, followed by the cities of Olongapo and General Santos with urbanization levels of 98.5% and 98.4% , respectively.

In terms of population, PSA said Davao City had the largest urban population among HUCs outside the NCR, with 1.63 million urban residents or an urbanization level of 91.8%.