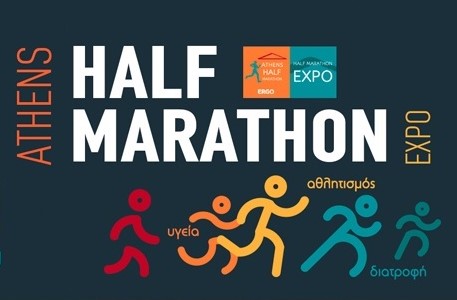 The Athens Half Marathon, one of the city’s main sporting events, co-organized by the Municipality of Athens and SEGAS, is associated with the name of the great Greek composer Mikis Theodorakis.

The Municipality of Athens accepted the unanimous proposal of the Board of Directors of SEGAS, so that the Athens Half Marathon is organized in memory of Mikis Theodorakis and at the same time a series of cultural and sports activities are organized. every year, dedicated to the great creator.

This year’s 9th Athens Half Marathon will take place on Sunday, September 12, after a two-year absence due to the pandemic. Hundreds of runners, aged 18 and over, will once again mingle in the streets of Athens, offering the opportunity to be present at this world sports festival.

The mayor of Athens Costas Bakogiannis and the president of SEGAS Mr. Sofia Sakorafa were guided on Friday morning to the exhibition of the 9th half marathon which takes place at the Seraphio sports center of the municipality.

In a statement, Mr. Bakoyannis noted:

â€œAthens is coming back after the difficulties we have all encountered with the pandemic. And he returns in the best possible conditions. It is the first mass road race in Europe, which takes place in sanitary conditions. I would like to warmly congratulate SEGAS. , because it opens a new road for the whole of Europe, but also a new road for the improvement of the conditions and the quality of life in the center of Athens. And of course, the thing to keep in mind is that sport comes and goes with culture. As the Marathon is organized in memory of Grigoris Lambrakis, we would like the Half Marathon to be organized in memory of Mikis Theodorakis. Two great Greeks who by their example inspire us until today, but also who can inspire future generations “.

For her part, the President of SEGAS, Mrs. Sofia Sakorafa, underlined: â€œWe are proud that the presence of the Mayor here marks the beginning of the mass races, from which we have not benefited in the last two years. thank all the staff of SEGAS, our employees and technicians, for the superhuman effort they have made to achieve such a great feat, to organize such races, which have a pan-European and global reach. I would also like to thank our sponsors, first of all ERGO, our volunteers, who offer their non-profit, EKAB and traffic management services, who have helped us in this effort.With the Mayor of Athens, Costas Bakogiannis and the president of the sports organization, Anna Rokofyllou, we are in good cooperation, we had endless discussions, which found a favorable ground, in order to continue to have substantial cooperation at other levels, such as culture . We are very happy that the Municipality of Athens has accepted the unanimous decision of the SEGAS Board of Directors, to dedicate the Athens Half Marathon to the memory of Mikis Theodorakis, our great creator, Panellinas. At the same time, in the week leading up to the race, in cooperation with the municipality, a series of cultural events will take place “.

The start will be given on Sunday September 12 at 7:30 a.m. from the Monument to the Unknown Soldier and the route will end on avenue Amalias until 11:00 a.m.

The registration center, from which all registered runners receive their number and material to participate in the race, is hosted at the Serafio Sports Center of the Municipality of Athens (Piraeus 160 and Petrou Ralli) and will remain open to the public. today Friday (10/9) and tomorrow Saturday (11/9) from 10 a.m. to 8 p.m.

Eligible to participate in this year’s event are runners, who are either fully vaccinated against the COVID-19 disease or present a certificate proving that they are ill.

2021-09-10
Previous Post: It was almost impossible for my children to see me in prison. Then COVID-19 hit.
Next Post: Caronport Hires Former Moose Jaw Police Officer as New Community Safety Officer