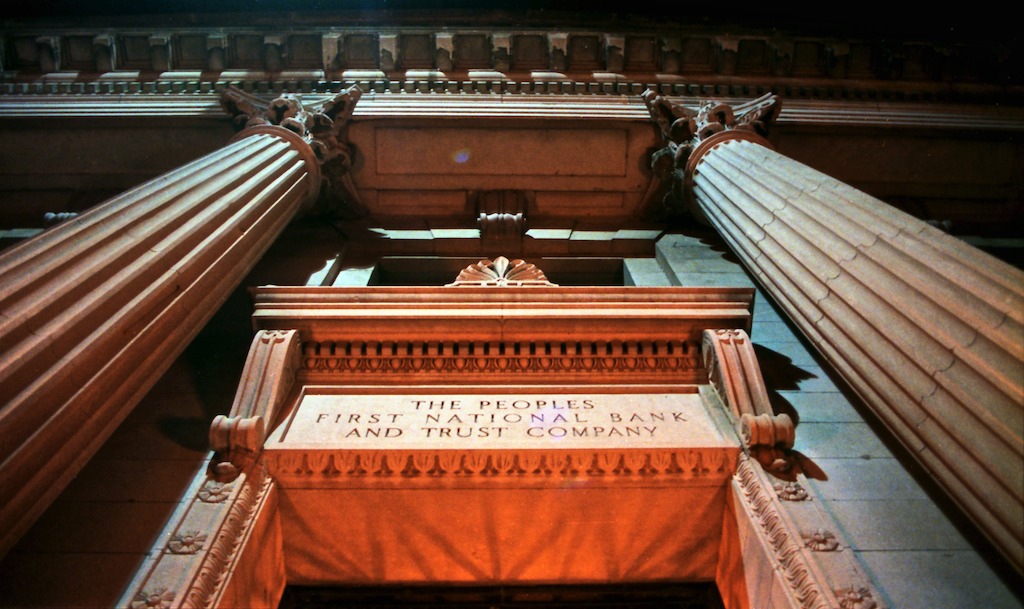 The Latest in Banking Reform for the People

If you’re in favor of the status quo when it comes to banking and basic financial services across the country, it hasn’t been a good few weeks for you.

In late September, Senator Elizabeth Warren announced her opposition to the renomination of Jerome Powell as chair of the Federal Reserve Board of Governors, citing what she feels has been a too-lax approach to financial regulation. On top of that, after months of speculation, the Biden-Harris Administration finally nominated Saule Omarova as the nation’s top banking regulator, igniting fierce pushback from banking lobbyists for her views on consolidation in the banking industry. That announcement was followed up by the October 1 confirmation of Rohit Chopra, a noted consumer watchdog, as new director of the Consumer Financial Protection Bureau.

And then came last week. Monday started with reports that the U.S. Postal Service is taking its first steps back toward postal banking. That was followed quickly by news that California Governor Gavin Newsom signed legislation taking steps toward a state-branded bank account program designed to reach those left out of the current banking system . One day later, Los Angeles City Council voted unanimously to enlist a consultant to draft a business plan and application documents for a city-owned bank that would hold municipal deposits.

All of the potential solutions from last week can get mixed up in each other’s messages, especially since some of them look to address the same systemic problems. Let’s sort through them all.

Postal banking supporters have been looking to address the fact that millions of households do not have bank accounts, or don’t have their needs met by the banks where they do hold accounts. As a result, those households often turn to costlier check-cashing services, payday lenders, auto-title lenders or other alternative financial services.

Unbanked and underbanked households spent $189 billion in fees and interest on non-bank financial products in 2018, per the most recent Financially Underserved Market Study, published annually by the Financial Health Network.

As reported in The American Prospect last Monday, in September the U.S. Postal Service quietly launched a strictly limited pilot program to re-establish itself as a provider of basic financial services across the country. (The postal service offered savings accounts from 1910 to 1966.) In four post office branches, customers can cash checks of up to $500, for a flat fee of $5.95 per transaction. The cash gets loaded onto a single-use gift card. It’s meant to compete with check-cashing services, which are often more expensive. The postal service’s flat fee may be lowered in the future.

The four locations offering the service are in Washington, D.C.; Falls Church, Virginia; Baltimore; and the Bronx, New York.

According to The American Prospect, the pilot program came about as the result of negotiations between the American Postal Workers Union and Trump-appointed Postmaster General Louis DeJoy, even though the two sides are not always on the greatest terms with each other.

When the U.S. Postal Service actually did offer savings accounts, until 1966, customers were limited to $2,500 per account. But the program was successful beyond expectations, accumulating $20 million in savings in its first year. The amount held in USPS savings accounts peaked at $3.4 billion in 1947. Each post office pooled savings from local account holders and deposited 95% of those dollars in nearby community banks.

Out of eight million unbanked households across the country, one million are in California alone. The state is now looking to address this by taking a page out of the former USPS savings account playbook.

Assembly Bill 1177, passed in September and signed by Governor Gavin Newsom last week, envisions a state-branded bank account service, dubbed “CalAccount.” The state would set the parameters for each account, including debit card and ATM access, no overdraft fees, no minimum balance requirements, online bill pay, and direct deposit capability. The state would also serve as the public face and marketing force behind the program — there would be CalAccount branding on debit cards, for example. I wrote about the details of this program over the summer.

Supporters bill CalAccount as a “public option” for banking — but behind the scenes, like the former USPS program, the accounts would still be held at private banks. The idea is to have the state’s seal of approval and its power as an intermediary to ensure consistency and transparency for CalAccount holders, who wouldn’t have to worry, for example, that features like no fees or no minimum balance will disappear with little notice and no say from consumers.

“I think there’s a lot of questions people have raised about whether the state is a trusted partner to the communities we’re talking about, but I think compared to big banks, it is,” said Paulina Gonzalez-Brito, executive director of the California Reinvestment Coalition, in an interview with Next City earlier this year.

A majority of unbanked households say they aren’t interested at all in having a bank account, according to the FDIC’s 2019 survey of household banking and financial services. The most common reason people gave for not having a bank account is not having enough money to meet minimum balance requirements. But not far behind were high or unpredictable fees, privacy concerns, and just not trusting banks. In California, 15 percent of unbanked households said they did not have a bank account because they did not trust banks with their money.

“Our communities are lacking in that trust, and it’s not because of anything other than the experiences they’ve had with those institutions,” said Gonzalez-Brito. “[Banks] either don’t exist in those communities, or they’ve had bad overdraft experiences, or they work in the cash economy and they go in and try to deposit a bunch of cash and they’re treated badly or treated as criminals, or they just don’t feel welcome or they’re not welcome because they don’t have a social security number. There’s a whole list of reasons why our community doesn’t trust financial institutions, and they’re valid reasons.”

The signing of Assembly Bill 1177 into law creates a “blue-ribbon commission” that must first conduct a market analysis to determine if it is feasible to implement the CalAccount program. Supporters envision that at least a portion of debit card swipe fees paid by merchants would cover the costs of monitoring and marketing the CalAccount program over the long-term. Currently those swipe fees flow to banks or payment processing companies like Visa or MasterCard. In 2019, swipe fees nationwide totaled $24 billion.

Last week in Los Angeles, city council passed a motion directing the city’s legal office to seek out a consultant and outside legal counsel to draft a business plan and prepare other required documents in support of establishing a public bank. While they may eventually come to address some overlapping issues around local access to capital, public banks differ from postal banking or the CalAccount “public option” for banking.

As defined by the Public Banking Institute, which supports and research and advocacy for public banking, a public bank is “a chartered bank, owned by a government unit …serving as a depository for public funds, and mandated to serve a public mission reflecting the values and needs of the public it represents.”

LA joins San Francisco, whose board of supervisors recently convened a task force to draft a business plan and application documents for a city-owned bank. The two cities are racing to be the first in California — and in the country — to establish city-owned public banks.

Others in Philadelphia, New York City, and elsewhere have also been exploring the idea of establishing city-owned banks. But California cities have the advantage of statewide enabling legislation, passed in 2019, laying out a pathway for cities in the state to charter their own banks. The pathway requires city-owned banks to go through the same rigorous bank charter application process as privately owned banks. The legislation also outlaws public banks from competing with private banks and credit unions for retail or commercial customers — public banks would have to partner with private lenders to provide services. State legislators in New York have been looking to pass similar legislation.

For understandable reasons, the idea of government-owned banks raises concerns around elected officials directing bank loans to pet projects or favored developers and businesses who also turn out to be big campaign contributors. While there are more examples of public banks abroad, examples in the U.S. are exceedingly rare, so policymakers and their constituents aren’t as familiar with what they are and how they can work.

Established in 1919, the state-owned Bank of North Dakota is the example that most public bank supporters hold up as the model for others. It was the only state-owned bank in the country until recently, when the Territory of American Samoa opened its own bank.

The Bank of North Dakota gets 98 percent of its deposits from the state government, which is required by law to deposit all of its revenues in the state-owned bank. The bank makes loans in support of economic development across the state. It’s prohibited by law from competing with the private sector, so it has no branches, no ATM access, no debit cards and no online banking. The vast majority of its lending happens through partnerships with community banks and credit unions across the state, and lending decisions are made by professional bankers who work at the Bank of North Dakota — not elected officials.

None of the three banking ideas that advanced last week represent anything close to a government takeover of the banking sector. Postal banking actually helped the banking sector once upon a time, since 95% of the deposits were ultimately placed in local banks. The proposed CalAccount program could work similarly. While city-owned or state-owned banks today have plenty of pitfalls to consider, if North Dakota is any indication of how the model can work, there is clear evidence that the Bank of North Dakota’s partnership model also strengthens local banks — community banks, as opposed to national banks, hold a higher market share of deposits in North Dakota compared to any other state, according to FDIC data. Smaller, community oriented banks have a better track record of supporting small businesses, and recent data shows that North Dakota also saw the highest volume of Paycheck Protection Program loans relative to its population size.

Debates in Washington may also hold something at stake for these ideas. Recently nominated as Comptroller of the Currency, Saule Omarova would be in position to signal that her agency would be open to chartering city-owned or state-owned banks. The chair of the Federal Reserve Board of Governors, be it Jerome Powell or someone else, would also be in position to signal that the central banking system would be open to working with public banks, or to support postal banking — for example, by showing support for Senator Sherrod Brown’s “FedAccounts” proposal. Under that proposal, individuals would have the option to open free bank accounts directly within the Federal Reserve system, which account holders could access through post offices or conventional banks.

So far, the longer this pandemic has dragged on, the more momentum there seems to be behind changing the banking system.

Oscar is Next City’s senior economics correspondent. He previously served as Next City’s editor from 2018-2019, and was a Next City Equitable Cities Fellow from 2015-2016. Since 2011, Oscar has covered community development finance, community banking, impact investing, economic development, housing and more for media outlets such as Shelterforce, B Magazine, Impact Alpha, and Fast Company.

Follow Oscar .(JavaScript must be enabled to view this email address)