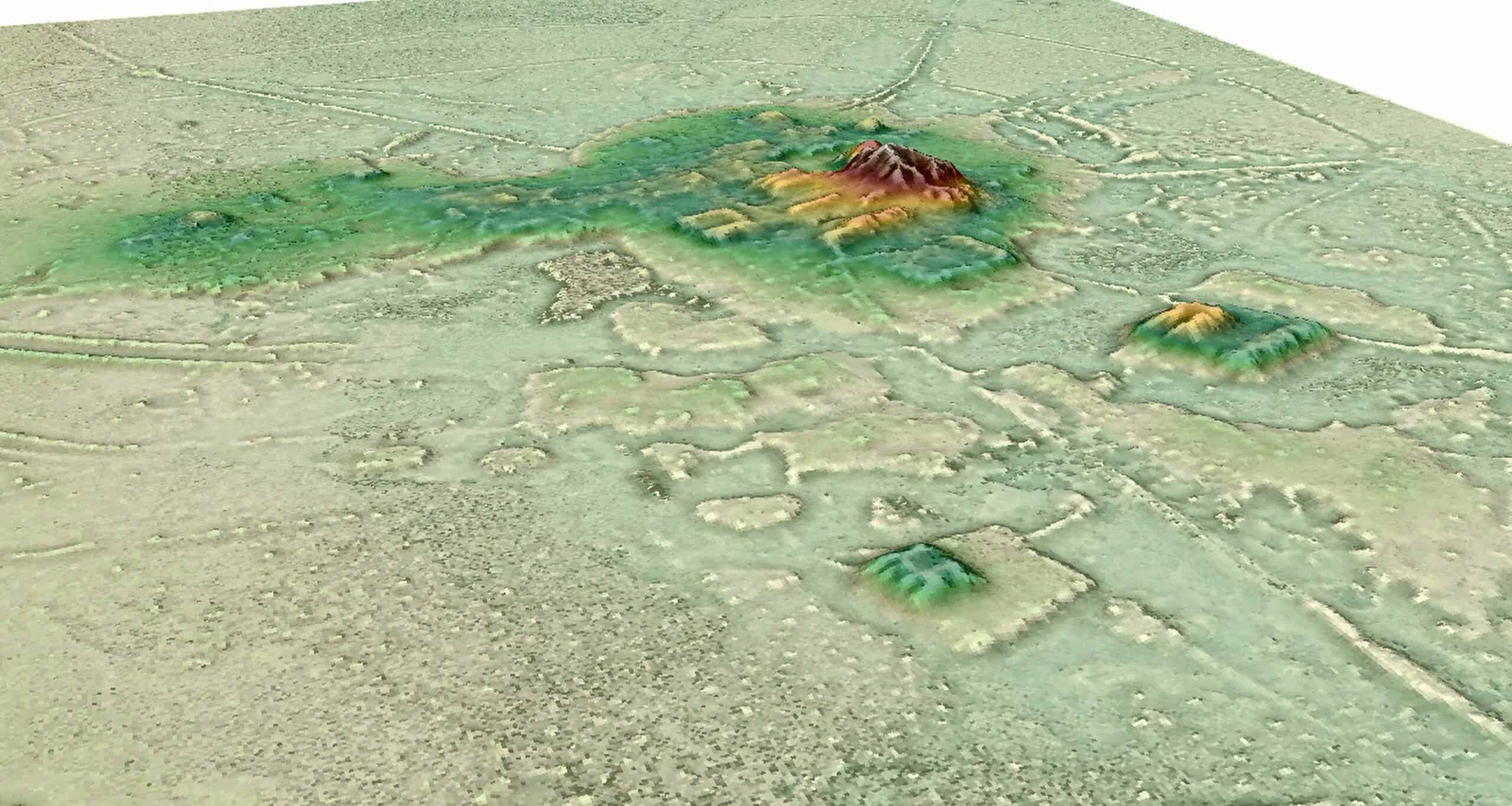 Researchers have discovered mysterious mounds that were once ancient urban settlements. Dating back around 1,500 years, these settlements (featuring intricate roads, platforms and even pyramids) are surprisingly intricate and hint at a flourishing civilization.

“No one expected this kind of society in this region… pyramids 20 meters high,” said study author Heiko Prümers, of the German Archaeological Institute, in a video produced by Nature. “The whole region was so densely populated in pre-Hispanic times, it’s incredible to believe. There is a new civilization, a new culture, waiting for us to study them.

Exploring the Amazon is not easy. Archaeologists have understandably struggled to cover the vast forests of the Amazon. Sometimes cities are visible and quite easy to discover. Other times they are covered in thick vegetation that makes them almost impossible to spot with the naked eye.

But technology can help.

Remote sensing equipment on board helicopters or drones can send tens of thousands of laser pulses in a multitude of directions, carefully monitoring when and how these pulses are reflected back to the equipment. By calculating the distance (or range) in all possible directions, researchers can map the surface even through thick vegetation like in the Amazon.

It’s called Lidar (light detection and ranging), and it’s been used a lot recently to scan vegetation and search for archeology. Sometimes researchers use Lidar and find an interesting mound or monuments – but sometimes, as is the case here, you find entire cities.

The new discovery includes 11 previously unknown settlements of the Casarabe culture, which date from around AD 500 to 1400, in the southwestern Amazon. The results represent urban areas that suggest the western Amazon was not as sparsely populated as previously thought.

Not a green desert

For a long time, archaeologists suspected that the soil in the Amazon was unsuitable for large-scale agriculture; and in turn, unfit for the development of any tropical civilization. But in the early 2000s, that started to change. Some researchers were finding more and more archaeological traces, as well as signs of domesticated plants across the Amazon. Then, when remote sensing became more reliable, things really started to change.

In the past five years alone, researchers have uncovered hundreds of settlements and structures belonging to various pre-Hispanic cultures in the Amazon, finding that the Amazon was dotted with many settlements.

The Casarabe culture, like many others inhabiting the Amazon region, is not well understood. The dense vegetation makes on-site study difficult, and they were best known from a few isolated settlements. Today, researchers have mapped two large urban areas and 24 smaller ones (of which only 15 were previously known). Researchers analyzed the architecture of these areas, finding a complex network of channels and reservoirs, as well as U-shaped structures, platform mounds and conical pyramids, some of which were up to 22 meters tall. high (72 feet). The religious beliefs of the Casarabe are not well understood, but it is likely that these large structures had a religious purpose, not least because they are aligned in a north-northwest direction, the same direction as the discovered Casarabe tombs.

“All of these settlements are embedded in a man-made landscape with a massive water control system designed to maximize food surpluses to sustain the large Casarabe population. This system stores and diverts water, according to the season and the needs of farmers. The reservoirs could have served as fish ponds, providing a crucial resource for sustenance,” writes Christopher T. Fisher, professor of anthropology at Colorado State University, in an article companion to News and Views.

When Spanish missionaries arrived in the 16th century, they found only isolated communities there. Some earlier explorers had described a network of towns and villages, but they seemed impossible to find for later explorers and colonizers. So what happened to the Casarabe?

The civilization apparently met its demise more than a century before the arrival of the Spaniards. Prümers speculates that water scarcity might have something to do with it – since water management seemed to play such an important role for them, it’s possible water availability was crucial. If a prolonged drought had occurred or if something had disrupted water availability, it could have been devastating. But more research is needed to confirm this.

Researchers plan to eventually travel to the sites and study them “manually”, but this will take time and resources. In addition, these regions are threatened by deforestation.

When the bulldozers arrive, they not only destroy the trees, they also destroy all the archaeological remains. We may be losing these ancient colonies just as we were beginning to discover them.

The study was published in Nature.