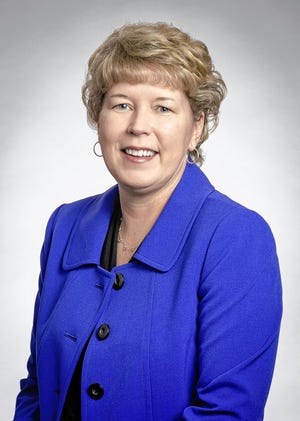 The city received questions about number 22, map of the community center

By now, most residents have probably heard of number 22, which would increase the income tax rate in Hilliard by 0.5 percentage points and spend that money entirely on recreation and parks, including construction of a community center and additional sports fields.

Information on number 22 is available on hilliardohio.gov/pathtopossibilities, but the city has received a few questions that this column can help answer.

Why was the Jerman property chosen as the site of the community center?

The Jerman property stretches over 125 acres to the west and adjacent to Roger A. Reynolds Municipal Park. The city owns the land and plans to develop the property into a park with athletic fields and other amenities. The property is centrally located and its development will help us achieve other goals including reducing traffic congestion by creating an extension from Cosgray Road to Alton Darby Creek Road.

What are the specificities available on sports fields?

We plan to move the existing HOSA fields to the south end of the Jerman property. This part of the property would provide approximately 20% more land space than is currently available, as well as several artificial turf pitches. The concept plan also includes unscheduled open spaces that can be developed later to meet the evolving needs of the community in the years to come.

To what extent should the community consider the concept plan for the Jerman property as final?

A conceptual plan shows the general direction of a development. The city intends to have a significant contribution from the community in the design and development of this future park and community center. While the basics are there – the property will have athletic fields, a community center, green spaces, and the other amenities listed – many details will be determined with community input.

Why didn’t the city come up with a fully fleshed out design for the community center and park before presenting number 22 to the community?

The advantages and disadvantages of this have been discussed. Some residents would prefer to see exactly what is planned, but creating detailed architectural plans and the community planning process for a project of this magnitude comes at a significant cost. Ultimately, Hilliard City Council decided that better stewardship of taxpayer dollars would be to give residents a general plan, including major amenities that would be included in the community center, and wait until voters give the green light to the city before investing in a broad community entry and architectural process that would lead to detailed final designs. Regardless, we are committed to making the voices of residents heard loud and clear from start to finish.

Why did the city choose the 0.5 percentage point income tax increase over other funding alternatives?

An income tax, by definition, affects those who work in cities – not necessarily those who live here. Over 75% of those who pay income taxes in Hilliard do not live in the city, but many of those people already pay 2.5% in income taxes because they live in Columbus or other parts of the city. other cities, where their tax rate is already higher. For these people, angel number 22 has no effect on their actual income taxes. It just changes the municipality that receives this money. Every taxpayer’s situation is different, however, the city has provided a handy calculator on our website to help residents determine how Issue 22 would affect them.

If number 22 funds are earmarked for recreation and parks, what happens to the money currently in the city budget for these areas?

The goal is for Hilliard’s Parks and Recreation Department to be self-sufficient with the 0.5 percentage point, but city council will still have the option of allocating additional funds from the general fund to recreation and parks if needed. or opportunities arise.

In 2020, the Parks and Recreation Department received $ 3.8 million in operating funds. If number 22 is approved, these funds would be redirected to high priority infrastructure and service delivery needs, such as policing, road projects, infrastructure, economic development, snow removal, reimbursement of debt, etc. The details of this reallocation would be included in future operating and capital budgets and would be changed annually. These budgets go through a thorough review and approval process each fall, and the public will have the opportunity to review and comment on them prior to city council approval. These budgets are available online.

Michelle Crandall is the City Manager of Hilliard.