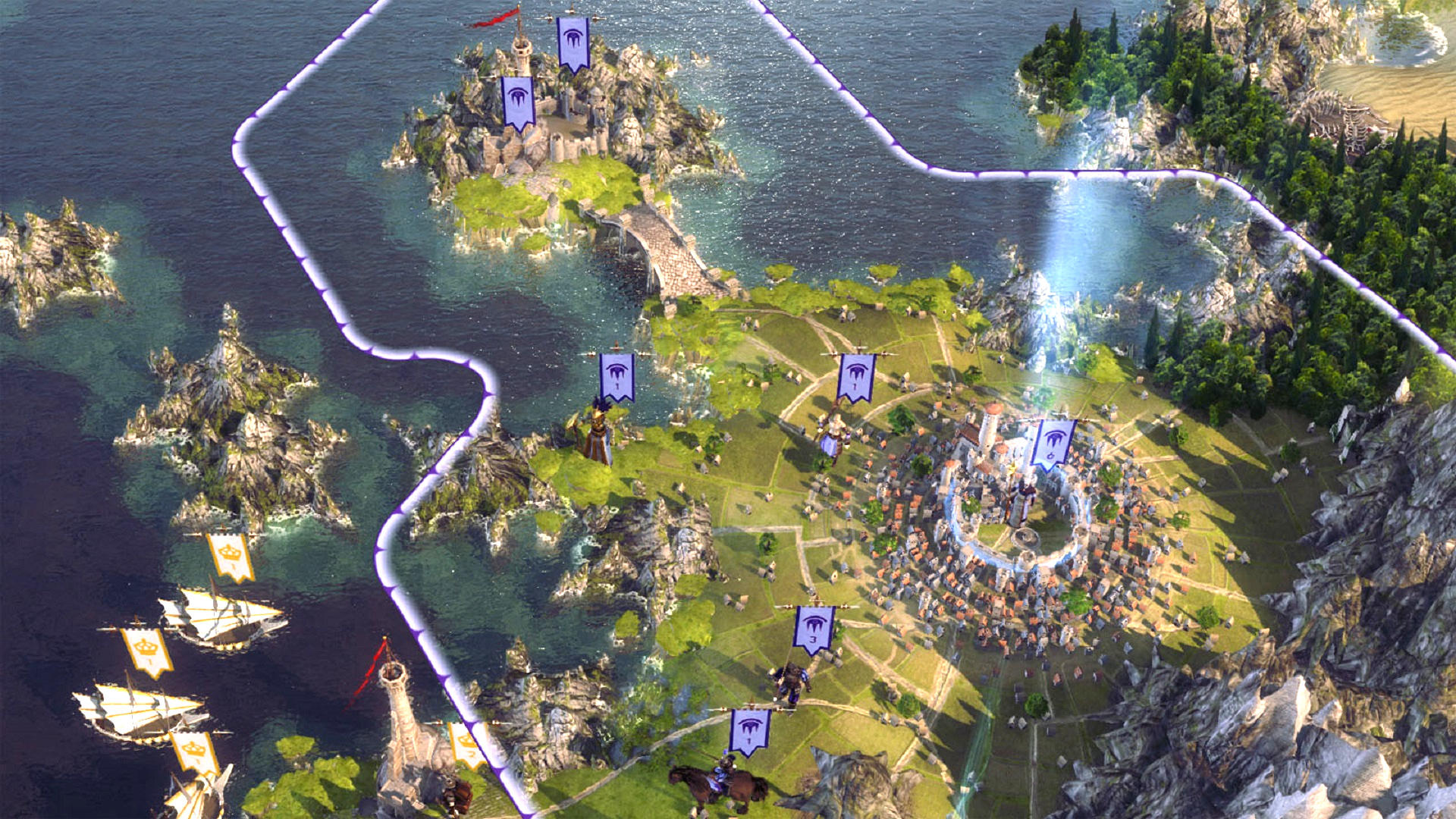 So you want more games like Civilization? As the undisputed king of 4X games (for now), many have tried to copy what Sid Meier created, and many want to play a Civ-like experience that was not created by Firaxis.

Civilization Games offer a unique take on turn-based strategy where you start from humble origins and lead a people through the ages, founding more cities, enriching your empire with cultural or technological advancements and, well often, fighting other civilizations. It’s not a historical strategy game, but rather a historically inspired sandbox, and few other games have attempted to deliver the breadth of Civilization.

While we have a dedicated list of great 4X games in general (with Civilization enabled) some of you may be interested in looking for something more like the popular Firaxis series. We decided to create a separate roster of games like Civilization, but found some very specific examples for this one, so don’t worry if there is too much overlap. Enjoy!

If you take Civilization V and then add in some fantastic elements like magic (instead of tech), NPC monsters, and portals to other dimensions, then you have Warlock: Master of the Arcane. Released by Paradox Interactive 2012, it was a blend of experiences that elevated it beyond a â€œfantasy civâ€ game and proved to be a fascinating counterpoint to Civ 5.

What was especially cool was that, if you got bored doing the more mundane Civ stuff on the main map, you could pick up your armies and try to find portals – those would lead to others ” cards â€and represented different sizes, with tougher monsters and better rewards. You can also colonize these spaces and expand your empire this way.

Warlock had a sequel in 2014 called Warlock 2: The Exiled, which leaned a bit deeper into the dimension. It wasn’t as creative as the first game, but it’s still pretty decent. Both are notable for the fact that Civ V’s user interface is reproduced quite precisely, which makes the main inspiration very obvious.

Newly released from Early Access, Old World is a 4X game that attempts to deconstruct Civ and innovate in a way that pushes the boundaries more than any other rival. This is the idea of â€‹â€‹Soren Johnson – the former lead designer of Civ 4 – and his studio Mohawk Games. The Old World is locked to ancient and classical ears, featuring civilizations such as Rome, Carthage, and Assyria.

The mechanical elements around running the empire are good, but the real innovations lie in the addition of Crusader Kings style character elements, events and the “orders” system, which converts the ability to ‘a player to act as a finite resource, as opposed to each unit gets to do something each turn. Check out our Old World review for more, but this one is definitely worth checking out.

While Age of Wonders: Planetfall is featured on our 4X games guide, it is the third game in this long line of turn-based war games that is closer to the roots of civilization, albeit s’ is another fantastic twist. There’s everything you’d expect from a Civ-like here – empire management, armies, tech trees and spells, plus hero units. The main main feature of Age of Wonders 3 is that there is a separate tactical combat mode where armies fight in more detail.

The world is filled with dangers from NPCs, as well as other empires, but there were also quest-type nodes that you could interact with, such as dungeons or abandoned mines, and maps could spawn an underground level as well. which is only accessible from certain points on the map. Some breeds of AoW3 (like dwarves) prefer to be underground. What I’ve always found cool is that in addition to building the usual cities, you could also build smaller â€œfortsâ€ and outposts to fill key positions without needing to found an entire city. .

You can’t have a conversation about games like Civilization without discussing the ultimate copier, Freeciv. As the name suggests, it is 100% free and has been actively developed and worked as an open source project since 1996. In terms of rules, it has more in common with Civilization II than with more modern games, and in terms of architecture, it was actually based on an older shooter called XPilot.

The project has grown and evolved since then, with a new “longturn” format introduced in 2004 that involves day tours and games involving up to 30 people. The game can support both 2D and 3D graphics, and is very flexible if you know what you’re doing.

The battle of Polytopia

This is an excellent and light digest of the Civilization 4X experience. Considering that it started off as a mobile strategy game, it has grown into something worth checking out even on PC as it offers 12 civs, multiple procedurally generated maps, and all the key touchstones you’d expect. of a 4X game.

Much like the classic RTS Northgard, all major game updates are offered for free, but additional civilizations are available for purchase as DLC. It recently received a major balancing pass and the developers still have plenty of plans in store. If you want a lighter, tighter Civilization experience, this is where you should look.

Last but not least, the ultimate game like Civilization has to be one that actively tries to topple Sid Meier’s giant from his golden throne. Humanity, from the developers who brought you Endless Legend and Endless Space, seeks to become King of the Hill through a reinvention of diplomatic, empire and victory systems, as well as a turn-based tactical mode where armies can clash over vast expanses of land.

This is the game Amplitude has spent its entire existence working for, so there is a lot to do. You can read our Humankind review to see what we thought of it in full, but the little story is, it’s a great start. There are still some issues with the endgame balance, but it’s not in a worse state than Civilization V or VI was when these games first released. We can’t wait to see what the developers do with it from here.

Hopefully these six gems will satisfy your craving for more Civilization-type experiences while we wait for Civilization 7.