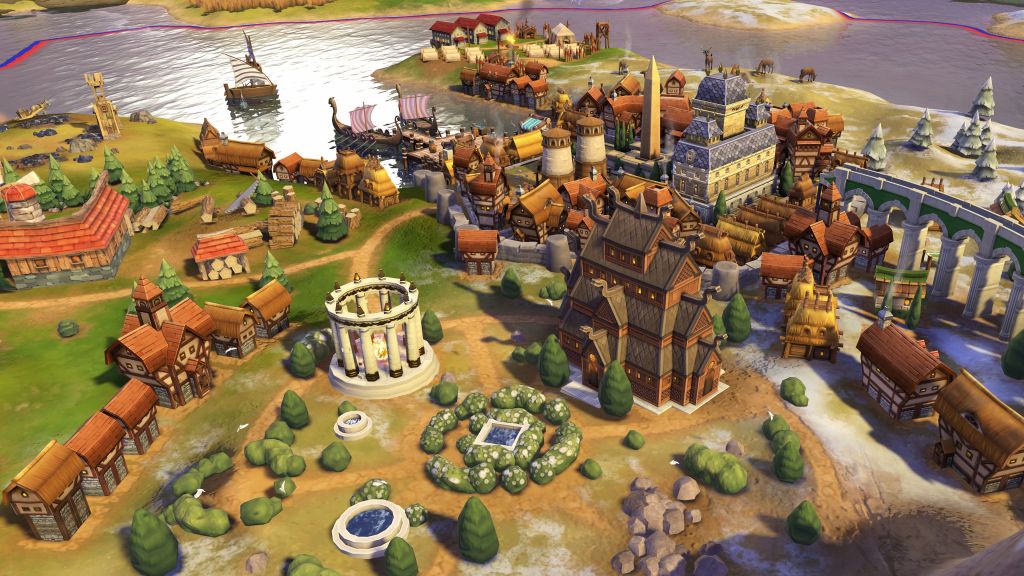 Prepare for the change because â€œSid Meier’s Civilization VIâ€ will offer a lot when it launches October 21 on PC. With the next release, Firaxis takes and refines the improvements from two expansions from the previous entry and combines them with unstacking cities and revamped systems.

The result is that the game is going to be a new experience for newcomers and veterans alike. I spent a few hours with the game, and I’m still learning and getting used to the new mechanics. In my practice time, this is what I learned:

1. YOU WILL BEGIN AT LEAST TWICE: “Civilization VI” is complex and the best way to learn is to dive in head first. On your first campaign, you will make mistakes. You will find that you haven’t planned your cities well or that you have built a neighborhood in the wrong neighborhood. Sometimes an overlooked mistake doesn’t become evident until mid-game.

You won’t get the idea of â€‹â€‹unstacked cities or religion adjustments until a second or third campaign. I have played the game in different preview settings and am still learning the intricacies of city building. To say the learning curve is steep is an understatement, and I’m a longtime “Civilization” player.

2. TRY TO ESTABLISH A RELIGION QUICKLY: Unlike previous games, there is a finite number of religions in “Civilization VI”. If you don’t get a great prophet quickly, you will miss a chance to establish a faith, and it could delay you when facing rival nations.

Faith is a huge bonus as it can be used to expand culture or quickly build structures and units. In a campaign, I waited too long to establish a religion and had to cede these benefits to rival countries that kept spamming missionaries and apostles.

3. DEALING WITH AMENITIES AND HOUSING IS A PROBLEM: Remember that feeling in “StarCraft” when you are building an army and suddenly you get an alert – “You need to build more pylons.” â€œCivilization VIâ€ has a similar moment and deals mainly with amenities and housing.

These are two new concepts that enter into the growth of a city. Players no longer have to worry about feeding a population. They now need to make sure there are enough structures to house people and they need quality of life improvements such as entertainment districts and luxury resources (coffee or ivory) to keep them happy. . If the players are deficient in one of them, it slows down the growth of cities.

This puts pressure on the players not to just develop, but to develop in the right way. This leads to lesson number four.

4. HAVE AN IDEA ABOUT YOUR CITIES BEFORE CREATING THEM: In previous “Civilization” games, players could establish a city willy-nilly. They could use them to block an opponent from a resource or they could set up a new municipality to start a war. With “Civilization VI”, you have to be more careful when setting up a settlement.

With the unstacking of cities, the game becomes more positional. Each resource tile has an importance. Mountains and jungles are ideal for campuses, where universities are established. Commercial hubs are best at crossroads, where caravans intersect as they pass through cities. Theater districts receive bonuses from wonders and other districts.

In addition, wonders also have tile requirements. Players cannot simply build the Great Pyramids on a grassy plain. They have to put it on a desert space. Stonehenge cannot be built in a forest; it must be built next to a quarry.

With tiles and resources being so important, players need to plan and orient cities towards specializations. Players cannot freestyle it and have a major city in trade, culture, and production. It is best to combine a port district and an industrial zone so that players can pump ships. Players can enjoy a wonder and focus a city on becoming a cultural hub with a theater district operating out of a holy place. The advantage of having a theater district is that it is home to a museum, which can house a great work of a writer or artist if you are heading down the road to cultural victory.

5. DON’T NEGLECT DIPLOMACY: At the start of a campaign, diplomacy takes precedence over the expansion of a nation and the conquest of other civilizations. But the more players advance into the modern era, the more important diplomacy becomes.

“Civilization VI” offers a more transparent way of dealing with other nations. Players will see the characteristics of each leader. They can learn to put themselves on the good side of a nation and build a long-standing relationship with it. This often means aligning your government with theirs or building an army they admire. The game seems more flexible when it comes to having allied relationships. Players can form friendships that last for centuries and not worry about a nation betraying your civilization.

6. KEEP AN EYE ON OTHERS BY USING CITY STATES. The other half of diplomacy focuses on city-states. These are independent cities that are scattered all over the map. Players send envoys to each city-state, and these diplomats help increase your influence over the government. If you have the most influence in a city-state, you become its overlord and this opens up a range of bonuses and options for your civilization.

The bottom line is that if you achieve this status, the city-state almost becomes like an extension of your empire. It lifts the fog of war from the region around it. Players can see the movement of troops or any special resources they may have. If players are involved in a war, they can hire troops from a city-state and use them for their attack or defense.

The only problem with city-states is that loyalties can often switch without notice. With all of city management, you might not notice that a city-state has turned dark for you. And that can sometimes lead to trouble or an unwanted ambush.

2016-10-10
Previous Post: On the Trail in Greece: Mycenaean Civilization at the National Archaeological Museum of Athens
Next Post: Survey: Population Increase in Urban Tennessee