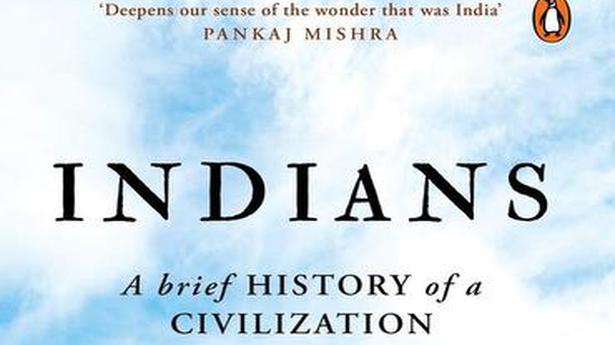 Seema Chishti Reviews Indians: A Brief History of a Civilization, by Namit Arora

Namit Arora explores how Indians lived, ate, loved, built, fought and made sense of the material, rational and spiritual world through the ages

Indians: a brief history of a civilization – Warning, Indians, not India – seems like a crazy race at first, but that’s only until you jump on it, dig in and do the full turn. Namit Arora started thinking about a large canvas from a book like this 17 years ago while ruminating on how cities are disappearing – Machu Pichhu, Memphis, Mohenjo-daro among others. His attempt to reflect on all that is lost but also what remains, to be rediscovered and unboxed, led to this book. The author’s skills and the choice of technique allow such an ambitious project to take shape and unfold.

(Stay up to date with new book releases, reviews and more with The Hindu On Books newsletter. Subscribe here.)

It is a surprisingly less used technique by writers of Indian folk history. India lends itself to it, history and the present coexist very visibly, even if sometimes uncomfortable and often hidden from view of all. A travelogue could easily involve not only visiting them as they are, but also relating the places to the people who live there and time traveling through them. This is something Michael Wood deploys with great success in his eminently readable (and watchable) The history of India, or John Keay in his masterful work on India. Arora also places its modern journeys at the heart of history. Sometimes the past lingers in the stories it hears and the practices that persist, but more often in stark contrast to the past, such as in Dholavira where Harappan ancestors were more concerned with the preservation of the water than the inhabitants of today.

Arora’s work takes on added significance as it comes at a time when so much about India’s present, politics and day-to-day conversations is an angry match against its history. It is more important when so much attention of the mass media and the state is to identify all those to whom it does not belong. In a time like this, just to sweep it all aside and be mindful of all Indian manners today is an act of defiance. The author clearly does not hesitate to discuss contentious issues.

His work is at the heart of many heated debates. He examines whether Aryans are local (no, he concludes, citing new research in genetics, science and languages), on different ideas that have played out here, on many forms of contemplation through the ages, on times when dark skin was sought after and even why modern India ended up building Nagarjuna Sagar on the ruins of Nagarjunakonda.

The observations of Chinese travelers and others from Western Asia and Europe enrich the text and reinforce the â€œarc of historyâ€. The feeling of wonder that was India (to steal Basham) is a balm for those of us living in 2021 as it brings home all that we could be. “The lives of our ancestors,” the book presumes, “were far more varied than their material remains indicate”, and that “history belongs to those whose creative works survive and vibrate in the minds of later historians” .

One of the things this book accomplishes is to pull the reader out of ancient, medieval, and modern silos, and away from mere discussions of conquests and invasions. In all, Indians manages to escape what historian Johan Elverskog (quoted in the book) called the seduction of a “clear narrative with good guys and bad guys”, which “entirely avoids the intricate shades of gray that most often color the messy fabric of history. “

On the contrary, the book goes straight to the brothel and knows how to arrange it in all its splendor and its “complex nuances” which are far from “gray”.

Only one thing bothers: why didn’t Arora choose a place with a distinctly Muslim or Christian imprint? Maybe the reason is that there isn’t an exclusive Muslim or Christian town that takes stock of the book, but the way the conversation is framed these days, and also in the official comments, the priorities and the new NCERT books, choosing Agra or traveling to Kodungallur, the site of South Asia’s first mosque, the author could have tackled head-on the most delicate bone of contention among readers of the history of India and its present.

The reviewer is a New Delhi-based writer-journalist.