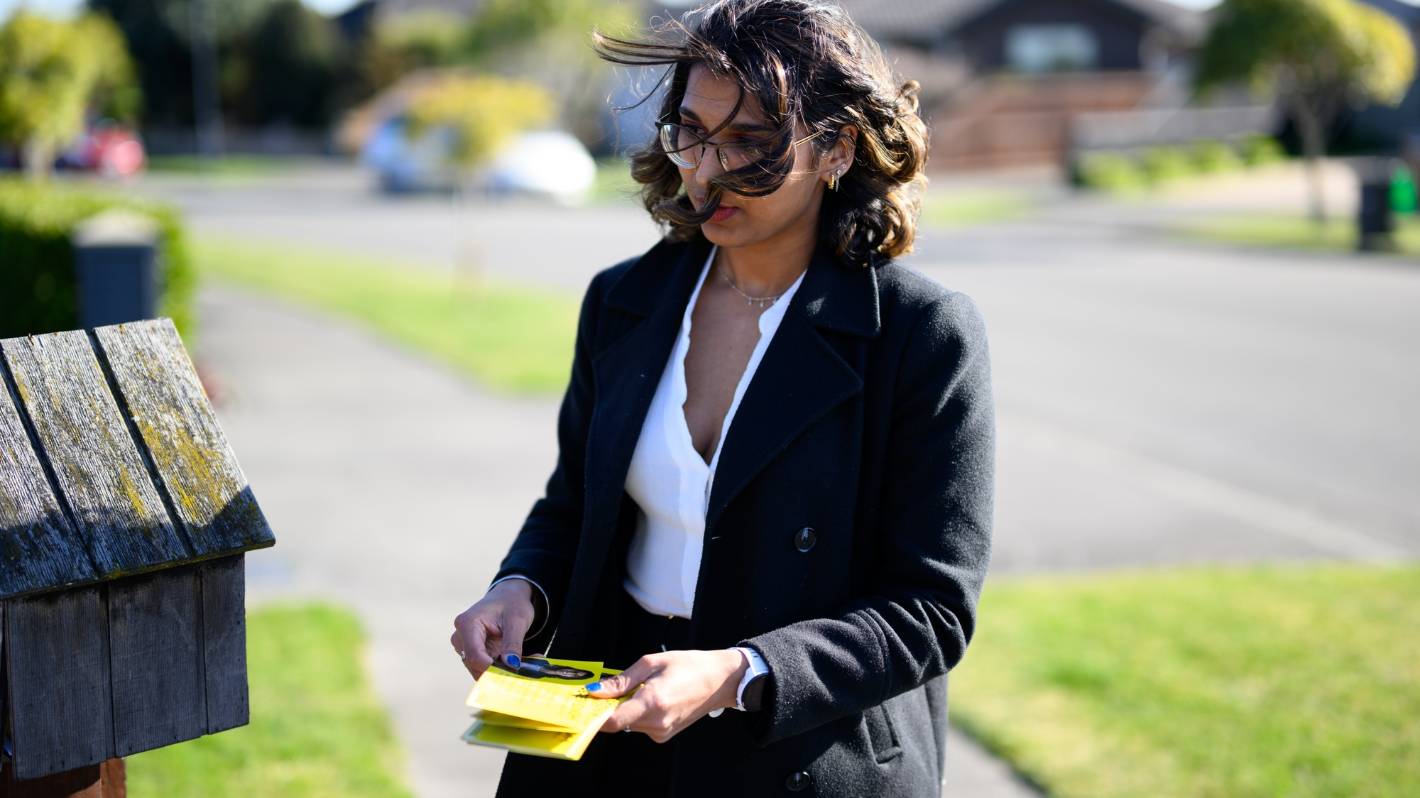 Being abused during the election campaign made Pereen Singh even more determined to take a stand against racism.

The incident, which happened on a street in the suburbs of Christchurch, initially shocked the 24-year-old lawyer and wondered why she was putting herself in the public eye.

Singh is running in the local elections in October and is seeking a seat on the Waipuna Halswell-Hornby-Riccarton Community Council of Christchurch City Council.

The abuse happened as she delivered her election leaflet to letterboxes in Halswell around three weeks ago.

A man, possibly in his 60s, pulled up in a car next to her after seeing her put the flyer in her letterbox, which had a ‘no junk mail’ sign on it.

“He lost his rocker and started abusing me,” she said.

“He said, ‘Can’t you read? You have to go back to school, clearly you can’t read.

Singh said she apologized and asked the man to calm down.

He then said, “You are not welcome here and you better go back where you came from.”

Singh said she was shocked and walked away as the man left. She cut short her leaflet delivery and returned home, but later ventured out, determined not to let her attacker win.

“It’s just not OK. It doesn’t matter what color my skin is. He shouldn’t do that to a candidate or anyone else. If you are not satisfied with what I do, you can say so in a nice way.

“At first I was ashamed that this was happening to me, but I’m proud of my diversity and my ethnicity and I can bring something different to the table.”

Singh is originally from Malaysia and moved to New Zealand with her family in 2008 when she was 10 years old. She went to high school in Greymouth and then the University of Canterbury and now works as a lawyer.

This is the second time she has stood for a community council, but the first time she has faced racism during the election campaign.

Local government candidates across New Zealand have faced similar racial abuse while campaigning, and the abuse generally towards politicians is said to be worsening. Women and ethnic minorities also appear to be targeted, which has been blamed for a lack of diversity among candidates.

Shirish Paranjape, who is seeking a third term on the Waimāero Fendalton Waimairi Harewood Community Board, had six of his 30 placards stolen last week. They were placed next to the placards of the other candidates, which were not removed.

Paranjape said the theft was bizarre but did not believe it was racially motivated. The community had generally supported his candidacy, he said.

Bronwyn Hayward, professor of political science at the University of Canterbury, said it was important for councils to reflect New Zealand’s diverse communities, but most did not.

Research has shown an increase in abuse targeting women, especially those from ethnic minorities.

“It is particularly distressing and concerning when targeted [at women] who bravely enter the public arena,” Hayward said.

Lan Pham, Environment Canterbury’s two-term adviser and co-chair of New Zealand’s local government elected youth network, said it was heartbreaking to hear of Singh’s example, especially since she was ready to step forward to represent her community.

Pham said it was important for decision-making tables to reflect the diversity that makes up communities.