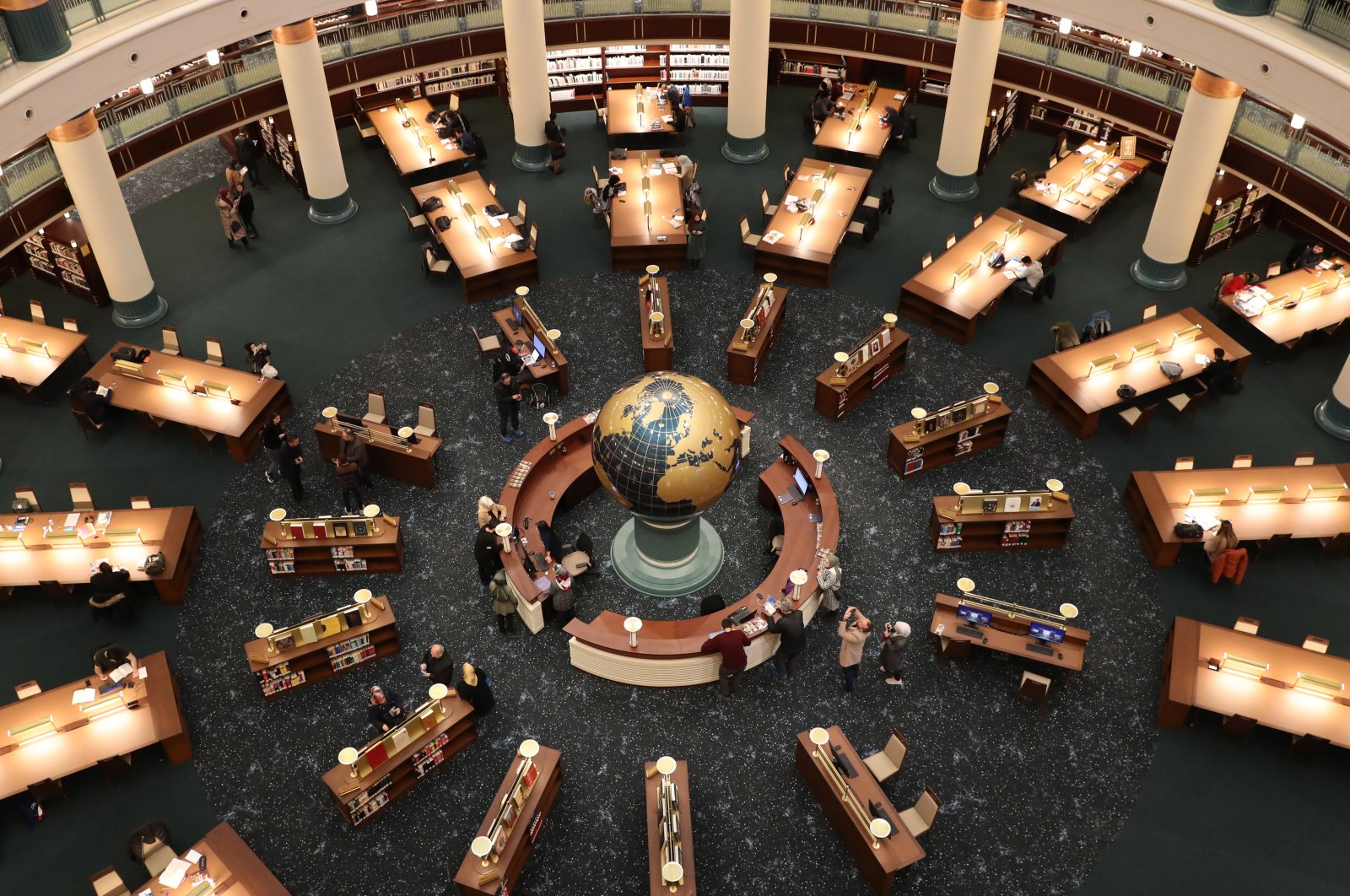 As the leaves began to turn golden and scarlet, signaling the arrival of autumn, my family and I set out to explore the spectacular sights Turkey has to offer. We visited the Turkish Presidential Library in the capital Ankara, which became the talk of the town when it opened to the public.

The Presidential Library is by far the largest library in Turkey and houses a rich collection of books. It was officially opened by President Recep Tayyip Erdoğan on February 20, 2020.

Built on an area of ​​125,000 square meters (1.35 million square feet) inside the presidential complex, the library has a capacity of 5,000 visitors. But as a precaution, it hosts 1,500 bibliophiles and researchers at any given time.

The library recently announced that it will be open 24 hours a day, seven days a week following Turkey’s gradual easing of COVID-19 restrictions. It was a bold announcement at a time when there is a contentious debate about the appropriateness of physical libraries.

The entity of the library in Islamic history arose from the perspective of the importance of writing, publishing and collecting books among Muslims.

Books are a valuable source of knowledge and the culture of reading is also part of the Islamic teachings that contribute to the formation of an educated and educated human being.

Therefore, a library existed as a place for collecting and storing various kinds of books with exclusive features related to finance, management, organization, loans, buildings, etc.

The most glorious libraries in Islamic history were the Bayt al-Hikmah in Baghdad, also known as the House of Wisdom or the Great Library of Baghdad, and the Dar al-Hikmah or Hall of Wisdom in Cairo. There were also other private libraries such as Khazanah al-Hikmah belonging to al-Fath ibn Khaqan, the library of Adud al-Dawla and the library of Caliph al-Aziz Billah.

Libraries were, at first, mostly built either in the homes of wealthy men, nobles, caliphate palaces or in the residences of dignitaries, but eventually the concept of funding libraries for public use took hold. It was based on the awareness of the need to disseminate knowledge, in addition to sharing its richness.

In fact, the library was considered as one of the places of teaching and learning before the emergence of the madrassa as a specific institution for this purpose.

Therefore, the library in Islamic history not only plays a role as a center for collecting, storing and lending books, but also as a support for scientific activities, in addition to providing various facilities such as food, drink , equipment, accommodation, etc. to users. in need.

The library as a place of healing

In 1250 BC, Pharaoh Ramses II built a library on the Nile as the first authenticated library and there was an inscription above the door which read in translation as “Healing Place for the Soul”.

President Erdoğan, in his inauguration speech, mentioned a very important point: “It is not just a place where books are piled up on the shelves. We imagined it as a meeting place for scientists, as a center of wisdom, knowledge and culture. We have built a place where people will come for scholar gatherings.

Nowadays, there is no doubt that in this era, we live as lonely people, separated from each other in various ways with the integration of digital technology and social media into our daily lives. A decent place is needed where people can meet, discuss, debate, teach and learn from each other.

As history progresses, the library is no longer a place where books are simply kept and stored. Instead, the library should be where humans can dynamically construct their thoughts and civilization.

The library as a symbol of civilization

Inside the Presidential Library, the dome of the main and large Cihannuma (World Atlas) hall is decorated with 16 columns representing the 16 major Turkish empires. It interestingly features an inscription of the Turkish version of verses four and five of Surat al-Alaq, the 96th chapter of the Quran. The inscription is translated as: “It was he who learned to write with a pen, taught the human being what he did not know.”

These are among the first verses that were revealed to Prophet Muhammad about the importance of reading and writing.

The Presidential Library is the largest investment in a library in the history of the Turkish Republic and such investments will continue to be made worldwide due to their contribution to society.

“We are members of a civilization that regards every scholar as a tree in heaven, whose shade should be taken advantage of, and books as the fruits of that tree. Our ancestors preferred a library, whose shelves were filled with books, to the most precious treasures,” President Erdoğan added.

Thousands of books belonging to various civilizations have been preserved and kept for future generations in past libraries such as Bayt al-Hikmah and Dar al-Hikmah, which had built the glory of the classical Muslim era. As a metaphorical fountain of the flow of time, the Turkish Presidential Library will also delegate knowledge and culture to future generations with millions of resources to continue advancing modern Muslim civilization.