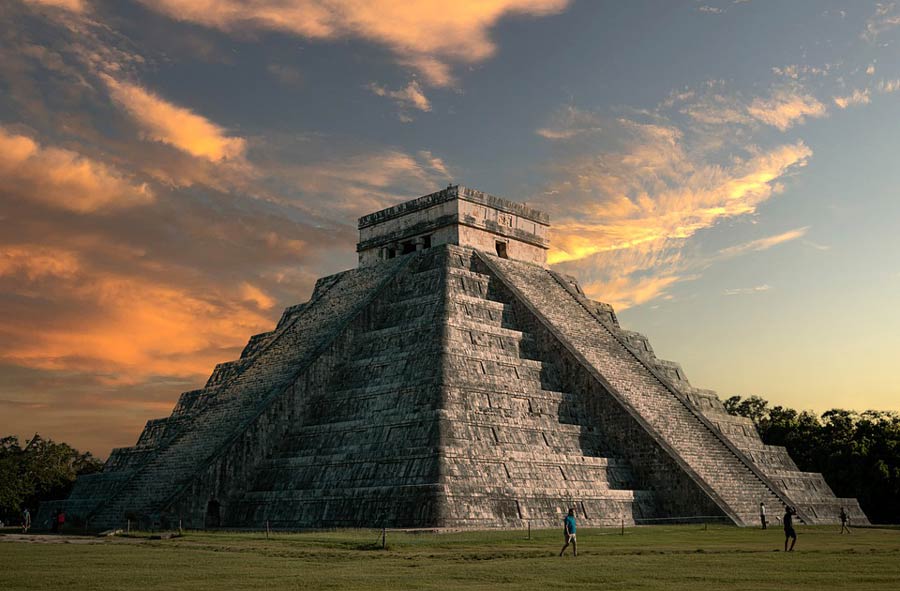 Did the great Mayan civilization collapse due to drought-related crop failure and famine? New research has raised significant doubts about the viability of this theory, which in recent years has been the most widely accepted explanation for the fall of the Mayan Empire at the end of the first millennium in southern Mexico and Mexico. northern Central America.

Evidence gathered from climatological records shows that during the late 9th and 10th centuries when the rapid decline occurred, the Maya civilization experienced multiple prolonged droughts. These droughts were compounded by widespread deforestation, a consequence of the need to cultivate more land to grow more crops to feed a growing population at a time when crop yields were declining due to low rainfall. All of this created a vicious cycle, it was claimed, where food production became increasingly difficult to sustain and mass starvation became inevitable.

Putting two and two together, the researchers concluded that climate change and its environmental consequences would have made it extremely difficult for the Maya to preserve their civilization. They would then have begun to abandon their major cities, seeking refuge in the surrounding areas (some of which remained occupied by Mayans less affected by the droughts).

According a new study published by the Proceedings of the National Academy of Sciences however, these scholars miscalculated.

Maya plant diversity and its protection against drought

It had been speculated that a mass famine was likely occurring in Maya territory because people relied heavily on drought-sensitive crops, especially corn, squash, and beans, to survive. But an analysis by two University of California-Riverside professors, archaeologist Scott Fedick and plant physiologist Louis Santiago, found that during its Classic period (250 to 900 AD), the Maya civilization had access to nearly of 500 edible plants, many of which would have been largely unaffected by the reduced rainfall.

Two plants that would have been particularly useful were cassava, which produces edible, nutrient-rich tubers, and chaya, a domesticated shrub that is still eaten by the Maya today. The leaves of the latter are rich in essential elements such as iron, potassium and calcium.

“Chaya and cassava together would have provided a tremendous amount of carbohydrates and protein,” Santiago confirmed.

Fedick launched the first stage of this new research project by compiling and publishing a list of all potentially edible plants known to the ancient Maya. He then recruited Santiago to help him analyze the drought resistance capabilities of the 497 types of plant species he had identified.

“When botanists study drought resistance, they’re usually talking about a specific plant or a particular ecosystem,” Fedick pointed out. “One of the reasons this project was so challenging is that we looked at the food flora of an entire civilization – annuals, perennials, herbs, trees, domesticated plants and wild species. It was a unique undertaking.”

A unique undertaking indeed, and one that has produced some very intriguing results. It seems that the Maya could have changed their production and harvesting practices to increase the availability of food crops that would not have been much affected by drought conditions, even in the long term. In fact, previous research has shown that the Maya had already experienced drought conditions during the Early Classic Period and survived them by adjusting their agricultural practices.

Fedick and Santiago cannot say exactly why people began to abandon Mayan cities around AD 900. While they don’t entirely discount environmental and climatic causes, they are certain that more was going on.

“One thing we know is that the overly simplistic explanation of drought leading to the collapse of agriculture is probably not true,” Fedick said.

If the Maya failed to harness the potential of drought-resistant crops as much as they could have, other factors must have been involved that either prevented or discouraged them from doing so.

What really happened to the Mayan civilization?

The Maya civilization may have collapsed for a number of reasons.

For example, new religious or prophetic movements have been able to undermine social cohesion or threaten the established order, causing internal conflicts that have strongly divided. Corrupt or incompetent leaders may have lost their legitimacy, leading to civil war or widespread immigration from formerly occupied territories. Warfare, whether civil or with foreigners, may have become chronic and led to disillusionment with the leadership of Maya society. There may have been natural disasters or epidemics not yet detected in the geological or archaeological record that led to depopulation or desertion from Maya territory.

Climate change may very well have played an important role as well. Even if the droughts were not decisive, they may have disrupted some critical industries, leading to an economic recession or depression that leaders struggled to manage, and ordinary citizens struggled to survive. The deforestation associated with the droughts may have been more destructive than the droughts themselves, causing wood shortages that made life increasingly difficult to sustain or sustain.

The commitment of Maya rulers and citizens to maintaining and preserving their social, political, economic, metaphysical and cultural traditions despite obstacles and obstacles may have gradually diminished, due to a combination of factors such as these- this. Dissatisfaction with the direction of Maya society and growing concern about the future may have reached a boiling point, leading to what seemed like a quick and sudden collapse.

Archaeologists, anthropologists, historians, scholars inspired by Mayan spiritual traditions, and the surviving Mayans themselves will continue to search for clues that may offer more insight into why the mighty Mayan civilization fell centuries ago. before the arrival of the Spanish conquistadors who destroyed the civilizations of other indigenous peoples. Definitive answers will probably never emerge, but that won’t deter those determined to get closer to the truth.