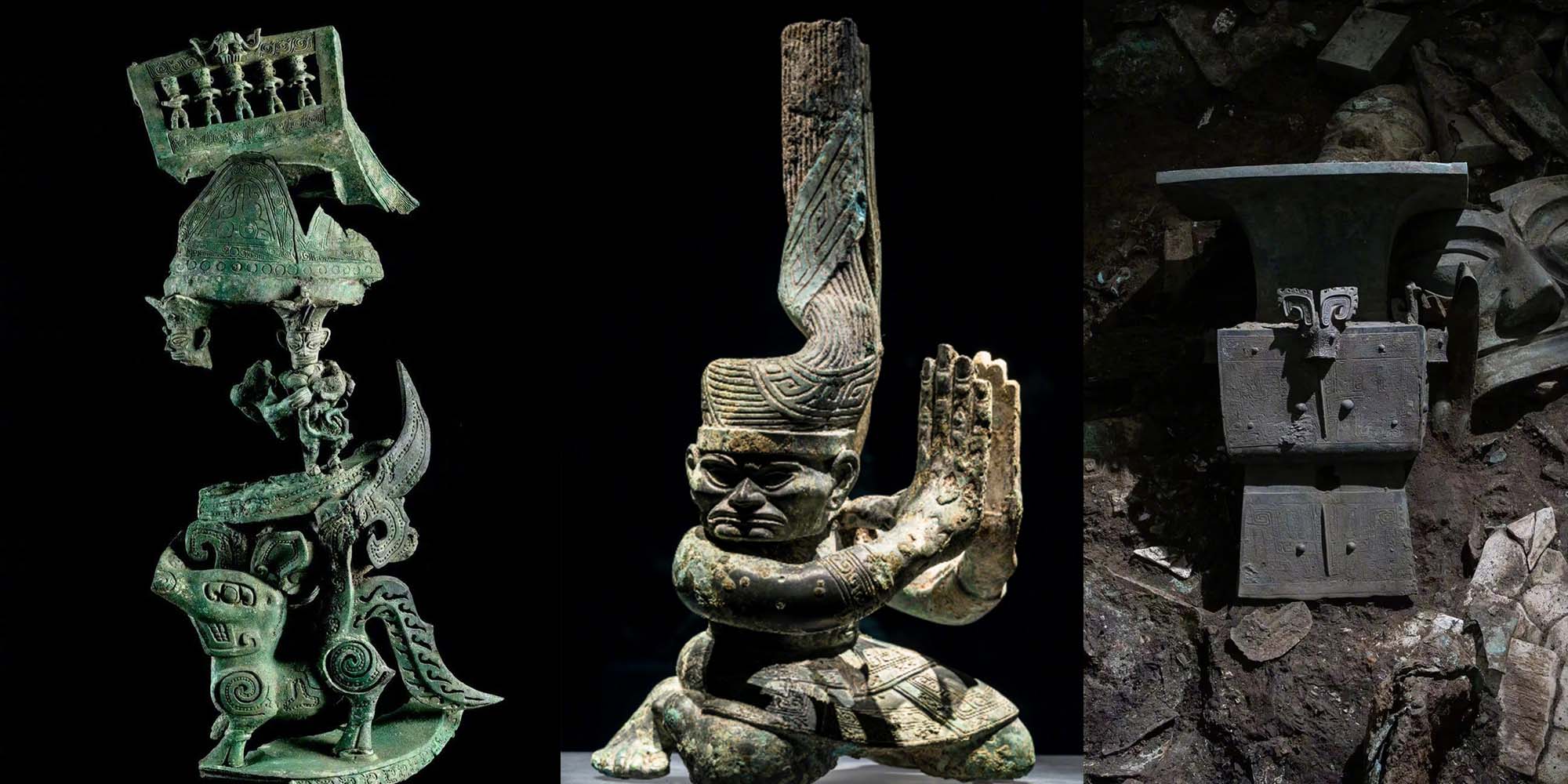 Chinese archaeologists have excavated a new trove of artifacts at the ruins of Sanxingdui in southwestern Sichuan province, just over a year after the most significant finds at the site shed light on a ancient civilization dating back over 3,000 years.

Artifacts unearthed in the latest round of archaeological excavations included a lattice-shaped bronze vessel on a turtle’s back and a deity of a mythical creature, among others, officials from the Provincial Institute of Cultural Relics and History said. Sichuan Archeology at a press conference on Monday. So far, nearly 13,000 artifacts have been excavated, of which 3,155 were relatively complete.

The Sanxingdui ruins, located about 40 kilometers from Chengdu, sparked massive public interest after archaeologists and researchers from various Chinese institutions unearthed more than 500 relics last March. It was the biggest find since the first major dig in 1986 which included the remains of a gold mask.

The highlight of the latest update is a turtle-backed ship, which archaeologists call the ‘Moonlight Box’ – a reference to the fantasy film ‘A Chinese Odyssey Part I’ where magical treasure allows people to travel through space and time. The exterior of the vessel consists of four dragon-shaped handles and bronze ribbons while its interior contains a piece of lime-colored jade of matching size and shape.

Using trace analysis, archaeologists believe that the bronze vessel may have been wrapped in silk on the outside.

“Even today’s top designers may not be able to create such bold and imaginative works,” archaeologist Guo Ming told Sixth Tone. “These oddly shaped artifacts that have never been seen before may open up new ideas and perspectives for our knowledge of Sanxingdui’s cultural landscape, and will renew our understanding of the richness and diversity of its history.”

Last year’s discoveries were made in the six “sacrificial pits” numbered 3 to 8, while recent relics were excavated in pits 7 and 8.

As of May 2022, pits 3 and 4 are in the final stages of excavation, while field excavations have been completed in pits 5 and 6, which are currently undergoing laboratory archaeological cleaning, Ran Honglin, the manager of the current excavation site at Sanxingdui, says Sixth Tone. Meanwhile, buried artifacts are still being extracted from pits 7 and 8.

At Monday’s press conference, archaeologists said they were also able to resolve a decades-old controversy over the chronology of the Sanxingdui sacrificial pits. A radiocarbon dating analysis conducted on nearly 200 samples showed that the burial date dates back to the end of the Shang dynasty, around 3,200 to 3,000 years ago.

“The published dating data does not change our previous understanding, but the data is more accurate, which provides a premise and a basis for conducting related research.” Guo said.

However, some archaeologists are still skeptical of the timeline, saying they need to do more work before reaching a conclusion.

Chen Chun, a professor of archeology at Fudan University in Shanghai, told Sixth Tone that the new round of archaeological work is more sophisticated in terms of excavation and analysis, but the current evidence is not sufficient to reveal the context of these artifacts. He added that archaeologists need to further study areas ranging from the settlement pattern to the relationships between humans and the environment, the interactions or competition between peer regimes at this time, as well as the question of ascension and fall of civilization.

“This type of analysis is not like physical and chemical tests on materials that can give direct results, but more like detective analysis,” Chen said. “Understanding the technological, economic, and social structures behind material phenomena requires integrating and reasoning logically between diverse pieces of evidence to build a chain of evidence that can support each other.”