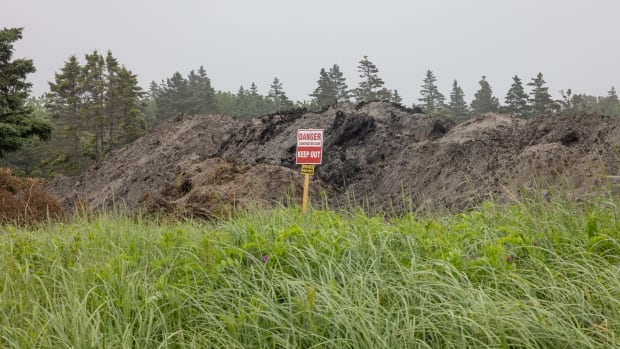 The Queens Region Municipality has revoked a development permit issued to the former mayor of Halifax for a site near the beach in Eagle Head, N.S.

Vicki Amirault, the councilor for the area, posted Tuesday evening on her Facebook page that the permit had been revoked “based on legal advice received by the municipality’s legal adviser”.

She said in the post that she couldn’t comment further “because this is now a legal matter.”

Peter Leslie, who grew up near the beach and still lives nearby, says locals are “cautiously optimistic” about the news of the permit revocation.

He said most heavy equipment was removed from the site last Thursday.

In mid-June, excavators began moving sand across the property to dig a large hole. Crews also widened a pathway to allow large machinery access to the site.

Last week, the contractor and owners were fined under the Environment Act for altering a watercourse by dumping material into an adjacent pond.

Community members rallied against the development, expressing concern over the impact on wetlands, wildlife and public access to the area.

A spokesperson for the municipality told CBC News last week that the development meets all municipal requirements.

“I can’t tell you anything about why he was removed, simply that he was removed based on legal advice from our lawyer, and once those issues are resolved I can comment further. However, until at that point, there’s nothing I can say about it,” she said.

Norman said she could not say when she would be able to provide more details, whether a new permit could be granted, whether there was a lawsuit or legal challenge pending, or what had changed in the situation since last week.

Amirault was equally low-key, refusing to say whether the municipality had issued the permit wrongly or whether the developer had violated municipal rules.

“I just can’t comment further at this time,” she said. “There are a lot of unknowns. … I just wanted to release a statement just so the locals actually know what’s going on.”

CBC News attempted to contact Kelly and Girouard, but received no response.