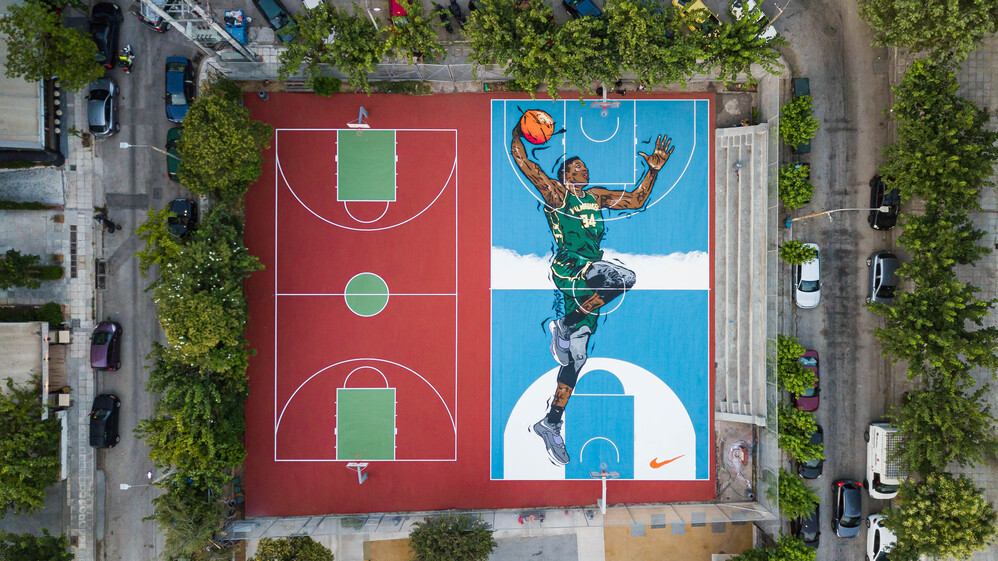 Municipality of Athens: Sepolia basketball courts are transformed in honor of Giannis Antetokounbo

The Sepolia Sports Center in the Municipality of Athens, where it all began for Giannis Antetokounbo and began to write the first pages of his basketball history with “Triton de Sepolia”, is coming back to life.

At a time when the “Greek Freak”, with hard work, perseverance and vision, fulfills his dream of reaching the top of the NBA, the Municipality of Athens and the Culture, Sports and of the Youth of the Municipality (OPANDA), with the cooperation and With the support of Disney, they “transform” the two stadiums of Sepolia, which recently hosted the filming of the film about the childhood and adolescence of the superstar.

The old courts with four baskets and concrete floors, on which the Greek basketball player placed his first baskets, are being radically renovated. They acquire modern equipment and appropriate infrastructure, in order to inspire other young people to believe in their dream, following the path laid out by Giannis.

In Sepolia’s two basketball courts, the four sneakers have been inspected and maintained, as well as their surroundings, a new secure court with marking has been installed, the fence has been replaced, while the same street artist84 returns to the field where Giannis began to unfold his basketball history and recreates an iconic mural of the NBA champion.

Finally, the sports center playground has been renovated. New fences, benches and bins were installed, while an old hut was removed and replaced with a safety floor and a brand new modern, certified play instrument, providing a more vital play space for the children of Sepolia. .

2021-07-30
Previous Post: Assam CM calls for defining secularism in the context of “Indian civilization”
Next Post: These countries are most likely to survive the collapse of civilization