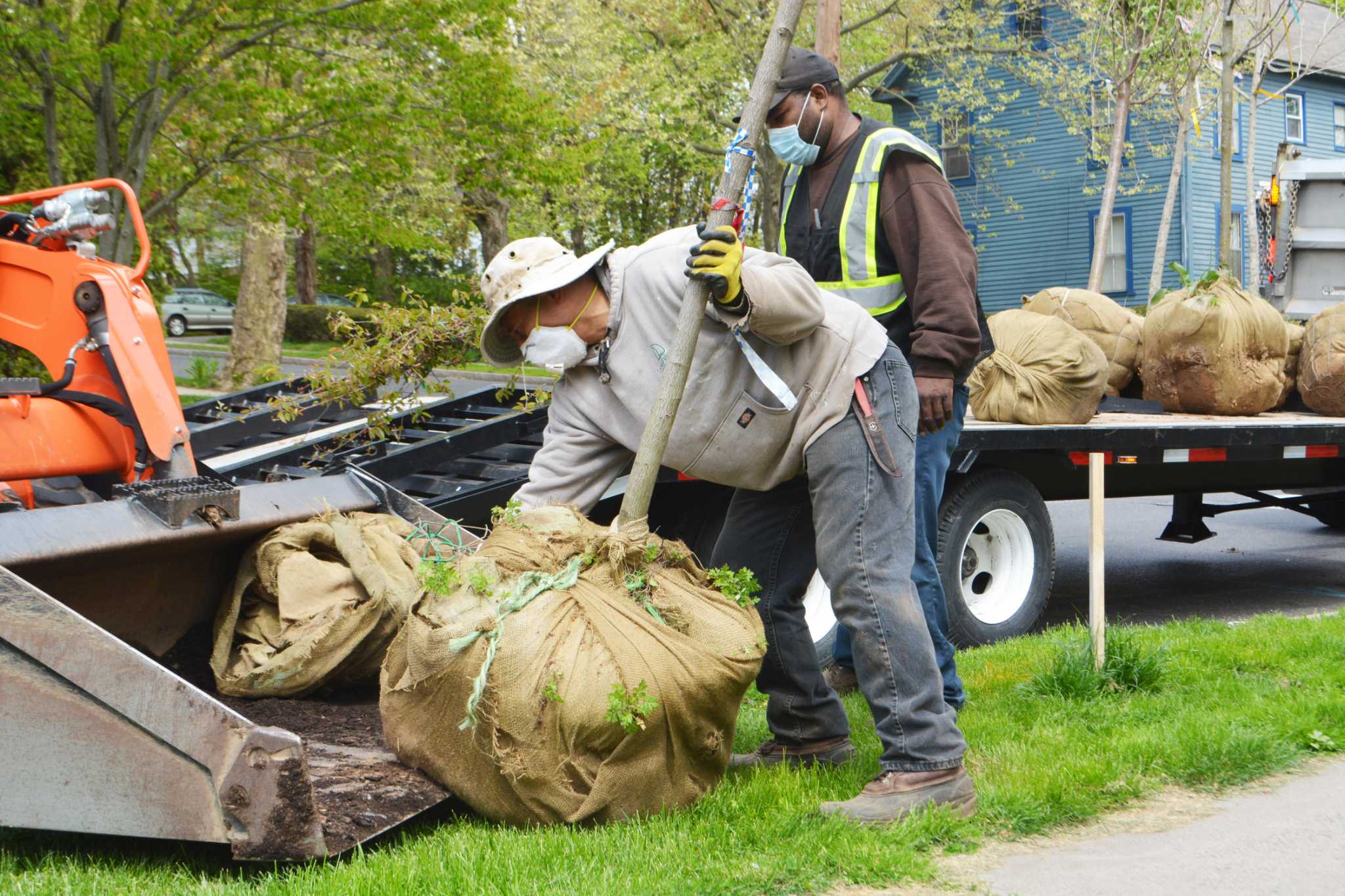 MIDDLETOWN – In an effort to beautify the area and create a more sustainable landscape, the city has completed its North End replant project, funded by a $ 6,000 grant from the US Department of Housing and Urban Development.

The approximately five-year-old trees, which benefit residents as well as the environment, were purchased from Pride’s Corner Farms in Cromwell.

They have an interesting history.

â€œBy the time they open up and start to flower, the soil is soft enough that – in colonial times – they can start having funerals again,â€ Harris explained. â€œIt’s an indicator tree that says, ‘The ground is now passable. “”

The city populates the region with 90 percent native trees. “They will be able to feed the birds and the insects,” added Harris.

On site for the operation were Gabriel Russo from Forest town farms, as good as Middletown Garden Club members Patsy Mylchreest and former Mayor Maria Madsen Holzberg. Trees were planted as of Monday morning in the area bordered by Main and Washington streets and High and North Main streets.

Native species do well in urban conditions, Harris said. They provide shade during the warmer months, “which makes it much more user-friendly for walking and cycling.”

They also absorb carbon, which helps mitigate climate change, and provide food for insects which, in turn, feed birds. â€œIt’s a whole cycle of nature that is amplified by planting trees,â€ she added.

Director of Public Works William Russo (no connection to Gabriel Russo of Forest City Farms) was also on hand to oversee operations. He praised Middletown Community Development Specialist Lynda MacPherson for securing the funds from CDBG.

The application guidelines require that funds be used primarily in residential areas. At least 51% of residents must have low to moderate incomes based on 2000 US census tracts and blocks, MacPherson explained. Projects must also meet HUD’s national goal for tree planting or beautification.

The Citizen Advisory Committee approved the reprogramming of grant funds from unspent dollars from CDBG activities from previous years.

â€œWe are happy to support anything related to the environment, gardening, trees,â€ said Holzberg.

â€œJane, Mayor Holzberg and Patsy’s passion for trees, flowers and aesthetics has taught me to be aware of the environment,â€ said William Russo. The three have been instrumental in tree projects such as those at Pat Kidney Field and the Connecticut Honor Trees.

The Garden Club is also responsible for the Gracie Ann Wall Garden at Lawrence Elementary School.

Trees planted in recent years were chosen because they grow up to a maximum of 40 feet. When those that are dead or damaged are removed by crews, they are replanted on a 1: 1 basis.

â€œWe are no longer looking to plant trees that grow to 120 feet, due to recent storms that have knocked down many older trees all over town,â€ the public works director said. â€œWe don’t want to go back to the old way and bring (private entrepreneurs) to areas where there are wires. “

Gabriel Russo and his team were contractors for the project. He explained the process Monday morning. After an excavator was used to dig the hole, the soil was “amended” with a mixture of leaf moss, a mixture of compost and peat that he makes. This is mixed with native soil and a slow, biodegradable poultry manure fertilizer, he said. The mixture will nourish the tree for a year or two.

Once the trees are removed from the ground and moved to another location, they do indeed experience a great shock.

The first year they’re in the ground is often the toughest time, said Gabriel Russo. â€œHe’s working hard to get established. It doesn’t have all the roots – just plucked somewhere out of the field, digged up, and then transplanted to a completely different environment.

Hofer said the forest town is envied by many garden associations across the country. â€œThey are just amazed. Many of them have not established this relationship (with public works). I say, ‘go ahead,’ â€said Hofer.

One of the biggest expenses for any municipality is stormwater treatment, Harris explained. â€œIf you can break that down and get the water to sink into the ground instead of causing urban flooding, you are reducing the amount of sewer capacity you need to have. “

Downtowns need trees for people’s mental health, she added. â€œStudies have shown that when hospital patients have a window to look at and see a tree, they go home about a day earlier than people who look at a brick wall. “

Middletown Garden Club has a cocktail party planned at an event, “The Enduring Inspiration of Trees,” originally scheduled for June 17 at Wadsworth Mansion, but will be postponed due to the coronavirus pandemic, Holzberg said.