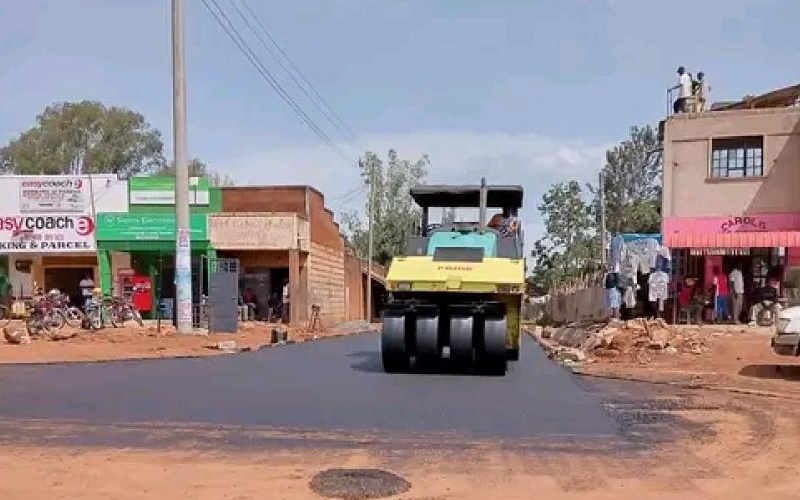 Bondo, one of the six most populous sub-counties in Siaya County, has embarked on a series of infrastructure projects as it seeks municipal status.

Located 64 kilometers west of Kisumu, Bondo was established in the early 1920s as a market center with its entire economy revolving around the sale of fish from Lake Victoria.

In the 1990s, it became the seat of Bondo District, which was carved out of the larger Siaya District.

The town is at the heart of a fishing area and important fish landing beaches.

Thanks to its strategic location, Governor Cornel Rasanga believes the city will be a key pillar of the region’s economy and has invested heavily in improving its infrastructure.

“The county is undertaking urban infrastructure and institutional frameworks to reach the threshold of a municipality,” Governor Cornel Rasanga said.

He said that under the Urban Support Program in Kenya with the assistance of the World Bank, the county government is constructing and upgrading various facilities to ensure that Bondo, Siaya, Aram, Yala, Ugunja and Usenge have equipment corresponding to the status.

“Bondo is now a municipality and the city council should consider formulating by-laws that will provide guidance on building materials to be used in the municipality,” the governor said.

According to the county’s 2018-2022 Integrated Development Plan (CIDP), the county plans to spend at least 200 million shillings between 2019 and 2024 to acquire land for cemeteries in all major urban centers.

Rasanga, who spoke at the twinning ceremony of Bondo and the town of Taber in Canada, said that all semi-permanent houses in the town will be demolished.

According to Mr. Philip Mbidyo, Acting CEO of Bondo City Council, the upgrade puts Bondo in a better position to receive more funds for development.

“We are going to start receiving more funds nationally and internationally to support development,” Mbidyo said.

He noted that the development is focusing on reshaping Bondo as a hub for education, fishing industries, commerce, governance, medicine and ecotourism.

Mbidyo said sanitation is a serious problem in the county, with only 5.9% of households having access to piped water, while latrine coverage stands at 75.3% of the total population of more than 100,000 people.

He said weak institutional support in planning, implementation and enforcement has led to uncoordinated urban development as well as poor service delivery.

The administrator revealed that currently, the construction of a major water and sewage system is underway.

Already, the city is developing as an education center housing the Jaramogi Oginga Odinga University of Science and Technology and the Kenya Medical Training College.

With the introduction of deconcentration, the capital has also become a business center favored by traders, banking establishments and micro-finance organizations.