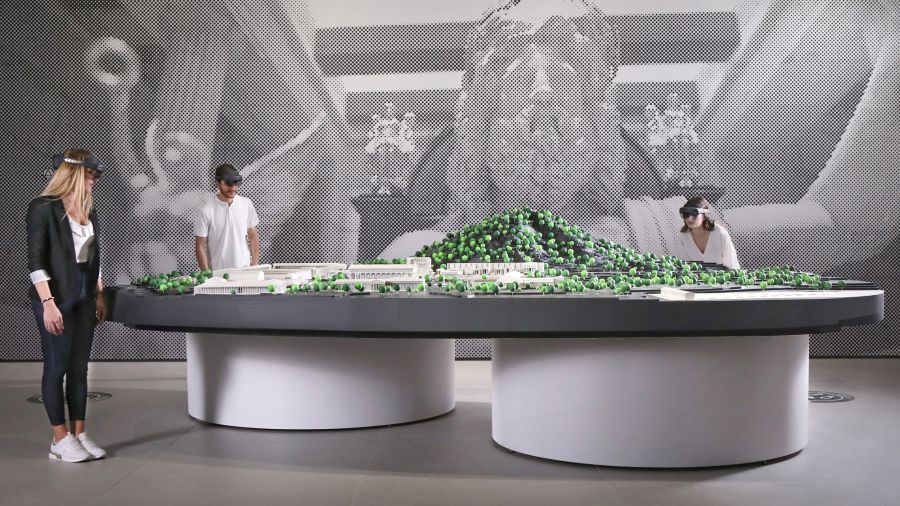 The project for the digital renewal of ancient Olympia entitled â€œAncient Olympia: commonplaceâ€ was inaugurated today in the presence of Prime Minister Kyriakos Mitsotakis.

The Prime Minister in his speech at the inauguration of the Old Olympia digital renewal project, underlined that â€œ21 months ago, in January 2020, I met the president of Microsoft for the first time. At the time, there was a lot of talk about the possibility for the company to invest in our country and to create data reception centers. The idea of â€‹â€‹collaborating on an iconic project fell on the table. Microsoft immediately agreed, embraced the idea, and the location we chose was obvious in my mind. Olympia as a global symbol of universal values. A place of worship, of collective encounter, of overcoming differences â€.

“We worked very methodically,” continued the Prime Minister. â€œIndeed, in the project, archeology meets technology. As important on the one hand is the great potential that technology offers us to create virtual and augmented realities, so important is the contribution of archaeologists. “Without the cooperation of archaeologists, the Ministry of Culture, without their passion, I believe that this project could not be implemented in the end,” he added.

â€œToday we are taking a global first step to show how ancient civilization can meet technology,â€ Kyriakos Mitsotakis continued. “What I took away was not so much the power of technology as the excitement in the eyes of the students of the new high school in ancient Olympia. I believe that we are opening up new horizons, that we are passing on knowledge to the new generation. Visualizing this experience makes it so unique. I believe it creates new avenues for the country on how we can showcase our cultural heritage. “

As the Prime Minister noted: “My vision is to be able to launch similar experiments for all important archaeological sites” to add: “The challenge is before us. We will give her a warm hug. Olympia and the commonplaces are just the beginning. Technology is the tool not only for making our lives better. It is a wonderful educational tool which ultimately unites and does not divide. We will continue on this path but we will always remember that the first step was taken where it should have been. Here in ancient Olympia we are making a new start. “

Previously, the prime minister had preceded a meeting at the town hall of ancient Olympia on the implementation of measures to restore the area affected by the fires of last summer.