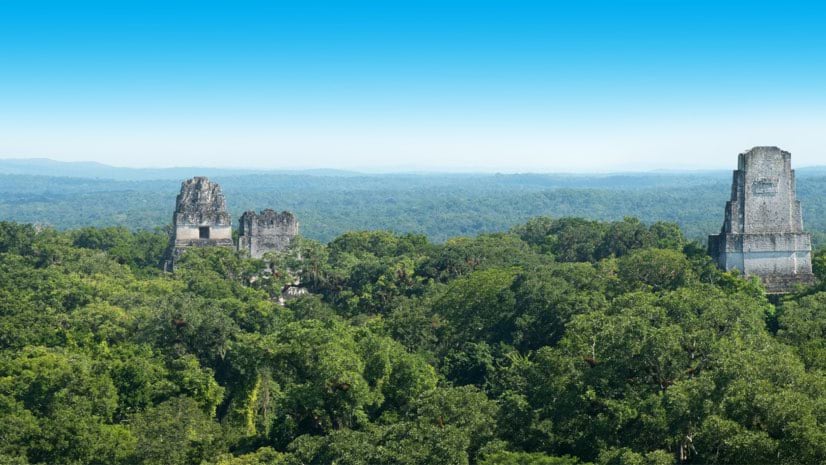 Bordered to the north and west by Mexico and Belize to the east, the lush forests of Guatemala’s PetÃ©n region have long been recognized as a treasure trove of archaeological finds. The area is home to the Mayan Biosphere Reserve where archaeologists have studied the remains of the ancient Mayan civilization for decades. Here, a recent find changed everything they thought they knew when more than 61,000 Mayan structures were detected beneath a thick green veil of trees and vines.

Astonished researchers have discovered not only a few new sites, but thousands of Mayan structures revealed by detection and telemetry (lidar) sensors and displayed on Geographic Information System (GIS) maps. Lidar data was collected across the region in one day, and it took the team several months to prepare and produce a full 3D map that opened up a whole new view of the region’s past.

Marcello Canuto, director of the Middle American Research Institute and professor of anthropology at Tulane University, was part of the research team. He remembers his surprise when he saw lidar footage of his favorite jogging route through the ancient Mayan site he was researching.

â€œPart of my trail went up, over and along an elevated area on the site,â€ Canuto said. “I saw the lidar, and I was like, oh my God, that’s a [Maya] road. I had jogged this thing for several years, and never recognized it.

A new way of looking at an ancient civilization

While viewing the lidar data, Canuto and his colleagues were faced with a large amount of raw architectural and settlement data and compelling implications for the nature of the Mayan civilization.

Lidar data, rich in thousands of recently discovered temples, houses, roads and more, has demonstrated the capacity to accommodate millions of people. Previous research had suggested much lower numbers.

The revised estimate of the size of the local Mayan population in ancient times also changed other assumptions about a tropical society with relatively small political centers.

â€œWhat does the old model involve? This implies non-urban. This implies a small population. This implies a low degree of socio-political complexity and integration, â€Canuto said. â€œNow we can say that is implausible, given the data of millions of Mayans in this area. “

Among many other revelations from lidar data, the team was surprised by the scale of the landscape modification for advanced agriculture, a complex system of elevated roads and causeways allowing movement between urban centers, reservoirs, irrigation and terraces indicating a civilization accustomed to adapting to the extremes of a tropical climate.

â€œWe are able to find the big sites and then all the settlements,â€ Canuto said. â€œAll the little houses, all the constructions to create a society and an infrastructure that was built to improve their lives, to make the landscape more productive or less dangerous, this is the part that is incredibly exciting to me.

Lidar, an airborne remote sensing method that sends out a pulsed laser to measure varying distances, can be used to generate precise 3D information about the surface characteristics of the terrain and the vegetation that covers it. Lidar GIS maps collected in the PetÃ©n region have uncovered thousands of new features at an unprecedented rate. However, the speed at which lidar scans an archaeological site is only one way it is revolutionizing the field. Lidar also provides a comprehensive representation of infrastructure large and small, especially useful for areas with high vegetation cover.

â€œThere’s a real blind spot in the jungle,â€ Canuto said. “If I walk past a large temple 20 meters high, I will see it, but what you cannot imagine are monumental things over an extended space or distance, like a road.”

Lidar data collected at PetÃ©n can also help researchers understand and preserve Guatemalan heritage beyond the scope of archaeological research. As the technology gathered details of ancient built structures, it also accumulated a vast store of data about the natural environment.

â€œWe use 5% of all lidar data. The remaining 95 percent is all vegetation, â€Canuto said. â€œAs archaeologists, we rarely look at the rest of this data. But there is an incredible amount of landscape information that can be used as well. Lidar captures a digital census of the volume and type of forest.

Even in archeology, lidar data can be useful beyond its initial use. In the same year, Canuto and his colleagues learned the true depths of Mayan development in Guatemala, University of Arizona archaeologist Takeshi Inomata investigated a site in Mexico using free lidar data available online.

â€œTakeshi is excavating in Veracruz and Tabasco in Mexico on this massive site that was hiding in plain sight,â€ Canuto said. â€œIt was so big and earthy in nature that it looked like a big mound. It’s so massive in size that an archaeologist would never say, ‘It’s a building.’ But when you see the lidar, it’s obvious.

Shed light on the distant past

Traditional archaeological study relies entirely on what researchers can see and find, with the ongoing goal of mapping an accurate landscape-scale view of each structure.

Until recent years, the process of locating and investigating archaeological research sites had changed little. Most projects started either with a physical study at ground level, in which researchers flagged any features or objects that indicated further investigation, or with a bird’s-eye view from an airplane or drone. Neither approach was able to penetrate the dense forest canopies typical of Mayan settlements.

Lidar had been used by archaeologists since the 1970s to map castles and European structures, but it has always been used in open areas and fields. It was not until 2009 that lidar advanced enough to prove useful in the jungle and the forest. Caracol’s landmark 2009 study in Belize managed to penetrate dense forest canopy, revealing dozens of previously unknown structures and pavements and thousands of agricultural terraces in a fraction of the time a manual survey would take. .

Caracol’s success inspired researchers at the Foundation for Mayan Cultural and Natural Heritage (PACUNAM), a Guatemalan organization focused on protecting the country’s natural and cultural heritage, to oversee groundbreaking lidar research in PetÃ©n.

For research teams, GIS is an integral part of the process of recognizing and categorizing structural sites within lidar imagery. Archaeologists use GIS collection applications and interactive maps to compare various visualizations of the landscape, such as shadow and relief maps and bone maps, and identify features of interest. After adding map coordinates and other identifications for each point, the teams create a map to guide researchers in finding and verifying the lidar data. The 3D view provided by lidar imaging speeds up the process.

â€œAn archaeological project can take 10 years to dig, study or map a site. You could get 20 or 30 square kilometers of mapping over a decade if you’re really good at it, â€Canuto said. â€œWith lidar, you suddenly get accurate data over 300 square kilometers in six months. It is really quite amazing.

Steve is an Industry Specialist for Mapping, Statistics and Imaging at Esri. He has over 18 years of experience in GIS, cartography, cartography and remote sensing. Prior to joining Esri, he was an engineer officer in the United States Army. He was also an officer of the National Oceanic and Atmospheric Administration (NOAA), focusing on remote sensing, surveying and mapping for the US National Geodetic Survey Remote Sensing Division and the Office of Marine and Aviation Services at NOAA. A long-time GIS and remote sensing professional, Snow focuses on applying remote sensing capabilities to solve user mapping problems with the ArcGIS platform.