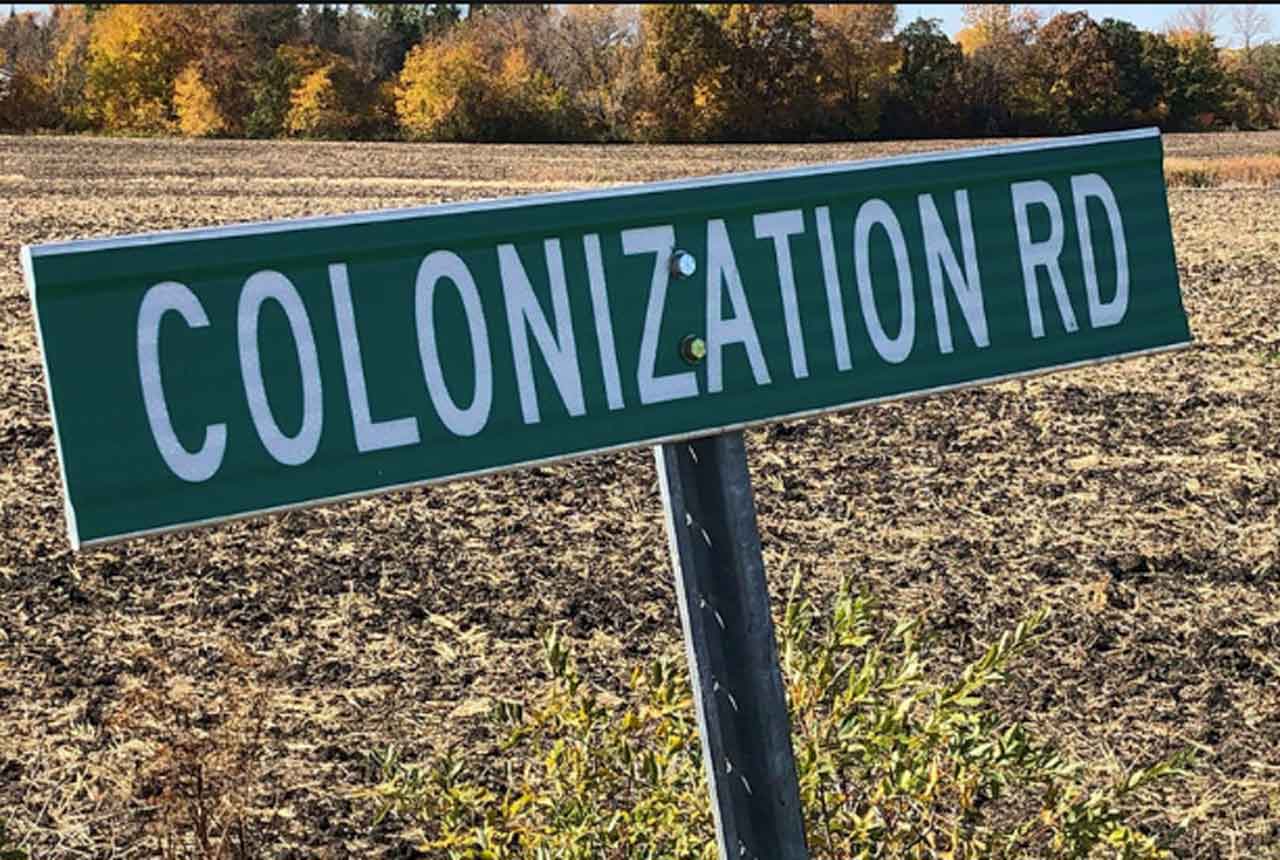 Leader’s Ledger: “We are a community at a crossroads”

Fort Frances – Chief’s Ledger – From the outset, the plan to rename Colonization Road was intended to be a moment of historic reconciliation for Fort Frances. It didn’t turn out that way. As we look forward to a new year – a year with municipal elections – there is much to think about from that experience and how it relates to the big decisions facing a small northern community in transition. Here is a eulogy for Colonization Road.

In November 2020, I presented a proposal to create an advisory committee to lead a Colonization Road renaming process. The original proposal would have asked the council to conduct a civic discussion on the importance of reconciliation and situate our local history of colonization, with the participation of indigenous peoples.

But instead of embracing this recommendation and showing leadership, the council watered it down and ran a racial bait consultation process for months that gave racism and ugly things like denial of residential schools. This approach re-victimized those directly affected by the colonization itself and compelled them to once again stand up for their humanity and the truth of their trauma.

Once the dust settled, the mayor then presented the public debate as a ‘two-sided’ feud – as if those seeking fairness were at fault for not fully considering the offensive opinions of others (who had been publicly disseminated in letters written to the council and toxic local social networks for several months). This characterization was disappointing. It was especially disheartening that Fort Frances dragged its feet, as other communities in the region made the decision to separate from their settlement landmarks – and were deliberate and blunt about their reasons.

But here in Fort Frances, the council hesitated. He whitewashed an equity-seeking initiative with the creation of a generic “route naming policy”. He instituted a protracted consultation that only served to undermine and cast doubt on the clear direction of the Truth and Reconciliation Commission and the Ontario Human Rights Commission. This had the effect of “other” indigenous peoples – as if they were strangers making claims – people who don’t live, work or own a business in Fort Frances, go to school. in Fort Frances and pay municipal taxes in Fort Frances.

It was all deplorable, quite predictable, and the council was warned that it would happen. The refusal to listen made the council seem out of touch with what is happening on the ground in our community and our country. We all remember the horrific discovery in Kamloops and wonder what can be discovered here.

Thinking back 13 months later, I’m afraid the counseling process has resurfaced more evil than it helped resolve. As someone of colonial background who is trying to be an ally of Indigenous peoples, this continues to concern me, as it is the opposite of what I decided to do in November of last year.

Certainly, there are people who think that I have insisted too much on this. I think I pushed just enough, otherwise it wouldn’t have been done. In fact, looking back, I wouldn’t have been so accommodating at first if I had known how I would be treated around the board table. I will not make this mistake again on issues of fairness and justice.

Certainly, several people involved in the municipality strongly opposed it from the start. I have received a number of internal communications between the mayor, council members and former members of the administration which show how deep their resistance to this project was. When I first presented the proposal, the mayor tried to prevent it from even getting on the agenda or going forward. In the months that followed, she attempted to get staff to set up roadblocks. She wrote, in an email, that she would make efforts to prevent this from happening.

Behind the scenes, the mayor and some council members were even furious that I asked the community about their preferences from the names shortlisted from their own process. I only consulted my fellow citizens, which is very appropriate. I think they didn’t like the poll because it painfully showed that opposition to honoring local indigenous peoples came from a small but noisy minority. He also clarified that the unnamed opposition to the project was artificial or unfounded. The results in favor of reconciliation were decisive – and it was their idea that we engaged in a public consultation to begin with.

Looking ahead, this community – like others in the region – still has a lot of work to do to understand how racism and colonialism have shaped its history and are still part of its present. Frankly, the board has contributed to these problems on several occasions. He now has work to do to move the community forward, to demonstrate a more solid understanding of what racism is and to do without the rosy view of local history. Many citizens and local organizations are already doing this big work, such as the Right Relations Circle and the Grand Council Treaty # 3, which recently hosted a forum for chiefs and mayors (which Fort Frances, inexplicably, did not attend) .

A future board needs to re-familiarize itself with the Declaration of Friendship that we adopted with the One First Nations Agency in 2019. One way citizens can make sure this happens is to do these electoral questions and elect a more representative council. There is no reason why a community made up of one-quarter to one-third of Aboriginal people cannot elect Aboriginal citizens to its municipal council. We also need more young voices at the table. The colonization saga has served as a reminder that local elections are important – and the next one we have will be important in writing the next chapter of Fort Frances and the kind of community it wants to become.

At the same time, this saga has also been a lesson in the deep level of entitlement and fragility of whites in this community within a small group that holds economic and political power. But these voices are losing their influence, and the numbers show it. You cannot tell me that a community that brings together hundreds of people for an “Every Child Counts” March on Canada Day is not in favor of reconciliation or that there is a large group. in our community that does not recognize the importance of Indigenous identity in our story community.

We are a community at a crossroads – a community in the midst of social, economic and demographic transition. It is time for the council to act like it did on social issues. We need local leaders to be more direct in their commitment to the changes we need to make them a welcoming and vibrant home for the next generation of young families, diverse entrepreneurs and sought-after professionals.

While the signposts will soon change on east and west colonization – and this is a positive development – the path taken to get us here missed an opportunity to do more, and it did not lead our community into the right way. We are still looking for our way.

Douglas Judson is a municipal councilor in Fort Frances.

The views and opinions of all NetNewsLedger columnists are those of the author.

NetNewsLedger offers all elected officials in the region the opportunity to engage and share with our readers.