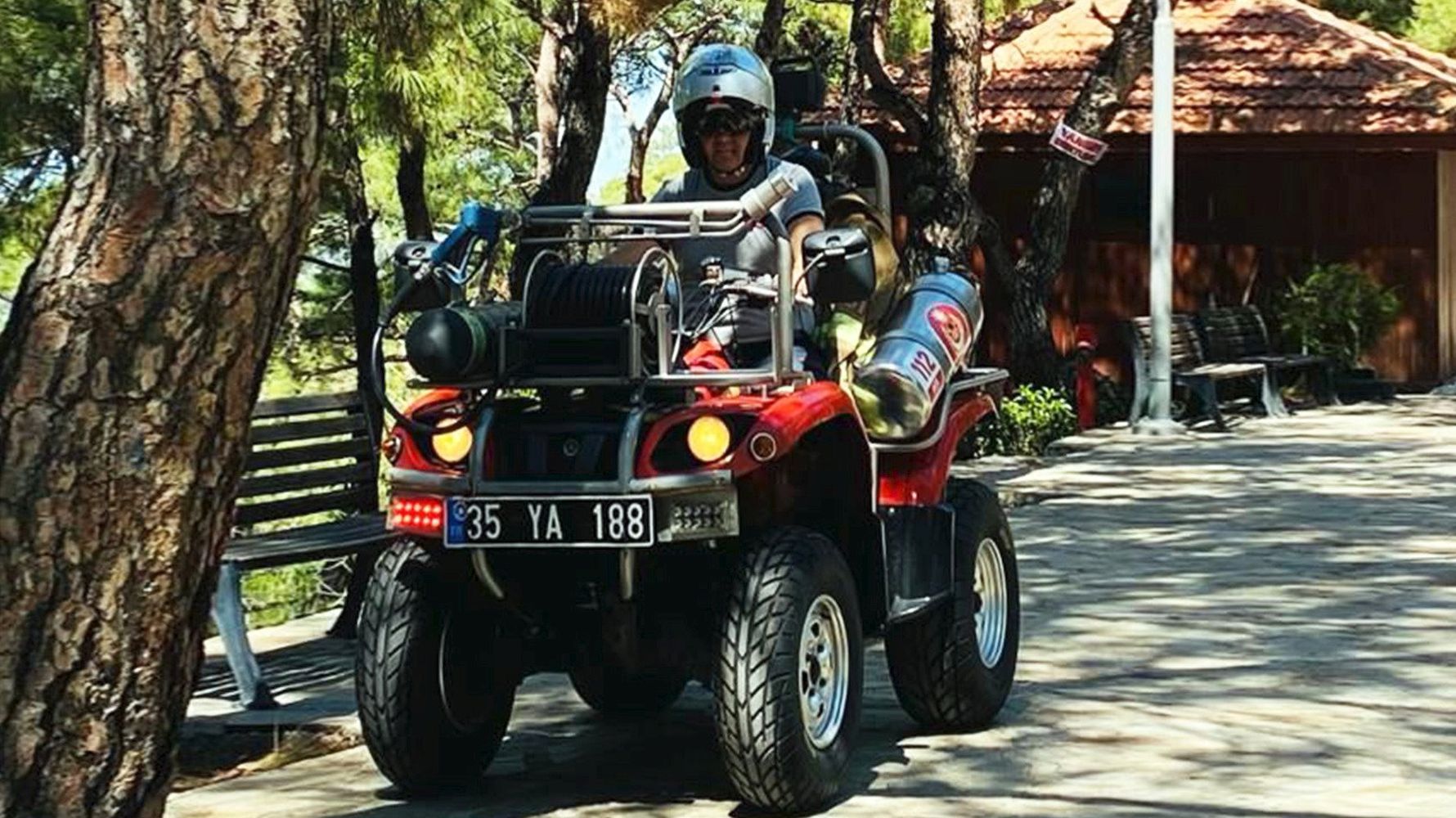 Following the destruction of vast tracts of forest by fires in Turkey recently, the work initiated by the Izmir metropolitan municipality is continuing at full speed. After the announcement by the mayor of the Metropolitan Municipality of Izmir, TunÃ§ Soyer, of the action plan that will make the green texture of the city resistant to fires with the words “We declare a forestry mobilization”, the work aimed at establishing a team of forest volunteers of 200 people started, as the first fire department of the Izmir Metropolitan Municipality in Turkey. The General Directorate of Forest Villages and Rural Areas was created. As part of the work carried out within the framework of this approach, actions have been carried out to strengthen the efficiency of firefighters in forest villages and rural areas. In 4 districts, new fire brigades and fire station guard posts have been established to protect forest villages against forest fires.

Where are the new platoons and guard posts?

Detachments have been established in KaymakÃ§Ä± and Ovakent in Ã–demiÅŸ, YukarÄ±bey in Bergama, Åžirince in SelÃ§uk and AlaÃ§atÄ± in Ã‡eÅŸme. These areas were designed as one-vehicle service areas to be monitored in summer and winter. The detachment from the village of SelÃ§uk Åžirince will serve as an important point for the protection of historic buildings and forest areas.

KarÅŸÄ±yaka There are plans to build a fire station in the urban transformation zone of Ornekkoy in. After the completion of the seat allocation and the commissioning of the building, the KarÅŸÄ±yaka teams will be transferred more quickly to regions such as Ã‡iÄŸli, Yamanlar, GÃ¼mÃ¼ÅŸpala, Kyrenia and BostanlÄ±. In addition, a station map has been prepared for Menemen Ulukent and a seat allocation has been provided. It will soon become a platoon. A demand has also been created for KarabaÄŸlar Eskiizmir. Efforts to reduce fire response times will be supported by the implementation of training programs and the continued delivery of tankers to forest villages.

2021-09-14
Previous Post: What united us was empathy: community organizations help fight hunger in Argentina
Next Post: Dimitra Galani in the Technopolis of the Municipality of Athens ATHENS 9.84