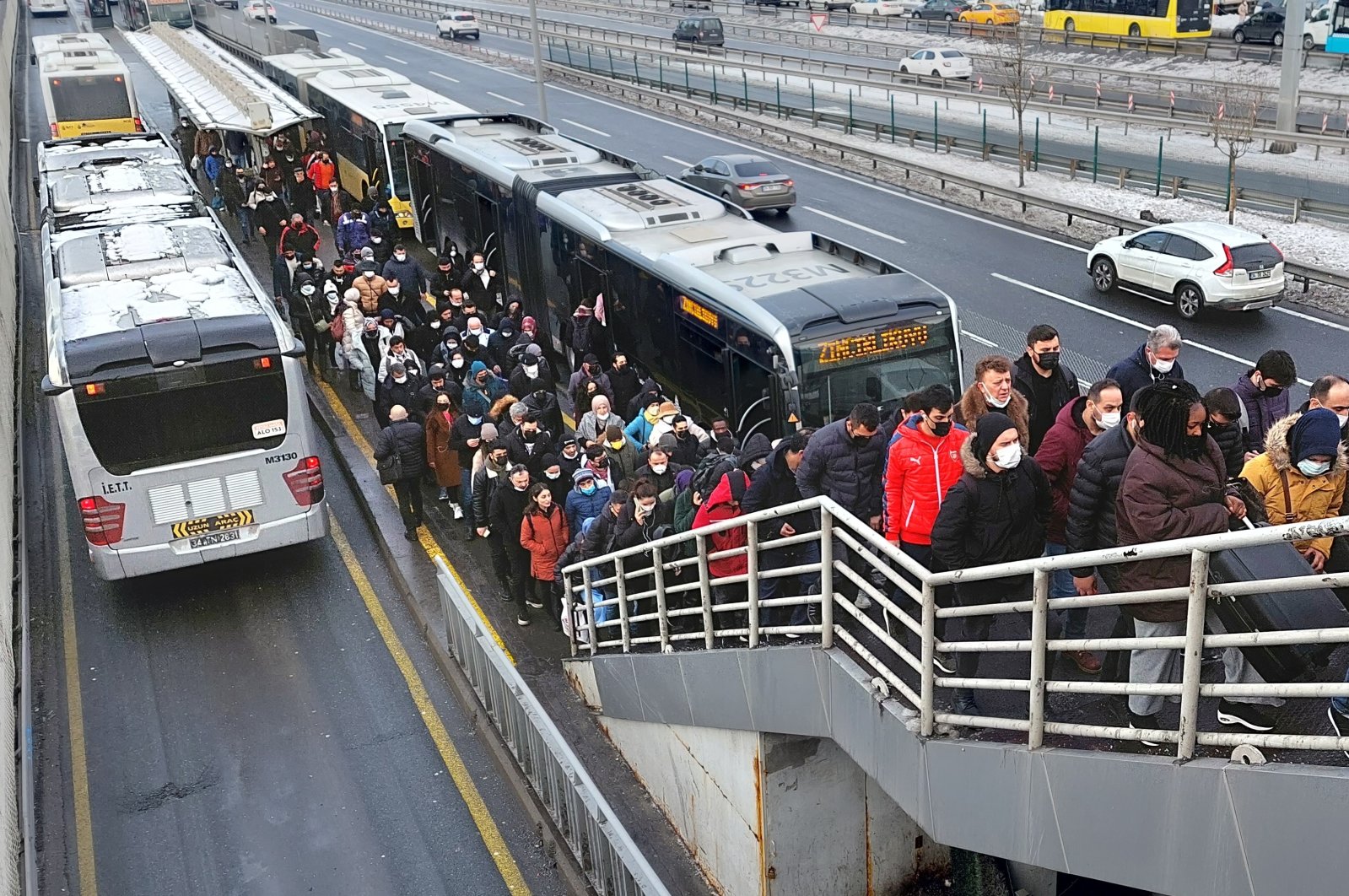 The Istanbul Metropolitan Municipality (IBB) on Wednesday announced a sharp increase in fares for public transport and the Istanbulkart, the city’s electronic public transport pass that covers all public vehicles, buses and metros to ferries operating between the two sides of the Bosphorus.

BWI has decided to increase public transport fares by 40% at a meeting of the transport coordination center (UKOME). In accordance with the decision, which was accepted unanimously, the price for boarding public vehicles will be increased to 7.67 TL from 5.48 TL from April 9.

The change also increases base fares for taxis and minibuses by 40%. The minimum fare for a taxi ride will be 28 TL, while “dolmuş” minibuses used to travel short routes and narrow streets with limited bus access will cost 5.25 TL on board.

Eyüp Aksu, head of an association representing taxi drivers in the city, reiterated his demand for an increase of at least 50%.

Meanwhile, Can Akın Çağlar, the municipality‘s secretary general, noted the discussions that took place during the meeting held two days ago. “Both in terms of the sustainability of public services and in terms of preventing traders from losing capital, an agreement has been reached on a price adjustment of 40%,” he said.

“The transport subsidy of TL 5.5 billion in the BWI budget, which was TL 43.6 billion at the beginning of the year, has increased to almost TL 10 billion at the point reached today ‘, Çağlar said, adding that if cost increases continue at this rate, they will have to devote ‘almost a third of the budget to cheap transportation of our citizens in Istanbul’.

“IBB would especially like to emphasize that the decision that will be taken today is important to ensure the sustainability of the services of IBB and artisans and that it carries an obligation,” he said.

2022-04-06
Previous Post: A proposal to create a civilization zone system
Next Post: Eagle could officially become a city after the primary vote | Community