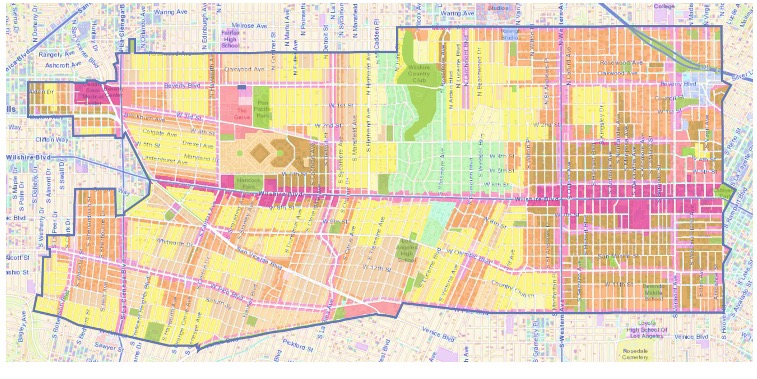 In the 17 years since former city planning director Gail Goldberg announced the “new community plans”, city council has only passed 7 community plans. Additionally, these 7 are due for a second update as City Council directed the planning department to renew LA’s community plans on a six-year cycle. Another 17 community plans, mostly in the South Valley and West Los Angeles, are mired in a protracted preparation process, with no announced adoption dates.

That leaves 14 plans, such as Wilshire’s crucial community plan, already postponed for three years, with no known start or adoption dates. Even if these plans begin their updates in 2023, the city council would best adopt them in 2026. Since community plan updates require extensive community outreach, detailed research, environmental impact reports draft and final drafts, draft and final community plan texts and detailed zoning. prescriptions, 2026 is a very optimistic deadline.

Over the next three years, a lot can happen (eg permanent drought), and that is certainly the case with the Wilshire Community Plan. Also, given the huge traffic jam and homeless encampments in the Wilshire Corridor, along with McMansions, dilapidated sidewalks and streets, missing ADA curb cuts and street trees, and the lack bicycle and e-scooter infrastructure, local community groups are likely to legally challenge the completed community plan. These community groups know the shortcomings of everyday life in the plan area and fail to see how more McMansions, shopping malls, medical complexes and luxury apartment buildings will improve their quality of life. After all, real estate speculation on steroids doesn’t plant drought-tolerant trees and yards, build homes for the homeless, fix streets and sidewalks, replace utility infrastructure. dilapidated, install bike and scooter lanes, subsidize rooftop solar, and fund and construct first and last mile right-of-way improvement proposals for the line extension. Purple Line subway from Wilshire Blvd.

Wilshire Community Plan Map. The borders are Beverly Hills to the west, Hoover to the east, Venice to the south, and Rosewood and Melrose to the north.

There is a long list of projects in the huge Wilshire Community Plan area pictured above. But as long as that community plan is delayed, projects, like the massive Hackman project in Beverly and Fairfax, face fewer hurdles in City Hall’s complex permitting process.

A brief overview of projects already completed and those under review reveals the adverse consequences of further delaying the Wilshire Community Plan update.

Already completed in the western part of the Wilshire Community Plan area:

In review or ready to use:

If Wilshire’s community plan were completed before, and not after, these and dozens of other housing projects got their permits, many projects would be shelved. They would conflict with the policies, plan designations and zoning of the adopted Wilshire Plan. In these cases, researching the plan on local conditions would reveal that the area already has a massive amount of available and unused zoning. The plan’s research would reveal that the area’s large homeless population is the result of inflated rents, which would rise further when expensive apartment buildings open their doors.

All of this had been planned for many years. Retired former planning director Calvin Hamilton remarked that one of Los Angeles’ worst planning mistakes was to allow major construction of large shopping malls (Beverly Center, The Grove) and other major traffic generators (Cedar-Sinai Hospital) north of Wilshire Boulevard’s Miracle Mile. corridor. As LA’s premier commercial, traffic and transit corridor, it should have been the location for these and other major projects. If his advice had been heeded, Angelenos would not be subject to the Battle of the Titans, in which the Farmers Market and the Grove Shopping Center, two massive traffic generators, lead opposition to the massive Hackman Project at the Beverly-Fairfax CBS / Site of the City of Television.

Proper planning would have either prevented these and similar projects, or directed scaled-down versions to the Miracle Mile area of ​​Wilshire Boulevard. Unfortunately, in Los Angeles, rational planning is overshadowed by a “planning process” shaped by short-term real estate transactions. While a few easy brands may be drawn in to support these offerings, these cheerleaders are part of the problem, not the solution. Meanwhile, the quality of life for people in the area will deteriorate further, as these huge planning mistakes add to the area’s epic traffic jams and homelessness.

(Dick Platkin is a former Los Angeles city planner who reports on local planning issues for CityWatchLA. He sits on the boards of United Neighborhoods for Los Angeles. (UN4LA) and the Greater Fairfax Residents Association. Previous Planning monitoring the columns are available on the CityWatch LA Archives. Please send your comments and corrections to [email protected].)