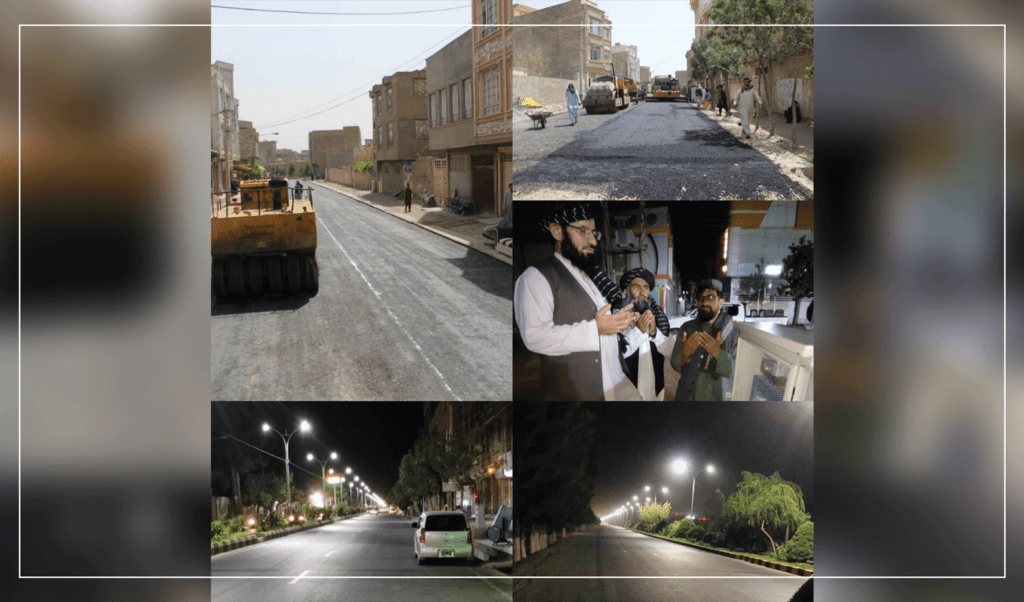 HERAT CITY (Pajhwok): The Mayor of Herat City, the capital of Western Herat Province, announced the execution of 54 infrastructure and decoration projects this year.

Speaking exclusively to Pajhwok Afghan News, Hayatullah Mohajir Farahi said, “Technical work on 32 projects has already been completed and practical work on 15 of them has been started.”

He said funds for the 54 projects were provided from the municipality’s budget.

Meanwhile, some residents of Herat city have expressed satisfaction with the performance of the municipality. The city had been beautified, they acknowledged.

They confirmed that there had been an unprecedented improvement in the municipality’s performance – a fact recognized by social media activists.

Abdul Rahim, a resident of Herat City, said, “The performance of the municipality has improved compared to the past.

He hailed the municipality’s efficiency as admirable, noting a positive change that has been brought to the West Town in a short time.

The improvement of the public lighting system, the construction of bus stops and roads, as well as the inauguration of several other projects are among the achievements of the municipality.

Abdul Rahim has asked the city administration to identify a separate location for vendors, whose presence is visible behind traffic jams in the provincial capital.

He also demanded the eradication of noise pollution to ensure comfort and calm in the city.

He suggested that economists and professionals specializing in infrastructure development present their plans to the municipality for the beautification of the city.

The activist urged the residents of the city to abide by the rules and regulations in addition to following the principles of city life. He asked people to unite for the cleanliness of their city.