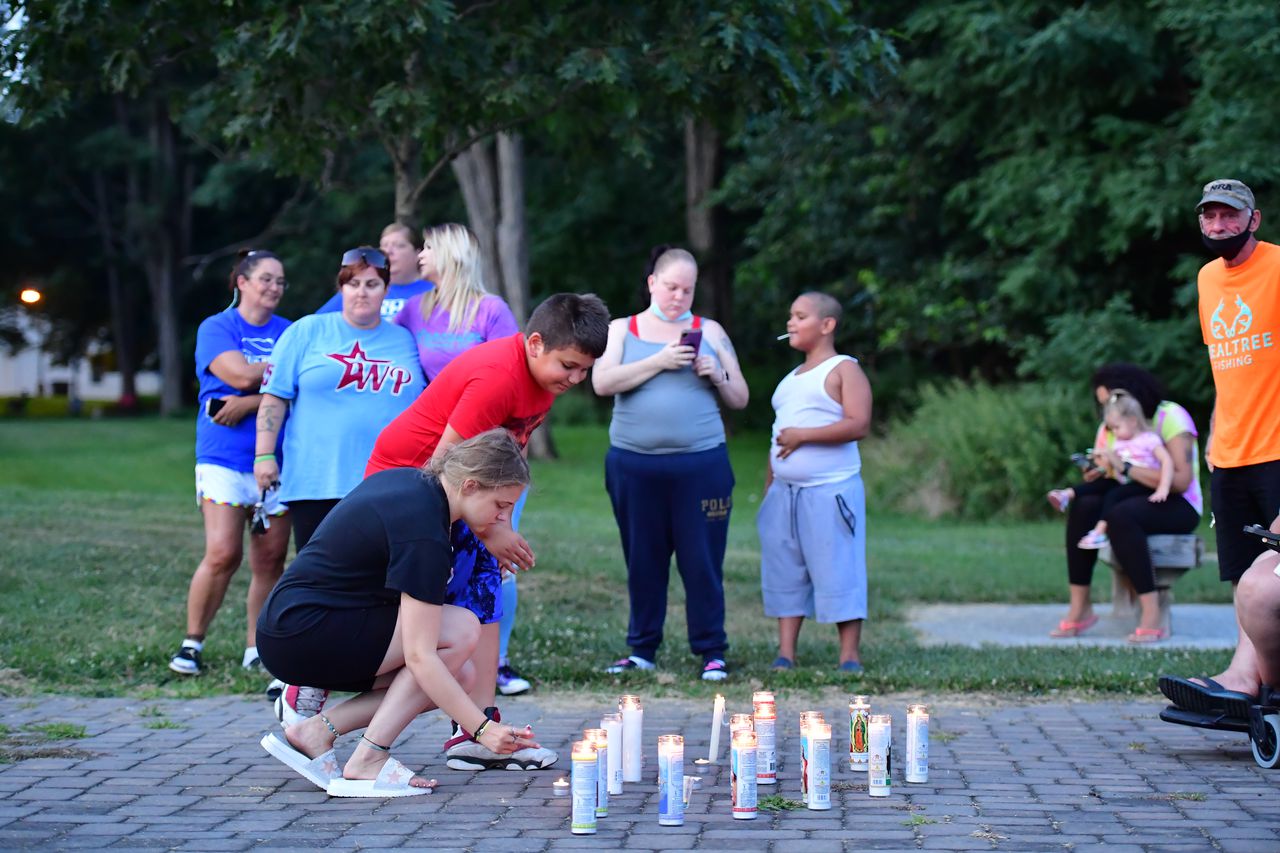 Heartbroken community mourns victims of Steelton fire: “We are all in pain”

Many people knew the family who lived above Raja’s Convenience Store in Steelton, although they didn’t know them well.

Julianna Paioletto said she had some connection to them, but like many others, she mostly spent time in and around the store and met the family along the way.

Officials said two adults and two children were killed in a fire inside the apartment above the store on Friday morning. The identity of the deceased has not yet been released.

But it was the closeness the community felt to the family that prompted Paioletto to decide to hold a Sunday evening vigil.

She posted a message on Facebook to let people know of her intention and on Sunday night dozens of people gathered outside the store.

However, the decision to move the vigil came quickly, when the family learned that the mother of the children was not ready to welcome people to the fire site.

“Which is perfectly understandable, we wanted to respect his feelings,” Paioletto said.

So the group walked up the block to Mohn Street Park and lit candles before sharing stories and prayers for the family.

A man, who was moved as he spoke, said he approached one of the men and met the children.

“I hope people will watch what happened here today. We are all together, ”he told the group. “You know, race doesn’t mean anything. It’s your heart. This is how you feel about people. It’s love. Without love, we are all going to be sorry and hurt.

The mayoress of Steelton, Maria Marcinko, also spoke, pointing out that this was the highest death toll in a fire ever recorded in the district.

But for Marcinko, it’s more personal than that. Forty-seven years ago, she lost her own cousin in a gun battle in the same room, she said, where the fire claimed the lives of this family.

Members of both departments mourn the family, wishing they could have saved those lives, Marcinko said.

To anyone who tries to criticize them, Marcinko says “don’t step in their shoes”.

She said they are mentally scarred by it, with some firefighters who had never seen a person dying by the fire before. There are ongoing debriefings by the department chaplain with all of the first responders, and even Marcinko herself.

But for the people who showed up on Sunday night, she was proud.

“Steelton is still riding. We always stay together. We always take care of each other. We are several countries, one people, ”Marcinko said.

“Strangers from this family have come to give their support,” she added. In an attempt to save two strangers and now help the families of those who have died, Marcinko said it shows the love that comes from the community.

“They just come out because they are in pain too. We are all in pain, ”Marcinko said.

A GoFundMe campaign for family funeral expenses and more was established on Sunday.

According to Paioletto, items and other donations can be made to the family’s great-grandmother, Sandra Lutz, at 1615 North River Road, Apt. 202, Halifax Township, 17032.