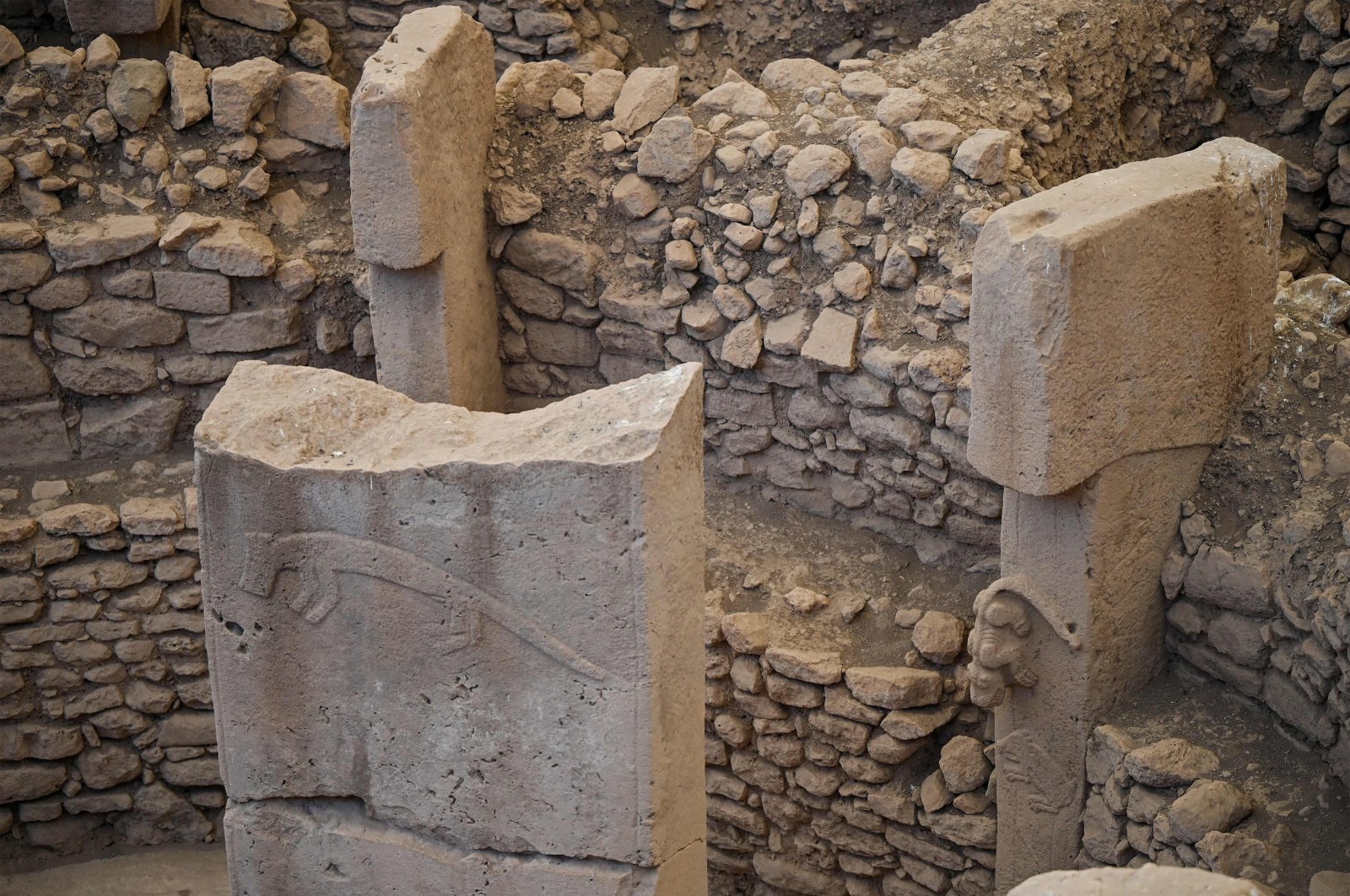 Göbeklitepe in Turkey: cradle of civilization

On a sunny hill in southeastern Turkey, the oldest known religious shrine in the world is slowly revealing its secrets.

“When we open a new trench, we never know what to expect,” said Lee Clare of the German Institute of Archaeology, who has been excavating there since 2013.

Göbeklitepe, which means “Potbelly Hill” in Turkish, is arguably the most important archaeological site on Earth.

Thousands of our prehistoric ancestors gathered around its highly decorated T-shaped megalithic pillars to worship over 7,000 years before Stonehenge or the first Egyptian pyramids.

“Its importance is hard to overestimate,” Sean Lawrence, assistant professor of history at the University of West Virginia, told Agence France-Presse (AFP).

Scholars believe the history of human settlement began in these hills near the Syrian border around 12,000 years ago, when groups of Stone Age hunter-gatherers came together to build these sites .

Göbeklitepe – which some experts say has never been inhabited – may be part of a larger sacred landscape that encompasses other nearby hilltop sites that archaeologists believe may be even older.

No one would have guessed anything until German archaeologist and prehistorian Klaus Schmidt began bringing the first finds to the surface in 1995.

Since then, German and Turkish archaeologists have been working there in the sun, and ever-longer lines of tourists are joining them to ponder its many mysteries.

When exactly it all started isn’t even clear.

“The exact years are almost impossible to verify,” Lawrence said.

“However, the oldest Egyptian monument, the pyramid of Djoser at Saqqara, was built around 2700 BC”, more than seven millennia after Göbeklitepe.

“It was the end of what are often thought of as Stone Age hunter-gatherer societies and the beginning of settled societies,” Lawrence added.

“There remain endless mysteries around the site, including how the work was organized and how the sites were used,” he said.

Göbeklitepe even inspired the Netflix sci-fi psychological thriller series “The Gift,” which revolves around one of the ancient inscriptions on its pillars.

Schmidt – who often wore a traditional white turban during excavations – was puzzled by the megaliths carved with images of foxes, bears, ducks, lizards and a leopard for more than two decades until his untimely death at the age of 61 in 2014.

The site was initially considered purely ritual. But according to Clare, there is no “good evidence” of early settled life with some constructions similar to those of the same age found in northern Syria.

Turkey – which in the past was not renowned for making the most of its vast archaeological heritage – has wholeheartedly embraced the finds.

The artefacts excavated from Göbeklitepe are displayed in the impressive archaeological museum in the nearest town, Şanlıurfa, which itself is so old that Abraham is believed to have been born there.

Indeed, its new museum built in 2015 has “the largest collection of the Neolithic era in the world”, according to its director Celal Uludağ. “All Göbeklitepe wearable artifacts are on display here.”

“It’s a journey to civilization, (for them) zero points in time,” said Aydın Aslan, head of Şanlıurfa’s culture and tourism department.

“Göbeklitepe sheds light on prehistory, which is why it is a common heritage of humanity,” he says proudly.

Last year, Turkey’s Culture Ministry increased funding for new excavations in the area as part of its ‘Stone Hills’ project, including money for the hilltop site of Karahan Tepe – about 35 kilometers away. of Göbeklitepe – which some suspect to be even older.

“Now we will go further because Göbeklitepe is not the one and only,” Culture Minister Nuri Ersoy said last year.

The additional funding “gives us a fantastic opportunity to compare our results from Göbeklitepe with new sites in the Sanliurfa region of the same age,” Clare said.

Göbeklitepe has also brought life back to a poor and long-neglected region, which was further affected by the civil war just across the border. Syrian refugees now make up a quarter of Şanlıurfa’s population.

Over one million tourists visited Şanlıurfa in 2019 and the city expects to reach pre-pandemic levels this year.

“Today Göbeklitepe has started to directly affect the city’s economy,” said Aslan, who hopes its glorious past could be a key part of the city’s future.