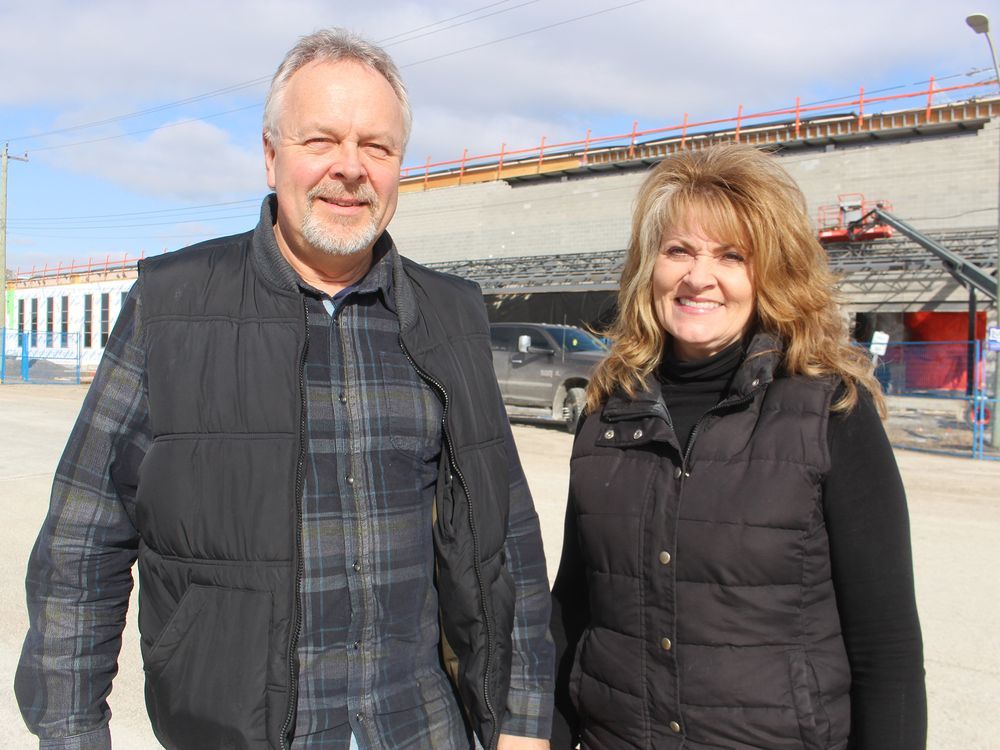 A campaign has been launched to raise $2 million for Warwick Township’s East Lambton Community Complex being built at the Watford Arena.

The $11.5 million project includes improvements to the arena, as well as the addition of a new gymnasium, banquet hall and other facilities.

“We have a lot of community support,” she said. “Watford and the surrounding area has been great in participating in other community events and efforts, so we think it’s doable.”

The Township of Warwick has announced the members of the campaign team, which include business owners, as well as representatives from the municipality and local service clubs. Noll’s husband, George Noll, serves as co-chair. They are both members of the Rotary Club.

She said the campaign will focus on seeking donations.

“We’re going to go after businesses in town and then we’ll break them down into families and memorials,” Noll said.

Although the campaign does not plan any fundraising events, local clubs and organizations may wish to organize fundraisers to support their own contributions, she said.

The donations started to “come in,” Noll said.

The campaign is also offering naming rights for venues and areas of the center that start with contributions of $25,000.

“We have people coming forward with interest,” she said.

She said the campaign hopes to have completed its fundraising by the time the center opens. The project began last spring and should be completed in November.

“If it’s a bit later, so be it,” Noll said, “but hopefully it’ll be over, for sure, in a year. November would be good.

Officials in the township of around 4,000 people began planning a new community facility after a 2017 inspection found the 50-year-old Centennial Hall in Watford was in poor condition and needed major renovations. it had to continue to function.

Noll said local residents are “very eager to have a new and fresh place for weddings, family functions and celebrations because it’s been a long time coming.”

The addition being built at the south end of the arena will include the gymnasium and a banquet hall with a capacity for 750 people, as well as a walking track along the perimeter and a kitchen and bar . It will also have a multipurpose room that can accommodate 65 people, a fitness room that will be operated in partnership with the YMCA, a lounge area and an outdoor kitchen.

Noll said community service clubs are also eager to use the facilities for their events and fundraisers.

She said the Rotary Club is especially eager to use the center’s outdoor kitchen for its fish fry fundraisers.

She said the center is also expected to help attract new residents to the community.

“Anyone who wants to donate can donate,” Noll said. “You don’t have to wait for us to come to you – feel free to come to us.”