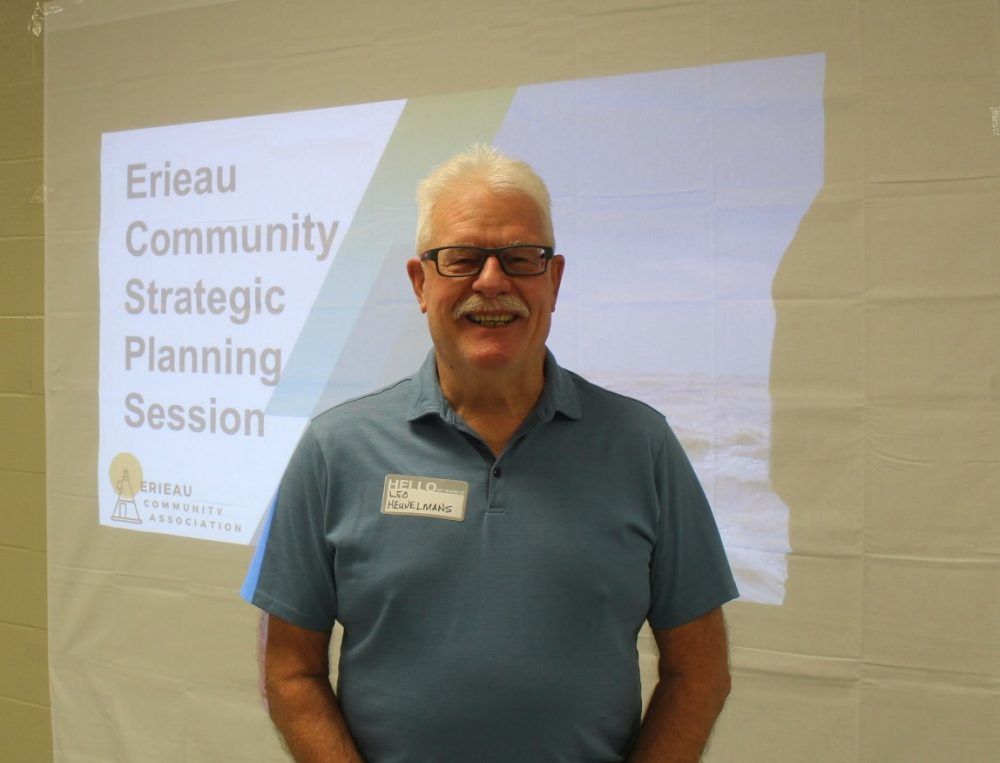 Erieau residents discuss the future of the waterfront community

ERIEAU — The process of developing a strategic plan for this community on the shores of Lake Erie took a big step forward Saturday as many residents came out to share their concerns, wants and needs for the future.

Two information sessions were held to provide an update on the results of a community survey which attracted 242 participants.

The development of a strategic plan is being led by the Erieau Community Association (ECA), which wants planning for the future to be community driven.

There was a mix of important items and relatively easy solutions discussed that residents would like to see happen.

Erosion is a big problem for residents, especially in two areas; one being the erosion of Seagull Island and the impact it is having on the shipping channel. The other area of ​​concern is a section of Lake Erie shoreline near the only road in and out of the village that could turn it into an island if erosion were to cause a major breach in the large boulders currently protecting the area.

There are also concerns about the condition of two municipally owned land along Mariners Road and the need to do something about a large dilapidated building along the pier at the end of Mariners Road.

If money weren’t an issue, some residents would like to have new sewers installed.

It is certain that there will be differences of opinion on future growth. When it was suggested that some would like the village to grow to resemble the bustling activity seen in Grand Bend, it caused groans in the room.

The subject of short-term rentals is one that will require careful discussion, weighing the benefits of tourism dollars spent on local businesses while keeping a lid on properties overcrowded with rowdy guests.

The need for better Internet service should be met by the end of the year thanks to Cogeco’s plans to invest in the community.

However, some other issues that the municipality has control over include improved beach maintenance, including more frequent cleaning of changing rooms and beach toilets, increased garbage collection during long weekends and eliminating the large amount of poison ivy along the beach paths.

There is also a wish that more services and programs for children be provided at the Erieau Library, technically considered a book depository, which is run solely by volunteers.

On the issue of security, the question was raised whether an ambulance could be stationed in the village during busy long weekends.

Community feedback received on Saturday will be taken into account and further community consultations are planned, leading to the development of a strategic plan before the end of the year.

Erieau Community Association President Leo Heuvelmans said he was pleased with the response from the community and believes there will be positive results.

“We are confident things will get done,” he said.

“None of these goals are impossible to achieve, we just have to be patient and work on it,” Heuvelmans said, adding that this is a long-term plan.

The three councilors from South Kent attended the morning session.

“I think this is an exciting and very important step for the future of Erieau,” Trevor Thompson told those in attendance.

“Obviously there are pressures and pulls to how we grow up and how we still cling to that sense of community and belonging and family,” he said.

“We have to be very careful about how we plan for our future,” Thompson said, but added that it was important for residents to “drive the bus.”

“We’re here because of the great committee we have here in Erieau,” Anthony Ceccacci said of the ECA.

He said great things have been accomplished in the community over the past few years through the involvement of ECA.

Clare Latimer encouraged local residents to participate in the project, which is a vision for Erieau developed by those who live in the community.