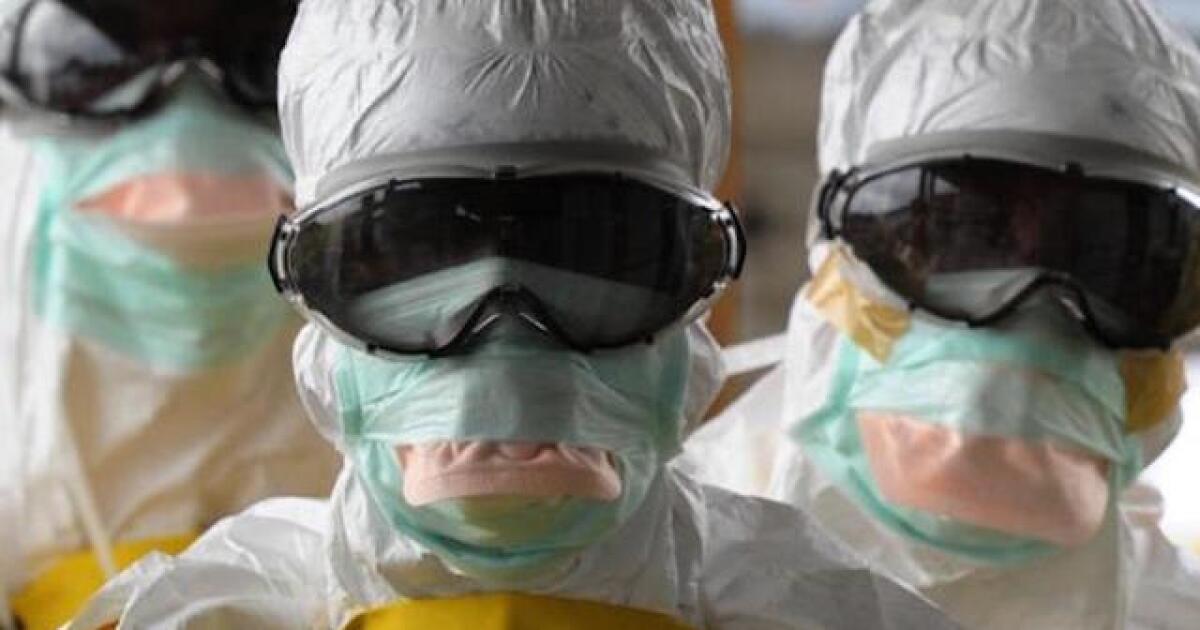 Ebola spreads in urban areas in the DRC

An Ebola outbreak in the Democratic Republic of Congo (DRC) has now entered a “new phase” after the confirmation of the first urban case, the country’s health minister, Dr Oly Ilunga, said. Kalenga, said Wednesday.

The new case of Ebola virus disease (EVD) has been confirmed in Wangata, one of three health zones in Mbandaka, a city of nearly 1.2 million people in northeastern Equateur province. western DRC, the World Health Organization (WHO) confirmed on Thursday.

The spread of the virus from rural areas to a city has raised concerns that it will spread quickly and become more difficult to control.

A total of 44 cases of hemorrhagic fever have been reported, including 23 deaths, according to the health ministry. Three cases were confirmed by laboratory tests.

So far, cases and deaths have been reported in the rural health zone of Bikoro, nearly 150 km from Mbandaka, allowing authorities to attempt cantonment vaccinations in affected areas.

A newly confirmed case in a densely populated part of the country will complicate attempts to control the outbreak.

â€œThis is a worrying development, but we now have better tools than ever to fight Ebola,â€ said Dr Tedros Adhanom Ghebreyesus, WHO Director-General. “WHO and our partners are taking decisive action to stop the spread of the virus.”

WHO is deploying around 30 experts to carry out surveillance in the city and inform local communities about treatment and prevention methods in collaboration with the country’s Ministry of Health.

The United Nations agency is also working in partnership with NGOs, including MÃ©decins Sans FrontiÃ¨res, to ensure that health facilities are prepared to treat patients in isolation wards.

“The arrival of Ebola in an urban area is of great concern and WHO and its partners are working together to rapidly step up the search for all contacts of the confirmed case in the Mbandaka region,” said Dr Matshidiso Moeti, director WHO Regional for Africa.

The health ministry first reported the outbreak, the ninth the country has faced in the past four decades, on May 8.

“This epidemic is very close to the Republic of Congo and the Central African Republic. And we take it very seriously,” Dr Ibrahima-Soce Fall, WHO Regional Emergency Director for Africa, said on Monday when two cases were suspected in Mbandaka and kept in isolation.

The World Health Organization, which earlier this week deployed 4,000 doses of experimental vaccine as well as emergency teams and equipment in DRC to control the epidemic, described the situation as “a worrying development. “

The supplied Ebola vaccine – called rVSV-ZEBOV – has been shown to be safe for humans and very effective against the Ebola virus, according to the WHO.

A 2016 study found it to be 100% effective in trials in Guinea in coordination with the country’s health ministry after the 2014-15 epidemic.

The United Nations agency worked with the Ministry of Health and the international non-governmental organization MÃ©decins Sans FrontiÃ¨res to carry out vaccinations in affected areas – where contacts of infected people, followed by contacts of those contacts, would all be vaccinated. .

More doses of the vaccine are expected to be dispatched, a WHO spokesperson said earlier in the week.

Ebola virus disease, which most commonly affects humans and non-human primates such as apes, gorillas and chimpanzees, is caused by one of five Ebola viruses. On average, about 50% of people who contract Ebola die from it.

The first human Ebola outbreaks occurred in 1976, one in the north of what is now DRC and in what is now South Sudan.

Humans can become infected from other humans if they come in contact with bodily fluids of an infected person or contaminated objects of infected persons. Humans can also be exposed to the virus, for example by butchering infected animals.

West Africa experienced the largest Ebola outbreak on record in a two-year period starting in March 2014; A total of 28,616 confirmed, probable and suspected cases have been reported in Guinea, Liberia and Sierra Leone, with 11,310 deaths, according to the WHO.

2018-05-17
Previous Post: Tornos News | New study finds ancient Mycenaean civilization may have collapsed due to uprising or invasion
Next Post: Fastest growing urban area in America has a water problem