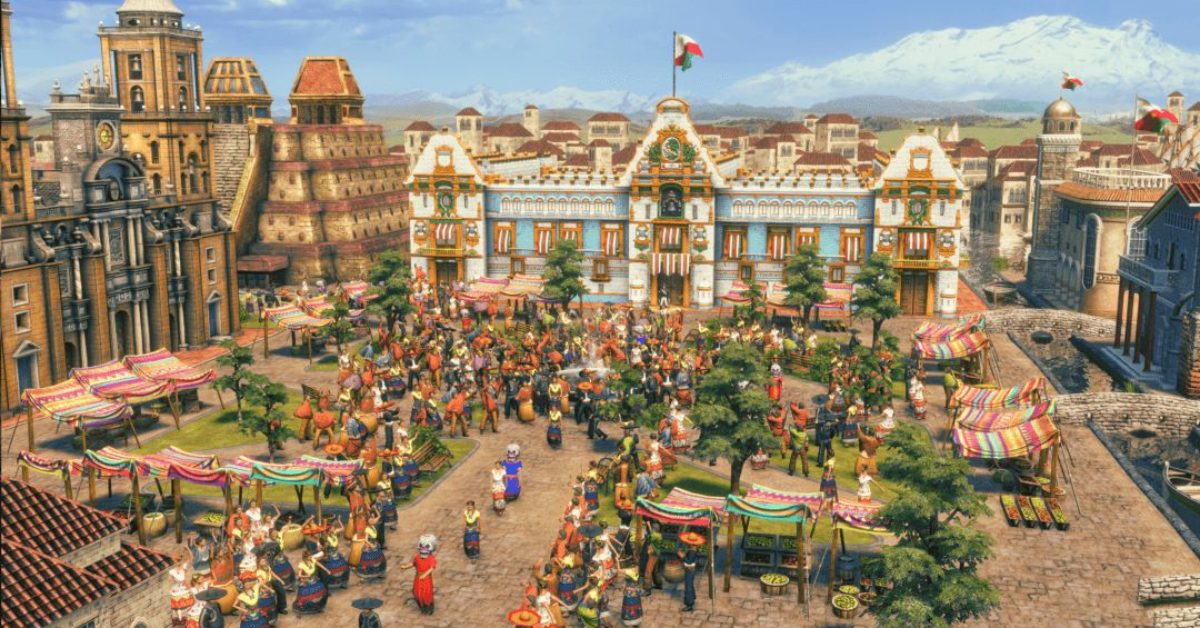 Xbox Game Studios and Relic Entertainment have added Mexican Civilization to Age Of Empires III: Definitive Edition this week. This is a brand new DLC that brings some battles and other additions to the game from a very specific period of the country’s development as you will experience historical battles will receive a new scenario unique to the Mexican civilization. The DLC will be released on December 1st for you to dive into, as we have more information and the trailer here.

Unlike any other civilization in Age Of Empires III: Definitive Edition, rising Mexican states may choose to revolt instead of advancing to the Ages of Fortress, Industry, or Empire. Each revolt gives you a whole new deck full of opportunities. Additionally, Mexico has the unique opportunity to reverse its revolts and return to Mexico, while retaining access to the benefits of all cards sent during the revolution. Add a whole new set of federal states to evolve your gameplay and Mexican civilization can adapt to any strategic situation like no other.

“Grito de Dolores” – As the Bourbon reforms granted more power to the Spanish elite and diminished that of the church, resentment grew among Mexico’s rural population. When news of Napoleon Bonaparte’s conquest of Spain reached the Americas, the words of a Catholic priest ignited the sparks of revolution.

But that’s not the only historic battle that awaits you. The histories of Mexico and the neighboring United States are deeply intertwined, marked by many pivotal battles. On December 1, all owners of the previously released United States Civilization DLC will receive the historical battle “The Burning of USS Philadelphia” for free (even if they do not own the Mexico City DLC). Finally, the owners of both the DLCs of the civilizations of the United States and Mexico will have access to another historical battle: “The Battle of Queenston Heights”. This scenario will be available to owners of both DLCs even if they purchase each DLC separately.