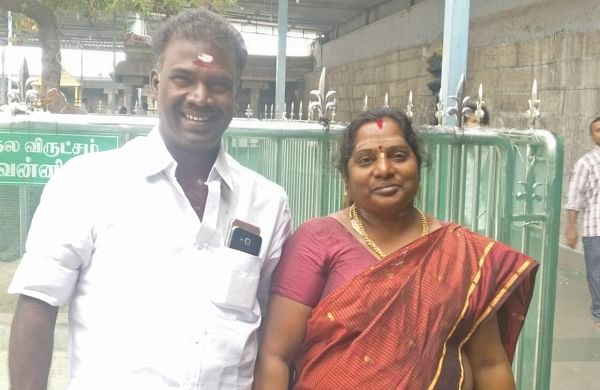 CHENNAI: A couple, both belonging to the MDMK, won the municipality of Managadu in the urban local body elections on Tuesday.

P Murugan (47), who has already won three victories in Ward 1 of Managadu when it was a special grade municipal panchayat, has now been elected in Ward 9. His wife, M Sumathi, won in ward 6 for the first time and has a chance to become president of Mangadu municipality.

Murugan, who was initially in DMK, left the party with Vaiko in 1994.

“When I was young, I was drawn to Vaiko’s speeches and wanted to make a change, so I decided to join him when he decided to create a new outfit,” Murugan said.

Sumathi has also been part of the party since her marriage to Murugan 23 years ago.

“Although I was in the party, I never thought of running for office. My husband convinced me this time. In general, my family members are aware of politics and participation in elections will give us a chance to work for the people. brother-in-law also contested as an independent candidate but lost by a margin of seven votes,” Sumathi said.

With Mangadu recently becoming a municipality, the couple are looking forward to creating more facilities for the locals.

“I am happy that our party has performed well in local elections. Usually I go to the field if there are problems and try to sort them out. We would like to improve the storm drains in Mangadu and also build a bus near the temple in a short time as that was the main demand of the people,” Murugan said.