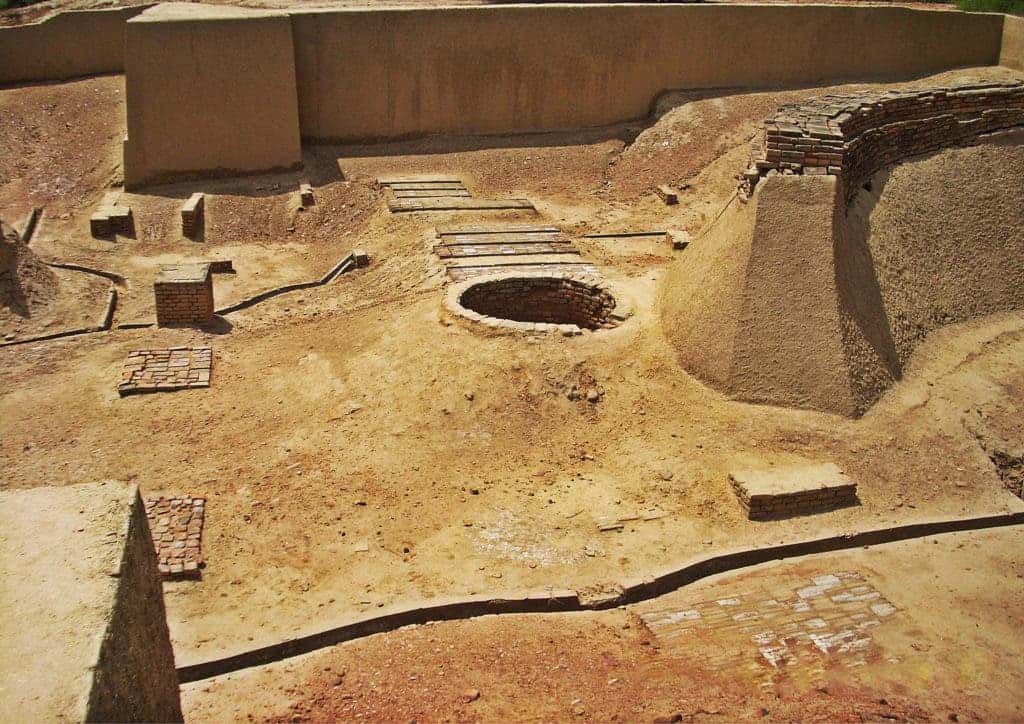 Climate change caused the demise of the flourishing ancient civilization

About 4,000 years ago, the Harappa culture flourished in the Indus Valley in what is now modern Pakistan and northern India. They had large, thriving cities, invented sewage centuries before the Romans, and established vast trade routes to Mesopotamia. But in less than two centuries, their culture faded and their cities crumbled – and the main culprit may have been climate change.

The Indus Valley Civilization was a predominantly urban culture supported by surplus agricultural production and trade. They preferred urban settlements and built at least two major cities: Harappa and Mohenjo Daro, which were remarkably advanced for their time.

But things started to change around 2500 BCE. Changing temperatures and weather throughout the Indus Valley caused the summer monsoons to gradually dry up, making farming increasingly difficult.

Liviu Giosan, geologist at WHOI and lead author of the new paper, says this is what ultimately led to their demise and forced them to slowly retreat to smaller villages in the foothills of the Himalayas.

“Although capricious summer monsoons made farming difficult along the Indus, in the foothills the humidity and rain came more regularly,” says Giosan. “When winter storms from the Mediterranean hit the Himalayas, they created rain on the Pakistani side and fed small streams there. Compared to the monsoon floods the Harappans used to see in the Indus, it would have been relatively little water, but at least it would have been reliable.

The end of an era

It’s not a new theory, but it’s been hard to find evidence of these changing patterns in soil samples. Instead, Giosan and his colleagues took to the ocean. They observed microscopic fossils called foraminifera. Foraminifera are primitive “living fossils”, living from the Cambrian (542 million years ago) to the present day. They have a fossil usually made of calcium carbonate, which means that they often fossilize, especially in the environment of the Indus region. However, instead of looking for fossils, the researchers went a step further: they looked for DNA fragments.

“The seabed near the mouth of the Indus is a very low oxygen environment, so anything that grows and dies in the water is very well preserved in the sediment,” Giosan says. “You can basically get DNA fragments from almost anything that’s lived there.”

“The value of this approach is that it gives you a picture of past biodiversity that you would miss based on skeletal remains or fossil records. And because we can sequence billions of DNA molecules in parallel, it gives a very high resolution picture of how the ecosystem has changed over time,” adds William Orsi, a paleontologist and geobiologist at the University. Ludwig Maximilian from Munich, who collaborated with Giosan on the works. .

This is an interesting kind of indirect evidence: during the winter monsoons, strong winds bring nutrients from the deepest parts of the ocean to the surface, fueling an increase in plant and animal life – the evidence of this increase is recorded in the DNA sequences of the sedimentary layers of the ocean floor. DNA evidence revealed that the winter monsoons appeared to grow stronger and the summer monsoons weaker towards the later years of Harappan civilization, corresponding to the shift from towns to villages. It is not known exactly when and how quickly this process took place, but it was the end of an era.

“We don’t know if the Harappan caravans moved to the foothills in a matter of months or if this massive migration happened over centuries. What we do know is that when it ended, their urban lifestyle ended,” Giosan says.

A lesson for today

This event signifies a very important warning for today. Unlike us, the Harappans did not cause this climate change on themselves – the source of this climate change actually came from very far away. A mini ice age has set in, releasing colder air from the Arctic into the Atlantic and, subsequently, northern Europe. This, in turn, pushed cold (but relatively warmer) air from northern Europe, creating storms in the Mediterranean, which led to an upsurge in winter monsoons in the Indus Valley. destiny for the Harappan cities.

A similar process is occurring today, and climate change sets in motion a complex mechanism that will affect all regions of the globe.

“It’s remarkable, and there’s a powerful lesson for today,” he notes. “If you look at Syria and Africa, migration out of those areas has roots in climate change. This is just the beginning – rising sea levels due to climate change can lead to huge migrations from low-lying areas like Bangladesh or hurricane-prone regions in the southern United States. Back then, the Harappans could deal with change by moving around, but today you’ll encounter all kinds of borders. Political and social convulsions can then ensue.