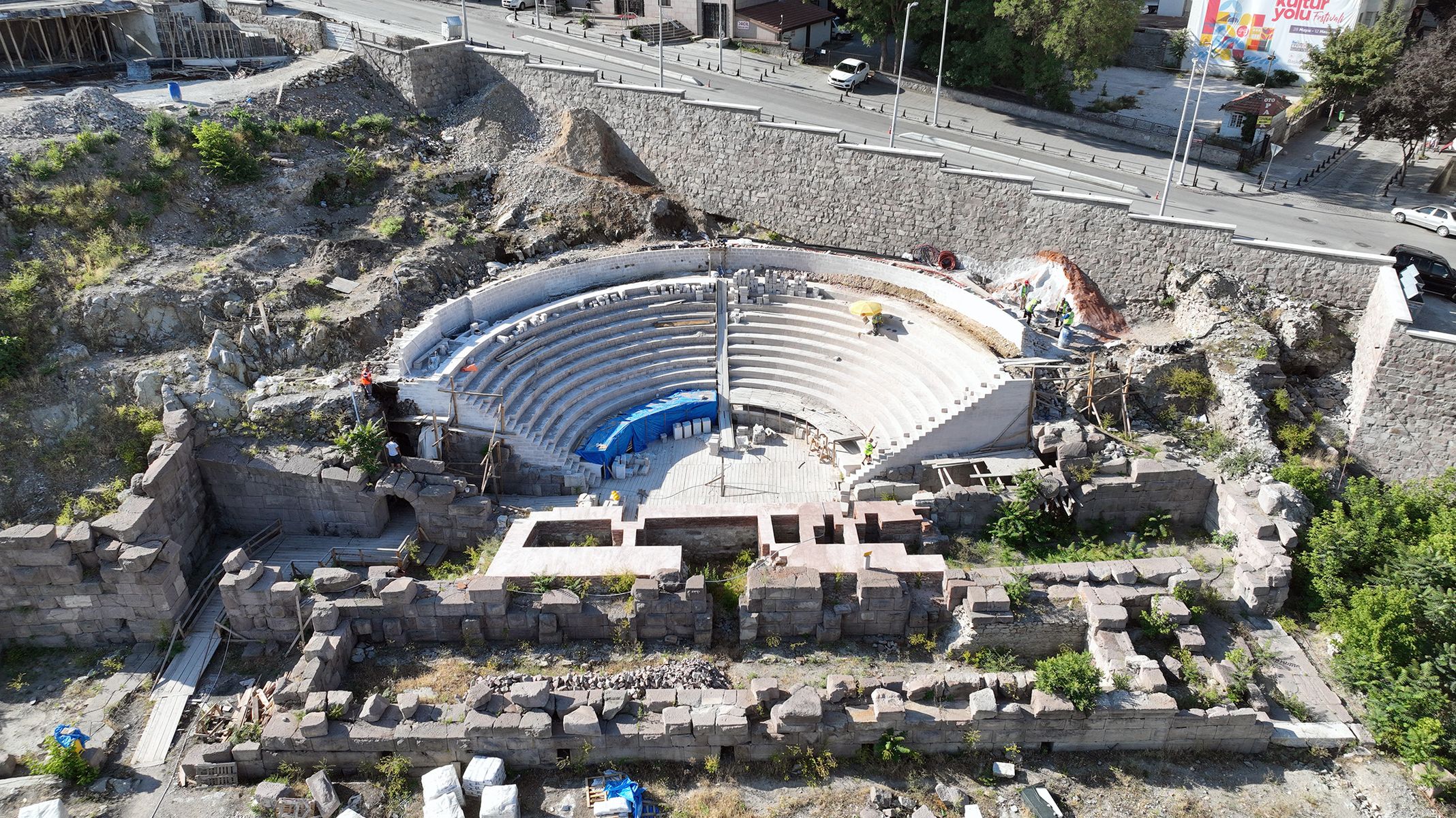 Award to Ankara Metropolitan Municipality from Association of Historic Cities

The Ankara Metropolitan Municipality has been deemed worthy of an award in the Competition to Encourage Projects and Practices for the Preservation of Historical and Cultural Heritage, organized for the 21st time this year by the Union of Historic Cities. At the ceremony held in Istanbul; Bekir Ödemiş, Head of the Cultural and Natural Heritage Department, received the Metin Sözen Conservation Grand Prize.

Ankara Metropolitan Municipality, which has signed projects that protect historical and cultural values ​​of Ankara, was awarded by the Union of Historic Cities.

In the competition to encourage projects and practices for the preservation of historical and cultural heritage, organized for the 21st time this year by the Union of Historic Towns (TKB), Professor Dr. The Grand Prize for Conservation, awarded on behalf from Metin Sözen, went to Ankara Metropolitan Municipality.

GRAND PRIZE FOR THE PROTECTION OF TEXTS

It was deemed worthy of the Union of Historic Towns’ “Metin Sözen Conservation Grand Prize”, to which it was included again after a long hiatus, together with the “Restoration Applications of the Roman Theater of Ankara and landscaping of the Archaeological Park” carried out by the Ankara Metropolitan Municipality, Department of Cultural and Natural Heritage.

During the award ceremony held at the Fatih Culture and Art Center; Bekir Ödemiş, head of ABB’s cultural and natural heritage department, received the “Grand Prize for Conservation Metin Sözen”. The award was presented to Ödemiş by the Mayor of the Metropolitan Municipality of Kahramanmaraş and the President of the Mandate of the Union of Historic Towns Hayrettin Güngör.

Work on the abandoned Roman theatre, believed to have been built between the 2nd and 3rd centuries AD, began in September 2020. Work carried out by the Department of Cultural and Natural Heritage, Directorate of Implementation and inspection should be completed by the end of 2022.

Within the framework of the service protocol signed between the Ankara Metropolitan Municipality and the General Directorate of Cultural Heritage and Museums of the Ministry of Culture and Tourism, the restoration project, the excavations of which were carried out under the supervision of the of the Anatolian civilizations, being used as an outdoor stage with an audience capacity of around 1500 people.

DESIGNED AS AN OPEN-AIR MUSEUM

In the project, which began in November 2021, Arkeopark landscaping applications are also being carried out with the aim of completing it by the end of 2022 at the same time as the restoration of the ancient theater.

Once the Archeopark is finished, in the space designed as an open-air museum where the excavation sites and finds will be exhibited; There will be workshops aimed at introducing and popularizing the science of archeology to children and young people, a thematic library for children and thematic exhibitions describing the historical layers of Ankara.