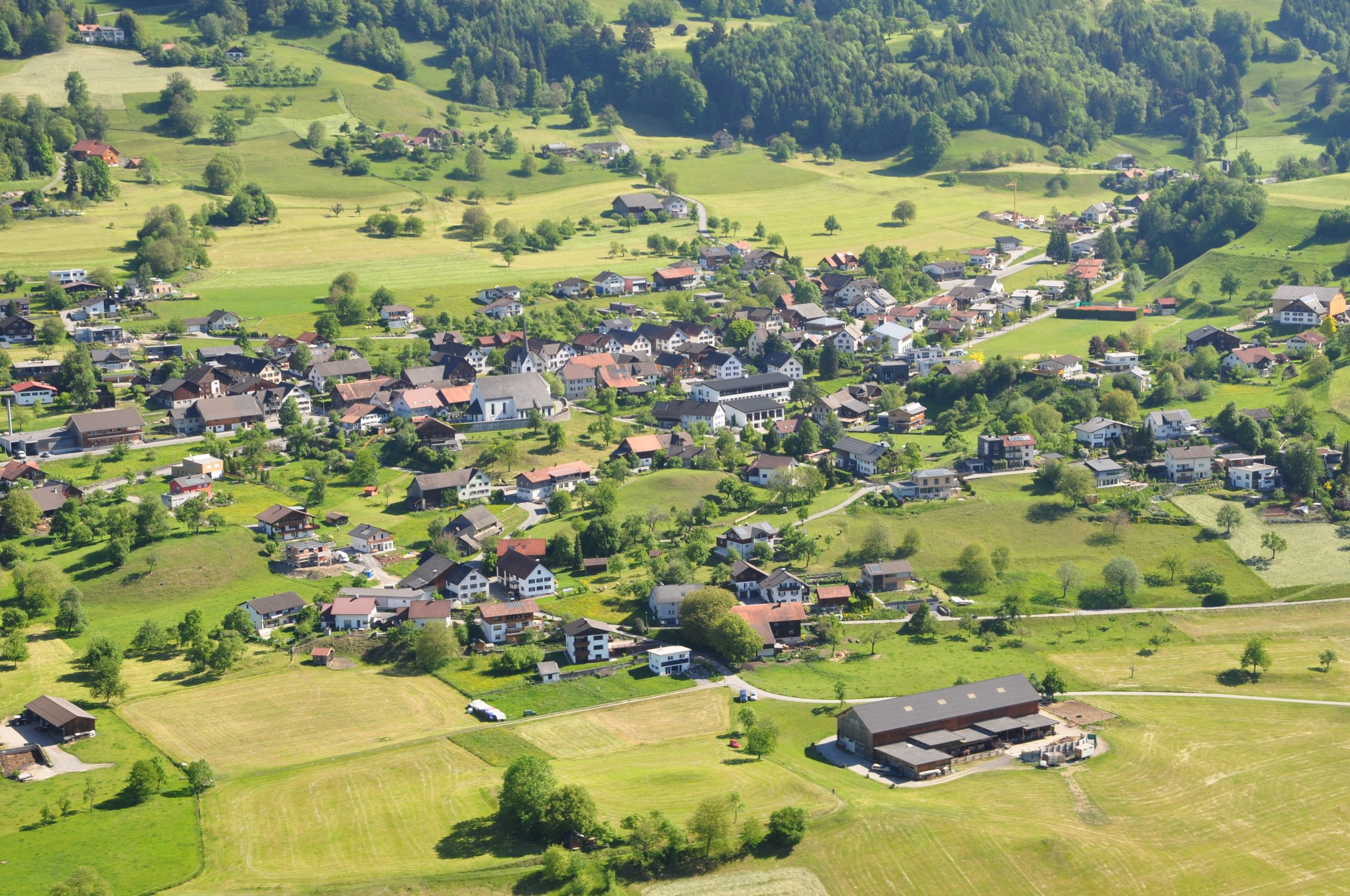 In Austria, every citizen can be part of the energy transition. This was decided in July 2021 with the Renewable Energy Expansion Act (EAG). It allows local citizen energy communities that generate electricity privately to trade it within the community on a neighborhood basis. With this law, the government wants to accelerate the expansion of renewable energies. It plans to invest one billion euros per year by 2030, promoting photovoltaic systems, wind power, hydroelectricity and biomass.

A particularly ambitious pilot project is underway in Schnifis in Vorarlberg, a municipality located in a narrow valley at 657 meters above sea level. Here, the municipality, local businesses and 30 citizens operate a Renewable Energy Community (REC) that goes beyond just trading electricity between neighbours. Instead, the renewable energy community is seen as an opportunity to democratize power generation. They have already reached an agreement on carbon insertion. This means that the partners invest in the production of electricity to make it progressively more sustainable and thus to make it locally effective for the climate. The additional costs incurred are invoiced at a fair price based on the price per kWh.

Project manager Mátyás Scheibler talks about a glocal Green Deal. This was made possible by a quasi-sectoral coupling of agriculture and the energy industry. This makes it possible to exploit the effects of agro-ecological synergy. The economy of the commune of 809 inhabitants is essentially based on agriculture. The starting point for the REC was a dairy farm that has a biogas plant as well as an alpine dairy that produces two million liters of whey per year, previously a waste product. In the REC, whey again becomes a valuable raw material as an input substrate for the operation of the biogas plant. Whey is co-fermented with slurry, producing biogas which is converted into electricity in a cogeneration plant. This electricity supplies the farm and the REC, which includes the alpine dairy. This creates a closed energy loop.

This is what Scheibler appreciates about biogas – the low-tech possibility of a valuable circular economy that has the potential to be a local carbon sink. What is fermented in the biogas plant sequesters exactly the amount of C02 released during subsequent biogas combustion. Biogas is therefore a CO₂-neutral renewable energy source. In the case of agriculture, the embodied energy involved must be deducted, for example, fuel for haymaking and feed. But it’s still climate-neutral, Scheibler says. Another thing in favor of biogas is its independence from the weather. This means that it can compensate for power grid fluctuations inherent in photovoltaic systems.

Want to be inspired 365 days a year? Here is the opportunity. We offer you one “origin of innovation” per day in a compact Telegram message. Seven days a week, delivered around 8:00 p.m. CET. Live from our newsroom. Sign up here, it’s free!

Also interesting: Austria is planning future-oriented infrastructure with the recovery and resilience facility

But it’s important to learn from past mistakes, Scheibler said. After all, in the biogas offensive of the 2000s, the focus was on economical electricity generation. As a result, corn and other energy crops in the eastern foothills of the Alps and parts of Germany are now monocultures of energy crops, says the biologist and expert in the field of biogas applications for slurry farms in the Alpine foothills. Moreover, pure slurry biogas plants have long been considered unprofitable. But now it is the manure that will ensure the continued operation of the existing biogas plants. Indeed, the use of solid manure and slurry for energy contributes significantly to the reduction of agricultural greenhouse gas emissions. The fermentation process can significantly reduce methane and nitrous oxide emissions that inevitably occur when farmyard manure is stored.

It also describes perhaps the Schnifis farmers’ greatest environmental contribution to green electricity generation. The biogas plant can work with both whey and slurry. An additional advantage of the biogas plant is that the fermented slurry causes significantly less odor nuisance for the inhabitants of the village.

Farmers also come up with their own individual solutions to reduce greenhouse gases. Nobody dictates to them. Inclusion in the environment and climate portfolio of REC Schnifis is renegotiated annually. An example of a greening measure is animal feed, for example.

The greenhouse gas reduction scenarios have been precisely measured and priced according to the quantity of electricity produced. To certify the quality of environmental and climate performance, the renewable energy community has implemented two low-threshold quality assurance processes that are also viable for small agricultural enterprises: the Eco-profit model and the Field Championship.

The Field Championship is a competition of used field managers suitable for the site. It is organized by the Department for Environmental and Climate Protection of the Land of Vorarlberg and supported by the Vorarlberg Nature Conservation Council.

The eco-profit model (Ökologisches Projekt Für Integrierte Umwelt-Technik) is a model for the sustainable development of a region. It introduces companies to company-specific precautionary principles of environmental protection – Cleaner Production – and enables them to develop an environmental program that is continually improved. At the same time, the model provides a solid basis for cooperation between the municipality and local businesses.

Smart electricity meters – called smart meters – have been installed at all players in the renewable energy community to monitor electricity production and consumption. The local network operator’s smart meter is connected by a sensor from the Cuculus company, collecting and sending data to a cloud via the household’s WIFI network every 15 minutes. A dynamic sharing key has been developed for power sharing between prosumers. Users can track power in real time and collect data on an online platform, and get advice for smart energy use.

The Software as a Service (SaaS) platform was developed in collaboration with ETH spin-off Exnaton. Two delivery approaches have been mapped into the pilot: one-to-many and many-to-many. From autumn 2022, every network operator in Austria will be able to implement many-to-many.

2022-03-17
Previous Post: Boston doctor, speaking to Russians, warns of nuclear war and ‘end of civilization’
Next Post: BC plastic ban: Tofino is the first municipality to ban single-use plastic cutlery