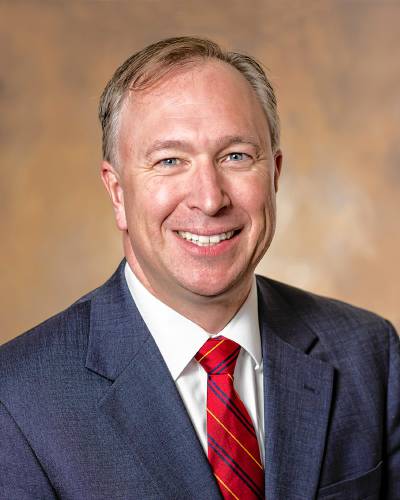 GARDNER – “It’s been an incredibly tough week at Heywood – probably one of the busiest and toughest weeks we’ve had since I’ve been there.”

So began the briefing from Heywood President and CEO Win Brown on Friday, January 7.

â€œWe have done an admirable job,â€ he continued. â€œI am really proud of the staff.

â€œI thanked them for all the hard work they did in the midst of this wave, which, quite frankly, is a bigger challenge than any waves we’ve seen so far – for multiple reasons.â€

Brown cautioned, however, that the local positivity rate was likely higher than reported.

â€œRemember that the positivity rate that we report,â€ he explained, â€œis really our test, and there are people who get a (test) quick at home and know they are. also positive. These do not show up in the numbers, so they are underreported. ”

Looking at statistics compiled since the start of the pandemic, Brown said the current level of prevalence in the community “exceeds” that of the region in the past.

As of Thursday, January 6, there were 328 active COVID cases in Athol; a new pandemic record.

The increase, he said, continues to put pressure on hospital resources.

“We had 29 hospital patients this morning,” he continued. â€œWe may have been discharged or taken in other patients, but we have 29 inpatients in the system right now, and I’m sure we have other patients under investigation awaiting their lab results. ”

â€œI am happy to announce that we will be having a monoclonal antibody service from the Athol Hospital campus (this) week which is a fantastic service to bring to our area. We have been working with the state on this, and we will be able to provide this service to people who have tested positive with COVID who need this service to help them alleviate their symptoms and recover faster. ”

Public health officials continue to urge anyone who can avail themselves of the COVID vaccine to do so.

A vaccination clinic is scheduled for Tuesday January 18 at the Athol Senior Center in Lord Pond Plaza. It will run from 10 a.m. to 2 p.m. The clinic – for people 12 years and older – will provide first-time boosters and vaccinations, as well as second doses, if needed. Pre-register by calling the Council on Aging at 978-249-8986. Some appointments will be available. People attending the clinic must bring their insurance and vaccination cards.

In addition to urging vaccination, the Athol Health Council recently issued an advisory recommending the wearing of masks or face covers indoors in public places, regardless of vaccination status. By the time the advisory was released on December 22, the positivity rate in Athol was just under nine percent and there were 125 active cases in the city. In just two weeks, that number has increased to over 200.

Greg Vine can be contacted at [email protected]