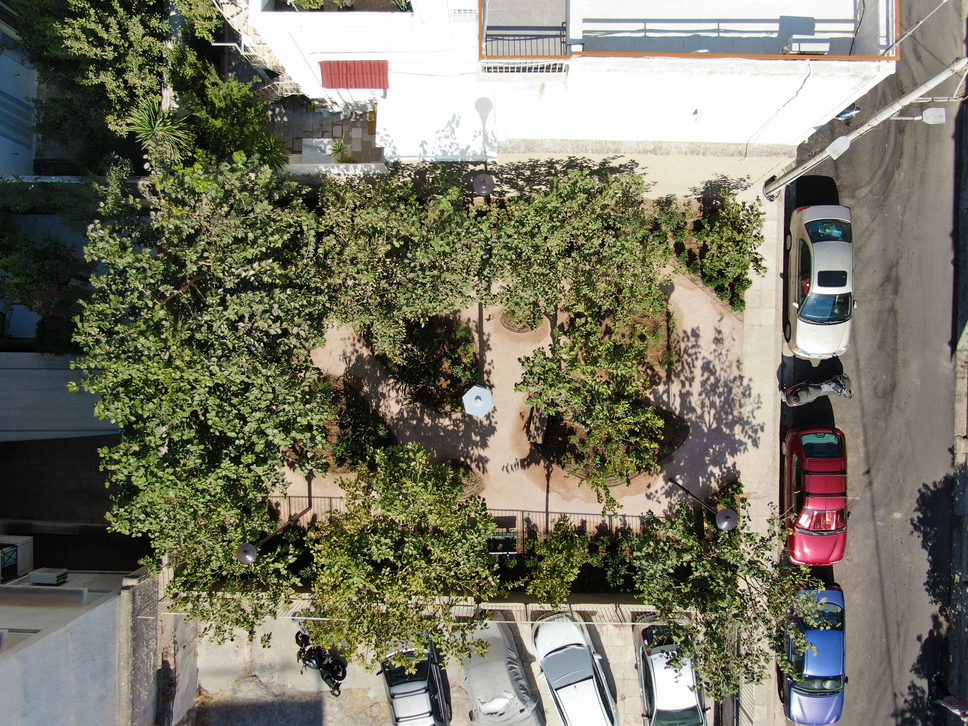 At Agios Artemios the 7th “pocket” park in Athens ATHENS 9.84

In Agios Artemios, in a densely populated area of â€‹â€‹Athens, also known as Gouva, the city’s 7th pocket park was “born”. With this park, the network of innovative bioclimatic green spaces is expanding, which aim to enhance the quality of life in the neighborhoods, to provide living space to the inhabitants and to breathe new life into the old abandoned neighborhoods.

Using the donation of Nova – member of United Group, the Municipality of Athens, through the “Adopt your city” program, creates a small but important “lung” of greenery in the region of Agios Artemios. In order to have completed the first ten pocket parks by the end of the year, the new intervention on Leagrou Street, confirms the intensive effort of the municipal authority to “green” the districts of Athens, the making it open and accessible to residents. and visitors.

The image “before” and “after” both inside the park and around it, shows the extent of the intervention in this Athenian district: two new large trees have been added to the existing trees, while a total of 250 perennials, blooming most months of the year, helped enhance the aesthetic image. Throughout the park, intensely flowering plants were placed on bordered hills, while at the rear of the park a green sugarcane â€œbackâ€ was created, hiding the concrete wall.

Around the park, two rows of tall evergreen shrubs have been planted: the exterior with oleanders and the interior with angelica flowers. All the walls have been painted around the perimeter, while the lighting has been enhanced with photovoltaic panels for the greatest possible safety of visitors as well as for the energy autonomy of the park. In addition, the irrigation system has been completely renovated, as well as the urban equipment so that visitors can interact in a green, shaded and safe space.

The 7th “pocket” park has changed another district of Athens, all together they will modernize the city.