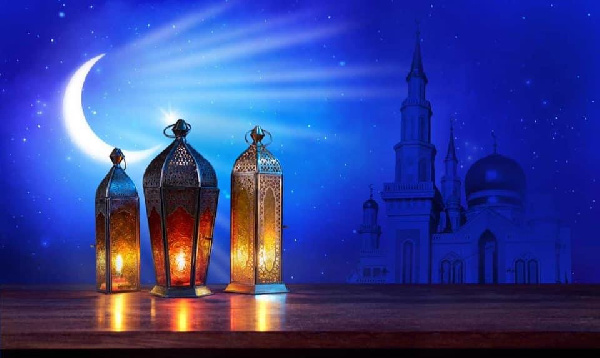 Ramadan is the holy month of fasting for Muslims

Deputy Superintendent of Police (ASP) Mr. Francis Okuntey, Police Officer in the Presidency donated to the Muslim community in support of this year’s Ramadan at Dormabin in Krachi East Municipality of Oti Region .

Items include bags of rice, bags of sugar, boxes of tea leaves, packets of canned milk, boxes of Quaker oats and boxes of Milo to be distributed to Muslims who worship in more than 10 mosques in the community.

ASP Okuntey told the Ghana News Agency (GNA) that the donation will help followers of Islam during the holy month as they seek Allah’s intervention, mercy and bounty.

He said associating with the holy month of Ramadan by donating food items to Muslim communities is part of his social responsibility.

Mr Okuntey said the month of Ramadan represents a time when Muslims step up the existing practice of almsgiving, feeding the poor and needy with the hope of Allah’s mercy.

He said the Muslim community has contributed to the development of Dormabin and the donation will strengthen the relationships formed over the years.

On receiving the items, Mr. Gariba Sofo, Chief Imam expressed his gratitude to Mr. Okuntey for his kind gesture and prayed to the Almighty for blessings.

He gave the assurance that there would be coexistence between the Muslim community of Dormabin and another religious group.

He advised all Muslims to observe and maintain peace throughout the period of Ramadan and beyond.

2022-04-10
Previous Post: The Municipality of Paphos and the American University of Beirut sign an agreement for the creation of a new campus in Cyprus
Next Post: A ‘bomb’ thrown at the residence of the president of the municipality of Odisha – Reuters