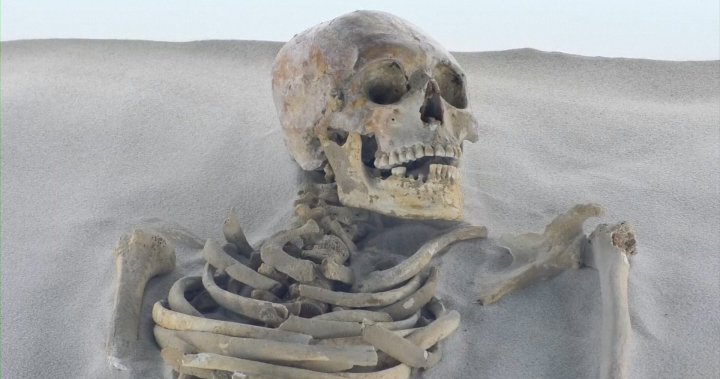 Mexican archaeologists have discovered sets of human remains from the early ancestors of the Mayan civilization that may be as old as 7,000 years old, officials reported on August 7.

According to archaeologists at a press conference in Mexico City, three sets of human remains were discovered in the Puyil cave located in the municipality of Tacotalpa, in the state of Tabasco, in southern Mexico.

One of the sets of human remains is believed to date back to the pre-Classic era of the Mayan civilization, making it up to 7,000 years old. The other two skeletons are estimated to be around 4000 years old.

These ancient Mayan remains are exhibited at the Anthropology Museum of the capital on the occasion of the exhibition “Puyil: the cave of the ancestors”. People can view the remains as well as find other artifacts discovered in the area such as ceramics and pieces of jade.

The Mayans were among the great ancient civilizations of Mesoamerica, building cities with elaborate ceremonial centers and slender stone pyramids in present-day Mexico, Honduras, Guatemala and El Salvador.

They dominated the region for around 2,000 years before the ancient civilization mysteriously abandoned its cities around AD 900.