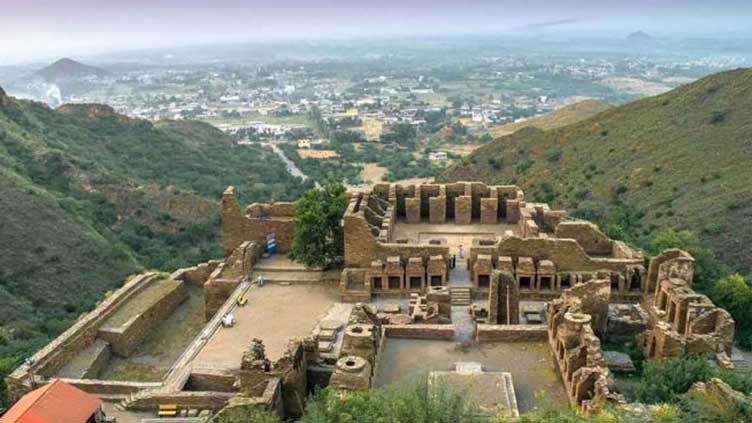 MINGORA – Known as the land of Gandhara civilization and archaeological wonders, Swat – formerly known as the Kingdom of Uddiyana where each stupa and carved stone has its own story – attracts domestic and foreign tourists in droves every year .

Tourists are seen in large numbers at the historical stupas of Amlok Dara, Shingardar and Gumbatona, in addition to the Ghaligay Buddha statue and the archaeological remains of Shahkot Pass Elephant’s Foot, Queen’s Throne and Stupa Nemogram.

The late Prince of Swat, Miangul Adnan Aurangzeb had invited Arayawangso two years ago to visit the rich archaeological valley of Swat. Arayawangso wrote a detailed book on the significance and placement of Ghandhara in the Buddhist world, calling it the land of wisdom and enlightenment. Along with his disciples, Arayawangso visited different Buddhist heritage sites where he paid homage.

Praising the rich and multicultural heritage of Pakistan, he encouraged people to visit Swat to promote religious tourism and commended the tireless efforts of the KP Government and the KP Directorate of Archeology and Museums for the preservation and maintenance of these sites.

A 2,000-year-old Buddhist site from the Kushan era also attracts tourists, Buddhists and monks every year. As the largest such complex in the region, the Buddhist site of Aabba Sahib Cheena Village in Najigram, about 25 kilometers from Mingora city, has a historic stupa with two minarets and clay pots that carry tourists in past history.

“Swat is home to Gandara and many other civilizations and its archaeological treasures are beyond imagination in addition to its glorious history,” Mian Wahab Shah, senior curator of the Department of Archeology and Museums, told APP.

He said a visitor could not remain indifferent after visiting the Swat Museum, rich in artifacts and statutes, located on the Mingora-Saidu Sharif road, where the statute of Lord Buddha takes tourists and archaeologists to a past. ancient.

Wahab said excavations at this Buddhist site began by Italian experts in 1930 and then stopped mainly due to lack of resources. However, work was resumed in 1955 by another Italian mission, declaring it a large-scale Buddhist site with a history dating back around 2,000 years, he added.

He said that Swat was an important province of Persia during the reign of King Darrius I (522-486 BC) for 200 years until Alexander the Great conquered it in 327 BC and the Mauryan dynasty took over Swat in 305 BC.

This was followed by Parthian rule over the region some 55 years later, while Western Hellenistic influence came with the arrival of the Indo-Greeks around 180 BC, he added.

Buddhism had flourished when King Kushan Kanishka (127-150 AD) converted there and from there Buddhism traveled to China, Japan and beyond. Swat has been one of the most important centers of Gandhara civilization since the first century BC and nurtured other civilizations at the same time as Kanishka also supported other religions, he added.

Wahab further stated that the Gandhara civilization moved along the Indus river through Talia into the interior of Sindh and that Kanishka’s contribution to Buddhist architecture was the construction of Kanishka Stupa in Peshawar . Archaeologists, who found its base in 1908-9, found that this stupa had a diameter of 286 feet (87 meters) and was covered with jewels.

He said that Kanishka convened the fourth Buddhist council in Peshawar in 78 AD and around 500 Buddhist monks, who attended the council, worked on preserving the oral traditions of Buddha and fully supported the Gandhara culture. The entire life cycle of Buddha was carved in stone, which is still available at the Peshawar museum where the Buddhist scriptures were kept, Wahab added.

Former Provincial Minister Wajid Ali Khan, in an interview with APP, said, “A lot of people talk about the natural beauty, rivers, lakes and snowfalls of Swat, but its real beauty is to be the home of the Gandhara civilization which flourished over the centuries.”

He further stated that the Swat Museum has a wide range of collections of Buddhist stupas and Gandhara artifacts, carvings in addition to utensils, beads, figurines, stones and coins from the ancient times. .

Engr Faras Khan, a resident of Peshawar, told APP that he had heard a lot about the treasures of the Swat museum and came here from Peshawar to personally see the statutes of Lord Buddha and ancient artifacts taking tourists in an ancient past.

He suggested showcasing these archaeological treasures through digital and social media to attract foreign tourists and bring economic prosperity not only to Swat or KP but also to the whole country.