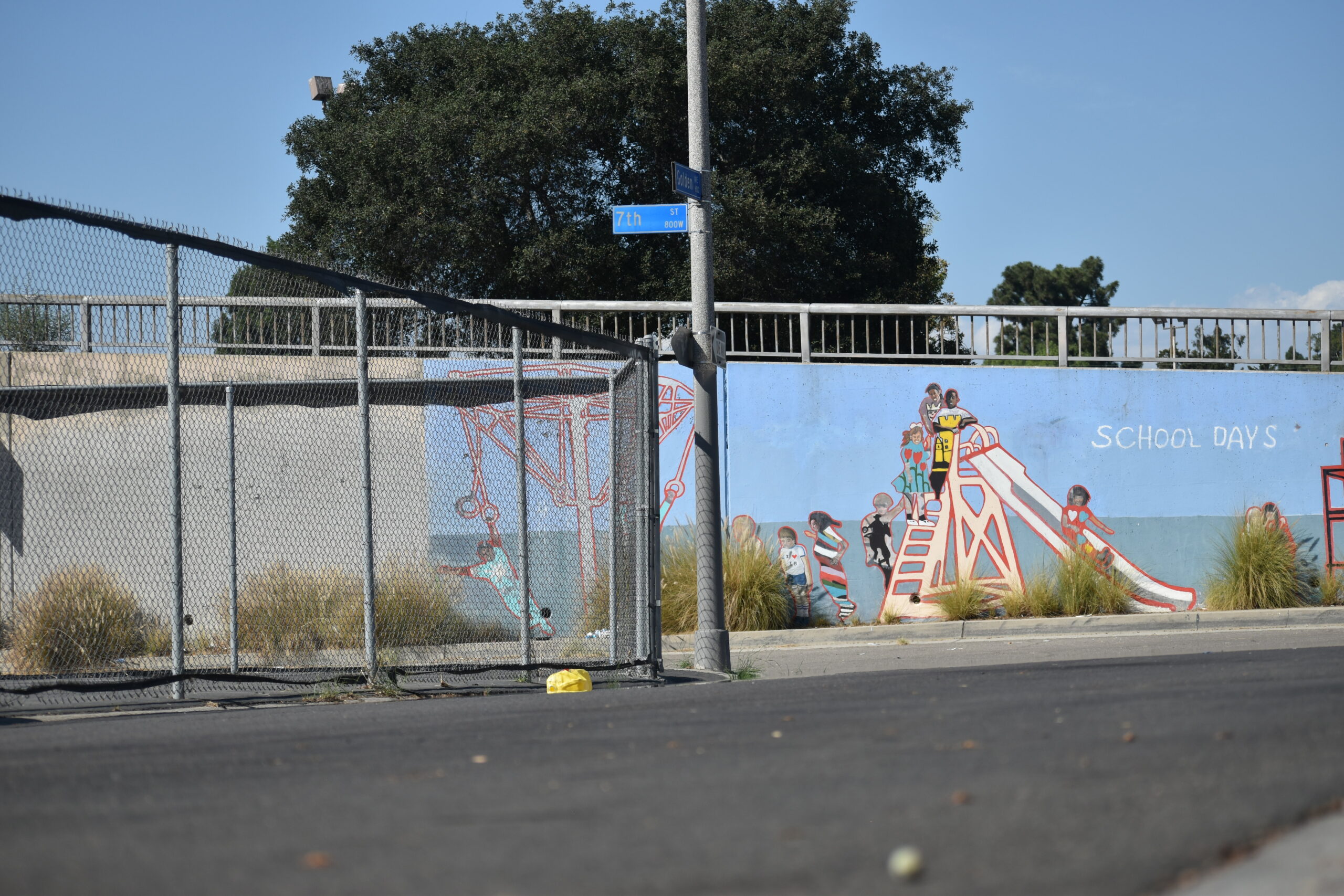 A distillery next to a primary school? Community groups say they were caught off guard by the plan • Long Beach Post News

At a Tuesday press conference, organizers Latinos in Action-California and Centro CHA said they were blindsided by news that El Segundo-based R6 distillery would open its second location in Long Beach, with plans for an 18,500-square-foot warehouse that will include “space for more food and drink — and a machine that can sanitize, fill, and label 1,000 bottles in about 25 minutes,” according to an article in the Los Angeles Times last October.

At Tuesday’s press conference, community members said they only learned about the major development from the newspaper article. Many speakers objected, saying they were worried about liquor sales in a community already burdened by too many liquor stores and the pollution the distillery might bring. But, they said, their concerns went unaddressed.

“We have communicated with all the local elected officials in this area. … Nobody answered. Nobody admitted knowing about the project,” said Armando Vasquez Ramos, president and CEO of the nonprofit California-Mexico Center for Studies, which organized the press conference to draw attention. attention to the planned development.

David Salazar, planning consultant for the California-Mexico Studies Center, speaks to the media and members of the community during a press conference on the development of the R6 distillery at 601 Golden Avenue in Long Beach on September 27, 2022 Photo by Laura Anaya-Morga.

Ramos said residents were left out of the decision, which will greatly affect people in the area and the children who go to school there. He called on the city to invest in parks and community-centered economic development instead of a project he saw as gentrification.

The Long Beach Developmental Services Department was unable to immediately respond to detailed questions about the development, but a representative said the department is aware of a proposed project and pointed to filings for the R6 distillery which were made public in December 2021.

These plans show that the distillery intends to use the entire 18,708 square foot lot on Golden Avenue between Sixth and Seventh Streets. It will be fully equipped with a manufacturing area, tasting room, commercial kitchen, offices, parking and an outdoor dining area, according to the comprehensive planning document.

Rubens told the Post that plans for the R6 distillery, an investment of more than $11 million, have since been approved by the city and he hopes to be open within the next 12 to 14 months. In response to community opposition, he wrote, “We proactively met with Edison Elementary School leaders to discuss our plans prior to signing our long-term lease.

“Our project at 601 Golden will not only help accelerate the gentrification of the area adjacent to Edison Elementary and west of Long Beach, where there are currently a number of homeless and transient drug addicts, but also to provide more than 30 jobs to the community and help do its part to keep the adjacent park clean,” Rubens wrote.

The neighborhood around the planned distillery is over 41% Latino, and much of this community faces issues of poverty and rent burdens. Between 31% and 40% of households in this area did not have internet access according to census tract data from 2015 to 2019.

“If this problem were to occur in another ZIP code, … we wouldn’t have this problem,” said Cal State Long Beach student David Espinoza, who was briefed on the development earlier in the day. In a low-income neighborhood like this, he says, residents “are not considered.” 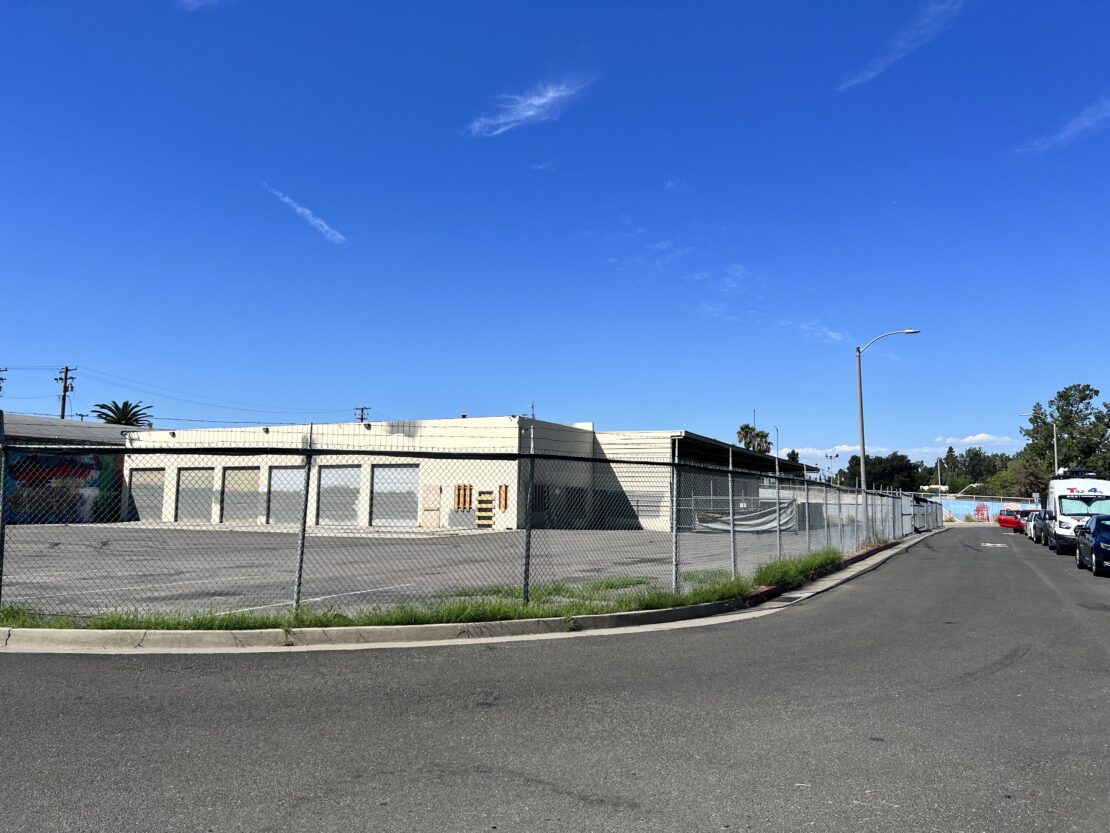 The former U.S. Postal Service Building and Hoonigan Industries Headquarters is the proposed location for the R6 Distillery at 601 Golden Avenue in Long Beach on September 27, 2022. Photo by Laura Anaya-Morga.

Although the city has some rules in place to prohibit the development of distilleries near schools, the proposed location is an exception. An ordinance put in place by the City Council in 2015 states that liquor manufacturers, such as distilleries, “cannot be located within five hundred (500) feet of the nearest property line of any kindergarten , kindergarten, primary, secondary or high school.”, although an exception is made for those located in planned development areas such as PD-30 downtown.

The ordinance also states that a manufacturer’s size cannot exceed more than six thousand square feet unless they receive a conditional use permit. According to the Development Services website, a permit is approved if the Planning Commission can conclude “that the use will not adversely affect the community.”

Although the development of the R6 distillery plans to use more than three times the permitted space, Rubens said he has not yet submitted an application for a conditional use permit.

Councilwoman Mary Zendejas, who represents District 1, said in a statement, “Municipal code currently permits a distillery at the location noted. … I was not involved in passing the original ordinance to allow downtown distilleries without stamps. However, I am considering proposing an item to review the distance that future distilleries can operate from downtown schools.

Latinos in Action-California, Centro CHA and the California-Mexico Studies Center are now calling for more transparency in the city’s approval process. Stakeholders said on Tuesday they wanted a full public review of the development and an environmental analysis to understand the adverse effects of opening the distillery near a residential area, school and park.

They also feared that the development would deny them the opportunity to have more green spaces.

Cesar E. Chavez Park, right next to the proposed facility, has been the focus of major community investment for decades, but little progress has been made toward meeting the city’s goals for a park expansion plan. park that aims to connect it to nearby Drake Park, two severely underserved areas, according to the city.

The Drake-Chavez master plan was approved by city council in 2009, but as of March $10 million in proposed funding had failed to materialize for the multiple parts of the project that could eventually connect Drake Park, which is located between Anaheim and Seventh Streets, with Cesar E. Chavez and Santa Cruz Parks terminating at Ocean Boulevard.

The city listed the Drake-Chavez project as one of its priority projects for the year.

It is unclear whether the R6 Distillery development will affect the city’s plans for the park expansion – 601 Golden Avenue was not included in previous renderings of the project. Long Beach Parks, Recreation and Marine did not immediately respond to questions regarding the current status of the Drake-Chavez master plan.

Cesar E. Chavez Park is also set to house a Latino cultural center and El Mercado de Long Beach, a project that Centro CHA had spent years championing. This month, the city council approved a five-year, $4 million deal to create the cultural center, but news of the distillery dampened the celebration, according to Centro CHA executive director Jessica Quintana.

Quintana, who grew up in the neighborhood and attended Edison Elementary School, remembers walking to school and to Drake Park to play. “The community was safe at the time,” she said. Today, the First District faces issues related to poverty, violence, immigration, pollution and inequality, Quintana said.

“If you really want to invest in our children and invest in the environment they live in, you have to have better land use in the way we develop things,” she said.

On Tuesday afternoon, as students walked out of school, parents were largely unaware of the proposed distillery. One parent, Andy Olivares, said that although he hadn’t heard of the development, he was indifferent to it.

Another parent, Mia Anderson, pointed to traffic clogging Seventh Street as parents drove in and out of the street parking lot to pick up their children. This is the only access point to the proposed location at the end of the road. “Do you see that here? How will it work if they create a distillery right there?