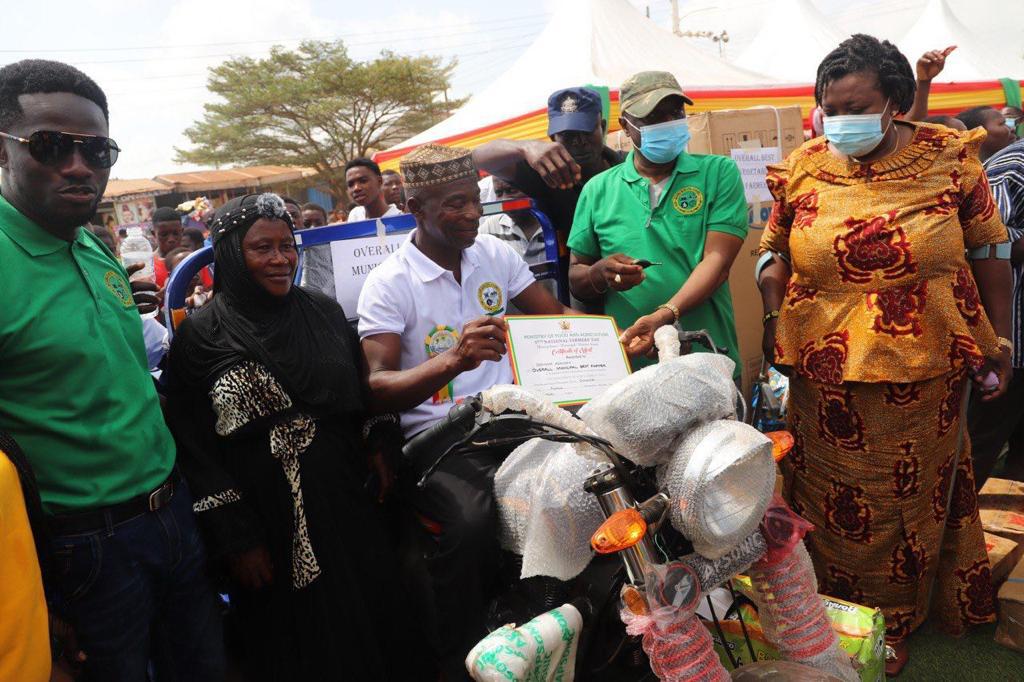 54-year-old man is the best farmer in Asokwa Municipality

Ibrahim Asamoah, 54, from Tatale in the Northern Region, established himself as the top farmer in Asokwa Municipality in Ashanti Region on the 37th National Farmers’ Day.

For his prize, he won a tricycle (called an aboboyaa), certificate, Wellington boots, a standing fan and other agricultural inputs.

He became the third person to win the award for best farmer since his inception in the municipality.

Mr. Asamoah is engaged in animal husbandry, raising animals such as pigs, goats and sheep and is also involved in poultry farming.

He also practices agriculture and owns a cocoa plantation.

Speaking at the event, Asokwa Municipal Chief Executive Mr. Akwannuasah Gyimah praised the farmers for their hard work which has supported the nation all these years.

He said that although the municipality was very urban, many residents were engaged in agriculture and the area was one of the main vegetable producers in the region.

â€œAbout two-thirds of all vegetables sold in markets in Kumasi and its surrounding districts come from Asokwa,â€ he said.

He told the market gardeners that the Minister of Food and Agriculture, Dr Owusu Afriyie Akoto, had honored a promise he made last year and bought a refrigerated van for the rapid transport of vegetables to Accra for local consumption and export to international markets.

For her part, Ms. Martha Ashami Armah, Municipal Director of Agriculture, advised farmers to keep proper records to help them see the progress or order in their farming activities.

She also urged them to use improved planting materials such as seeds and to practice good agricultural practices (GAP) to enable them to fully benefit from agriculture.